Checking up on your coverage: The IUD removal saga 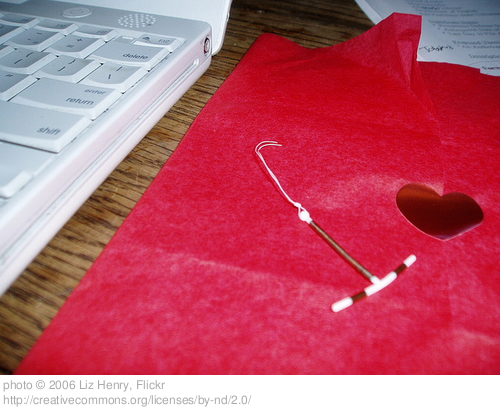 There’s no question about it: IUD’s are making a comeback in a big way.

Though roughly 5.5 per cent of women using contraception choose the IUD as opposed to 28 percent using birth control pills, IUD’s — intrauterine devices — are on the rise.  Unlike birth control pills, which you must remember to take every day, the IUD requires a one-time insertion (and one-time insertion fee), and can last up to 12  years, making this an attractive choice for some women.

But for nearly 1,000 women, the downside of using an IUD came when they tried to remove the device — and had to battle their physicians to do it free of charge.On woman in Seattle had loved her IUD, until she decided she wanted to take it out and try to have a child. When she contacted her physician to have the device removed, her doctor refused to cover the cost of IUD removal. After contacting the Office of the Insurance Commissioner, she learned that 984 women also had their coverage denied by their physicians. Regence BlueShield claimed that wanting to remove a device simply because a woman wants to get pregnant is not “medically necessary” therefore is not covered. After an investigation, however, Regence was forced to pay $100,000 in fines, in addition to eight percent interest to each policyholder whose claim was denied.

State laws vary when it comes to IUD removal and contraceptive coverage. Washington state has a contraceptive equity law requiring insurers to treat contraceptives like any other outpatient procedure. There are similar laws in 28 states, but what it all means can be confusing and unclear. The Guttmacher Institute recently published a report outlining the coverage of contraceptives offered by these 28 states. If you live in one of these places, make sure you know your rights; after the woman from Seattle won her battle, the insurance commissioner encouraged people  to understand their rights, and speak up if and when they feel they are victims of illegal practices.

“There’s an important lesson here,” the state insurance commissioner, Mike Kreidler, said in a news release. “If you believe you’ve been unjustly denied coverage, don’t just accept it; call us … One woman’s call to our office resulted in coverage for nearly a thousand other women.”

Do you have an IUD, or have you ever had an IUD? Do you like it? Have you ever had any problems associated with your IUD, or insurance coverage of contraceptives? Tell us about it! E-mail: info [at] clearhealthcosts [dot] com.