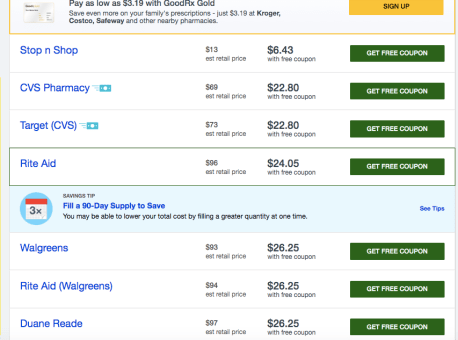 “The price of my medication, Losartan for high blood pressure, jumped last month.

“I take the 100 mg size. It went from $13 a month to $63 a month on my insurance, via Cigna. The medication is a generic for Benicar, so I was surprised at the price jump.

“They told me at the drugstore that it was the Insurance company who raised the price.

“I called my insurer and they said that it was the drug manufacturer who raised the price….

“I looked around to find what happened and where I could get it cheaper. A friend told me I could get it for under $13 at Costco, but there’s not a Costco near me in Brooklyn.

“All the pharmacies near me were in the same price range.

“I checked on GoodRx at her suggestion, but couldn’t find a better price near me.

The next month, she asked about the price again. She went on GoodRx and found this medication for $22.80-$26.25 in my neighborhood. (See screenshot). 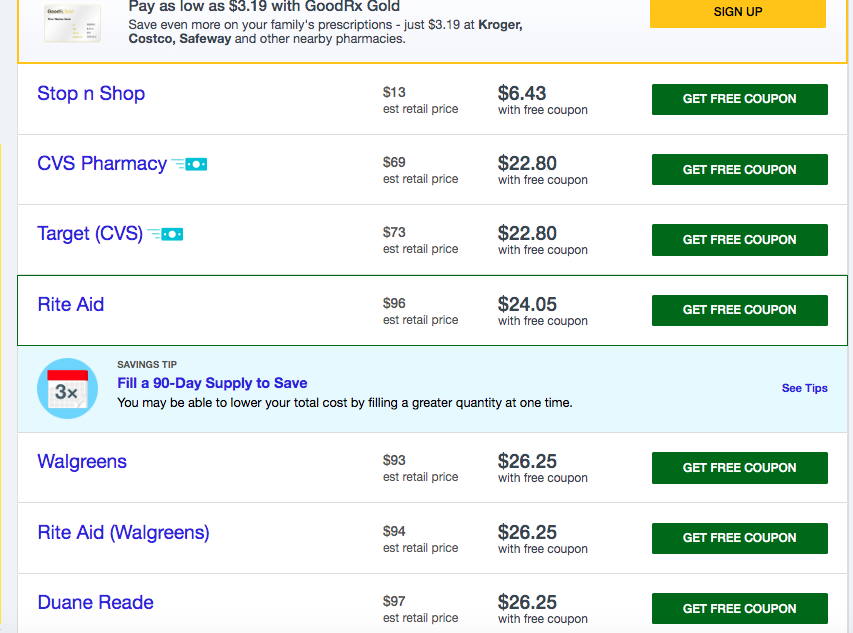 Drugs.com, the first citation on the web, has it for about $1 a pill. 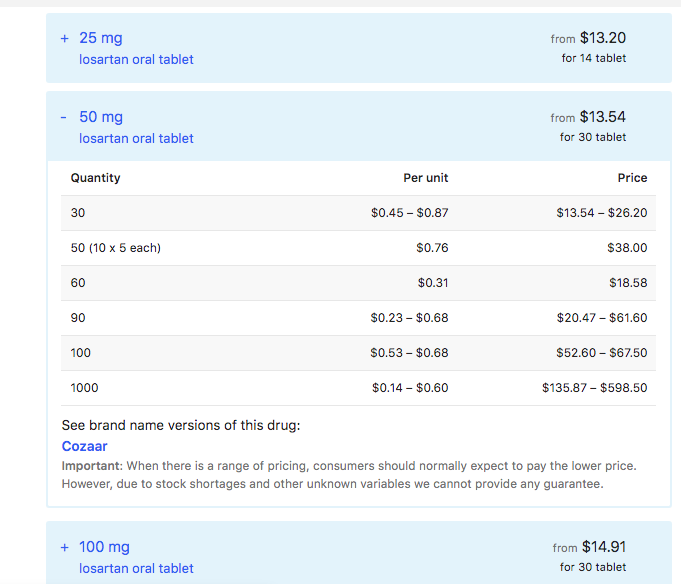 And finally, the next month, she wrote: “The price mysteriously dropped back down to $12 a month.”

We tried to research the reasons for such a price increase, but we are aware that these things happen regularly. Here’s the ace reporter Charlie Ornstein writing about how random the pricing for a prescription was for his family.

Here’s an article about contaminated blood pressure medications, including Losartan, from January 2019, which speaks about how the problem with contaminated drugs had a ripple effect among other manufacturers who raised their prices. “Drug companies recalled hundreds of lots of the blood pressure and heart medications valsartan, losartan and irbesartan after testing revealed the drugs had trace amounts of the probable carcinogen N-Nitrosodimethylamine, or NDMA.”