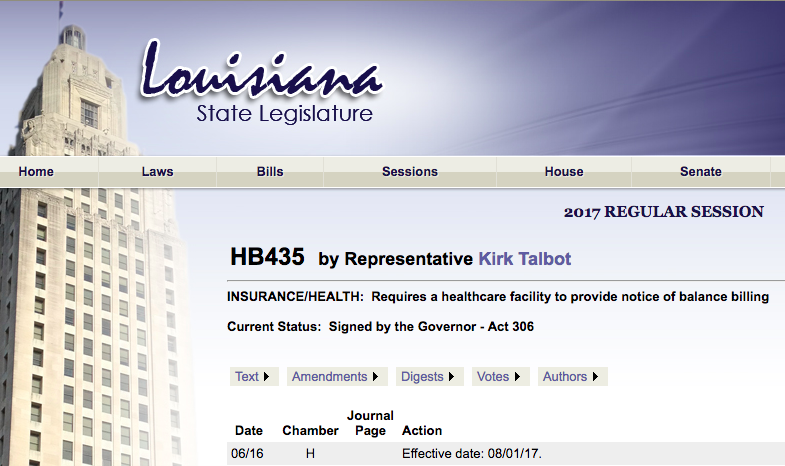 A bill requiring that people be notified in advance of potential balance billing at a health care facility in Louisiana passed the Legislature in Baton Rouge and was signed into law by the governor. While we aren’t able to say that our work in New Orleans was the cause of the bill’s passage, we did […]

How we can help you — without individualized consultations

We know more than anyone how frustrating this is and how you — and many others — wish for us to solve this mess. Sadly, as a small startup, we are not able to give individualized consultations. But! We have some great resources. Start here: How to find out what stuff costs in advance How to argue […]

(Updated, 2021) Buying prescription drugs can be an adventure. Are you insured? Is it covered? Does your plan cover not this medication, but another? Was it $30 last month and now it’s $400? Yikes. There are often not easy answers. But try this: For each medication you are taking, follow these simple steps. It won’t […]

How to read a bill or explanation of benefits: Know the tricks

The insurance company’s “explanation of benefits” explains nothing. In fact it often confuses matters more. Also: People believe their insurance companies are paying more than they really are, because quite often the explanation of benefits leads to that conclusion. When I founded this company, a major impetus was the fact that people told us they […]

Remedy, a startup company that raised nearly $2 million to build a business arguing people’s medical bills for them, has folded after around two years in business. Victor Echevarria, one of the founders, wrote on Medium recently: “It is with a heavy heart that we announce the end of Remedy today. Above all, we want […]

“The box of prescription drugs had been forgotten in a back closet of a retail pharmacy for so long that some of the pills predated the 1969 moon landing,” Marshall Allen writes at ProPublica. “Most were 30 to 40 years past their expiration dates — possibly toxic, probably worthless. But to Lee Cantrell, who helps […]

“Your investigations are extraordinary and a real benefit to the public​.” “Keep up this Awesome Investigative Journalism!!!” “On behalf of everyone, we greatly appreciate your research and attention to this matter.” There’s been a lot of talk lately in the news industry about restoring trust in journalism. Accusations of “fake news,” clickbait and irrelevancy are common […]

The hidden subsidy that helps pay for health insurance: The New York Times

“As Republican senators work to fix their troubled health care bill, there is one giant health insurance subsidy no one is talking about. It is bigger than any offered under the Affordable Care Act — subsidies some Republicans loathe as handouts — and costs the federal government $250 billion in lost tax revenue every year,” […] 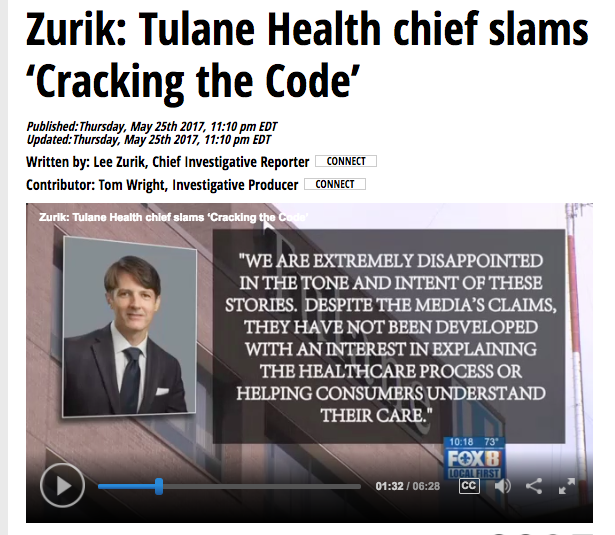 As we wrap up our first three weeks of reporting on health care pricing in the New Orleans metro area, we’ve learned a lot. We’ve been able to save some people large amounts of money — and the medical establishment in the area is not universally happy with our work. “Tulane Medical Center president and […]