How to shop smart for medications: A simple binder method

This post about how to buy medications thoughtfully as a smart consumer appeared on one of my online groups. I thought it was so wise that I asked the author if I could post it here, and she agreed. The writer is Moyra Phillips, Huntsville, Ala., who identifies herself as “a wife, mother, grandmother.” The […]

‘Looking through my eyes’ — a saga of lupus and health care

This piece is reposted with permission from Costs of Care, a 501(c)(3) nonprofit based in Boston, which has as its misison expanding the national discourse on the role of doctors, nurses, and other care providers in health care spending, while empowering providers with the information they need to deflate medical bills on a grassroots level. * * […]

Acts of healing, and of overcharging: Contributors on their mammograms

SUMMARY: Amazing acts of healing and grace — and upsetting episodes of overcharging. That’s what our contributors told us about in our joint project with the Brian Lehrer show on WNYC crowdsourcing the price of mammograms.

An accident and the consequences: Uninsured in Los Angeles

We’re inviting people to share their stories of the health-care marketplace. Here’s one, as told to Elizabeth Celms. While these stories talk a lot about insurance, this site is generally about price transparency — and of course, insurance and price transparency have a lot of overlap. The number of uninsured people is around 50 million in […] 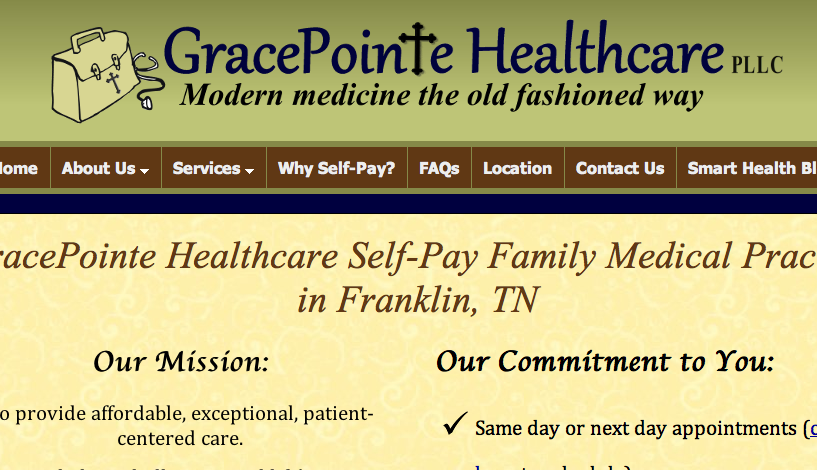 A health clinic where all the prices are posted up front. A visit for $40? A lab test for $10? It’s GracePointe clinic, in Franklin, Tenn.

Why do hospital costs vary so much?

Hospital costs vary widely. The reasons are often in dispute. The value of analysis, though, is clear. “[N]early 30 percent of Medicare‟s costs could be saved without negatively affecting health outcomes if spending in high- and medium-cost areas could be reduced to the level in low-cost areas—and those estimates could probably be extrapolated to the […]

Welcome to ClearHealthCosts We’re a journalism company from New York City bringing transparency to the health care marketplace by telling people what stuff costs. People should be able to know what things cost in health care. If you knew that your MRI could cost $350 or $6,200, maybe you’d choose a different provider. Maybe you’d […]