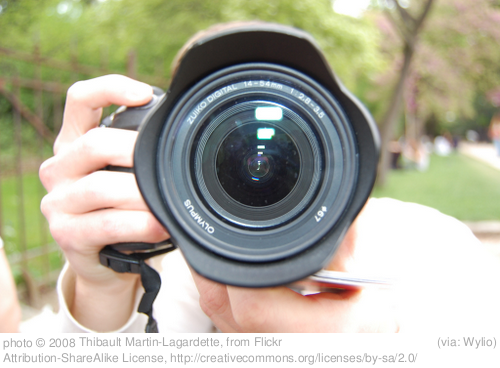 We’re inviting people to share their stories of the health-care marketplace. Here’s the first, as told to Juliet Linderman.

Chris is a 24-year-old freelance photographer living in New York City without health insurance. Two years ago, he was in Chelsea at a crowded networking event when he started feeling faint, dizzy and breathless. His chest felt tight, and he was having trouble breathing. He decided to go up to the roof to cool down, but the pain in his chest was getting worse.

Chris had  worked as an E.M.T., and he thought he was having a heart attack. He took a cab to the emergency room. Upon arrival, he waited two hours to be seen by a nurse, who measured his pulse. She assured him he wasn’t having a heart attack, and took the rest of his vital signs. After the nurse measured his breathing, she put him on a gurney and rolled him into the nurses’ station, where he waited for another hour. Finally, the nurse returned and took another breathing test and  a chest X-ray.  Chris explained to the nurse that he didn’t have health insurance, and didn’t want any necessary tests or procedures.

Her response was grave: She told him that his lung was 85% collapsed, and that unless he had emergency surgery, he would die before morning.

“She told me she was going to do an X-ray because she thought my lung was collapsed,” he said. “She told me if that was the case I’d need emergency surgery. I told her I was uninsured so I didn’t want any unnecessary procedures. I was O.K. with surgery if I needed it to save my life, but no bells and whistles. She said they’d do their best. After the X-ray, they told me to sign these papers because if they didn’t do the surgery I was going to die.”

Shortly thereafter, Chris had surgery. It took several hours, and was considered a success: the doctor   sealed off the part of Chris’s left lung that experienced the collapse. When he woke up, he asked if he could be discharged, to avoid an even higher hospital bill.

“They told me they could release me against medical advice but that I should really stay,” he said. “I agreed to stay for one more hour. The nurse said ideally they’d keep me for longer, but if I really needed to leave she’d bring the discharge papers. I signed them, and checked myself out.”

A few days later, Chris received a bill for $23,000, including an item for a hospital bed and room, which he never received as part of his care. Feeling overwhelmed, Chris paid the fee in full, emptying his entire life savings.

“It was more money than I’d ever spent in my whole life,” he said. “I should have tried to protest, but I didn’t know what health care was supposed to cost, and I just wanted it to be over. But after that, I had no money left.”

A few weeks later,  desperate for work, he took a job as a prop assistant on a photo shoot a friend was organizing in upstate New York. Though he had been instructed not to lift anything heavier than a phone book, Chris picked up a 50-pound sandbag to arrange for the shoot. When he put it down, he felt the same pain in his chest that he had felt initially, and knew something was wrong. At first, he thought he may have pulled a stitch, but when the pain didn’t subside, went to the emergency room again, this time to a private hospital.  The doctor told him that his lung was collapsing again, and he would need a second emergency surgery. Chris agreed, again telling the doctor that he had no health insurance. A few days later, Chris received another bill in the mail, this time for $20,000.

“The surgery was partly covered by the production company — the insurance covered half or one-third of the cost — but out of pocket I had to pay $20,000,” he said. “I asked for a payment plan and there were two options: one was to pay a bit more over nine months, or pay 10 percent less and pay upfront. I still had to pay $3,000 upfront. It was everything that was left in my bank account. It took me nine months to pay it off, but the payments were high — it was like paying rent twice. It led to me having to turn down jobs, because as a photographer I’d incur expenses upfront and get paid later and I couldn’t do that anymore. I couldn’t take on new clients or fund any personal work. I had to take on a day job.”

Today, Chris is still uninsured, even though he knows he is always at risk because he can’t afford the monthly payments.

“I believe that health care is a human right,” he said. “I believe that it puts the providers of service in an incredibly unfair bargaining position; you will literally die if you don’t accept their service, which means they can charge whatever they want. That’s the definition of extortion. If your condition is serious enough it doesn’t matter because the consequence is you die. The way that the American health care system is set up makes non-emergency care inaccessible.

“I would buy health insurance if I could, but I can’t afford it. Maybe I could have afforded it before my lung collapsed, but not now.”

We withheld his name because his health-care information, if published on the Web, could affect his ability to get health insurance.