How much does Medicare cost? Well, it depends. 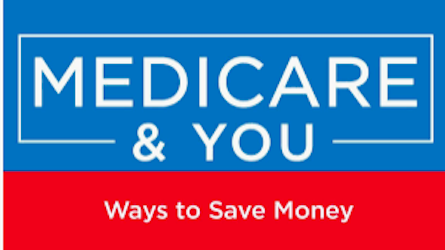 So I recently went on Medicare, and wanted to put down some thoughts in case they are of assistance to anyone else. I suggest that anyone who’s doing this consider their own specific circumstances very carefully; I am not a licensed insurance broker, and I am not making recommendations here — rather, I am telling what I did and why.

First I chose government Medicare, not Medicare Advantage (the private version of the public one). This is essentially choosing “Lyndon Johnson’s Medicare” rather than “United Healthcare’s Medicare.” I did this on the advice of a friend who pointed out that many privately run Medicare Advantage plans have added baubles (transportation, vision) but narrower networks.

She was very ill a couple of years ago, and feels that if she’d been on Medicare Advantage, she’d be dead because of denials.

Medicare Advantage is part of a wider move to give the for-profit insurance companies footing in the market previously served only by governments. Medicaid, too, is increasingly being served by for-profit insurance companies with big contracts to manage states’ Medicaid programs. The for-profit companies will do what they can to serve their stockholders, rather than doing what they can to serve patients. That includes narrow networks, smaller drug formularies, denials, “step therapy” and lack of authorization for procedures and practices recommended by your doctor. We don’t oppose for-profit business structures, but we do think people looking at their Medicare choices should be clear about the differences.

Dave Chase, the health care entrepreneur, says he’s glad his dad had Medicare Advantage. And a new Medicare Advantage plan is being founded by Todd Park, the former chief tech officer of the Department of Health and Human Services, who I respect a lot. But we have heard a number of Medicare Advantage horror stories, and that’s why I picked Lyndon Johnson’s Medicare. (See details below.)

Also: Give yourself some lead time on this — don’t wait until the month before your birthday. I didn’t, and I felt dumb about it. Also: Turning 65 might give you other options as well — senior tickets on transportation, a senior discount on your property taxes, that sort of thing.

Worth noting: If you work for an employer with fewer than 20 employees when you turn 65, your employer can require you to go onto Medicare. If you work for a large employer, your employer must treat you the same as other employees, offering you (and your spouse, if that applies) the same medical insurance that younger employees can get. There are several wrinkles about supplemental plans. Here’s a good explainer of the nooks and crannies.

I picked a “Part B” plan to cover the 20 percent of charges that basic Medicare (also known as Part A) does not cover. This came also from the government.

Some people think you don’t need any supplemental Medicare plans. Here’s a doc from California who’s quite versed on the money in medicine, and he has big questions about this. Nevertheless, I took Part B. It costs $135.50 a month.

I don’t use a lot of prescription medications, so this one was not high on my list. But! If you don’t get Part D for drugs as soon as you’re eligible for it, you will incur a surcharge when you do pick it up, a surcharge that can really add up.

Which Part D? The folks at our State Medicare advice hotline (see below) used their calculator to do a personalized quote for me for the several Part D options in my area, and I chose the one they recommended. It costs $34.80 a month; most of them were around this price.

Again on my friend’s recommendation, I took Part G. It covers things that are not covered by Part A (Lyndon Johnson’s Medicare) and Part B. That includes “excess charges,” which can indeed happen. You see, participating doctors and hospitals are supposed to take the Medicare assignment. But they can impose things called “excess charges,” and Part G covers that.

Part F, which was the other close competitor, is being phased out; my friend says that since it is no longer accepting new (read: healthier, younger) enrollees, the premiums will certainly go up.

So, Part G. I picked the only one in this area that also gives free gym membership at several local clubs, so that is a clear benefit. (Yes, I go to the gym. A lot.) It costs $270.14 a month from Empire Blue Cross and Blue Shield.

Again, I’m not recommending anything to you — your circumstances and your risk tolerance are certainly different from mine. This is what I did, and why.

It’s worth noting that the Medicare Advantage plans run by private insurers are increasingly coming under fire for failing to cover some of the most basic things, or for having extremely narrow networks, or for denying coverage. There has been a great deal of news coverage of this; here’s one article that is fairly detailed. The headline is “Medicare’s Private Option Is Gaining Popularity, and Critics.”

Mark Miller at The New York Times wrote this piece, pointing out “one of the least understood implications of selecting Advantage when you enroll in Medicare: The decision is effectively irrevocable.”

He adds: “Most enrollees in traditional Medicare buy supplemental coverage to protect them from potentially high out-of-pocket costs. In 2016, out-of-pocket spending in the program averaged $3,166, excluding premiums, according to the Kaiser Family Foundation.

“Supplemental coverage sometimes comes from a former employer, a union or Medicaid, although many people buy a commercial Medigap plan. But the best, and sometimes only, time to buy a Medigap policy is when you first join Medicare.

“During the six months after you sign up for Part B (outpatient services), Medigap plans cannot reject you, or charge a higher premium, because of pre-existing conditions. After that time, you can be rejected or charged more, unless you live in one of four states (Connecticut, Massachusetts, Maine and New York) that provide some level of guarantee to enroll at a later time with pre-existing condition protection.”

We hear frequently that people sign up for Medicare Advantage because the premiums are lower (even free!) and plan to switch to traditional Medicare when they’re older and sicker. That is often not possible.

A friend called from Colorado the other day to say that his Medicare Advantage plan wasn’t serving him well, so he wants to sign up for a supplemental plan — Plan G. He said that the “Level 1” Plan G premium is $132 a month, but he is being bumped to “Level 2” because of what he regards as an anomalous test. That Level 2 premium is $375 a month. Because he does not live in one of those four states allowing a bail-out, then, he is being given a higher premium because of this pre-existing condition. He is fighting the decision, though it’s anyone’s guess if he will win.

Here’s some New York Times reporting about how it’s hard to know what doctors participate in Medicare Advantage.

Here’s a piece by Wendell Potter about his mother’s Medicare Advantage experiences, which were hair-raising.

Your state or city should have a SHIP hotline. Use it. Ours in New York City is great; one in our suburban Westchester locale did not return a call. Some states use a different name for this umbrella program; in New York it is HIICAP.

From the SHIP website: “SHIP is a free health benefits counseling service for Medicare beneficiaries and their families or caregivers. SHIP’s mission is to educate, advocate, counsel and empower people to make informed healthcare benefit decisions. SHIP is an independent program funded by Federal agencies and is not affiliated with the insurance industry.

“SHIP Counseling is FREE of charge. State Health Insurance Assistance Programs (SHIPs) provide free help to Medicare beneficiaries who have questions or issues with their health insurance. You can call a counselor or attend a workshop/presentation in your area.”

A friend recommended a website, one of many that exist to serve this function. But I found they referred me to a Florida insurance broker whose local knowledge was skimpy on some issues and just plain wrong on other issues. As the guy at my SHIP said: “They’re in Florida looking at a computer screen. We’re here in New York with deep market knowledge. Which would you pick?”

There’s a lot of data on the Medicare Plan Finder, the government website that posts prescription drug and Medicare Advantage plan offerings.