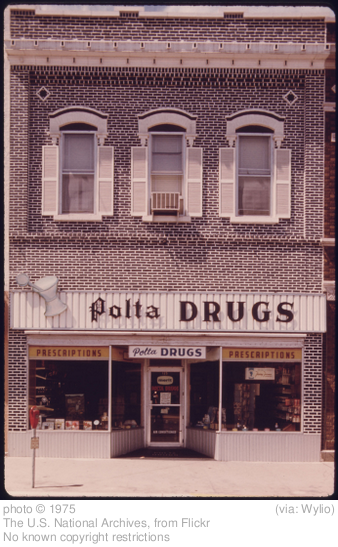 News we’ve been reading from the world of prescription drugs and pharmacy:

*The Department of Justice has opened an investigation into whether Google illegally displayed ads for pharmacies operating outside legal bounds, according to The New York Times.

The Times dug the story out of a financial statement filed with the SEC last week that reads:

“In May 2011, in connection with a potential resolution of an investigation by the United States Department of Justice into the use of Google advertising by certain advertisers, we accrued $500 million for the three month period ended March 31, 2011. Although we cannot predict the ultimate outcome of this matter, we believe it will not have a material adverse effect on our business, consolidated financial position, results of operations, or cash flows.”

Neither Google nor DOJ would comment on the investigation to The Times. An FDA spokesperson confirmed there was an ongoing investigation.

*On a similar note, the NPR-affiliated Common Health blog wrote last week about a recent report that found a link between rogue online pharmacies and increasing prescription drug abuse. You can read the blog post, or go straight to the report published in the journal Health Affairs.

*Psychotherapy can work as well as pills, and without the side effects, some studies say. But finding a good shrink can be an uphill battle, NPR reports. The story includes resources to help readers find a good therapist.

*As the government and patients watch their wallets, investors eye generic pharmaceuticals as a possible moneymaker, according the investment insider site Gurufocus.com.

*And speaking of generics—the patents on several big-money drugs (think Lipitor) are set to expire soon, spooking drug companies. Reuters reports drug makers have  pumped up prices to make up for stagnant sales and the impending loosening of their hold on blockbuster drugs. But, according to Reuters, they can’t keep that up for long.

Check in soon for more.

Got a tip? Did we miss something good? Let us know at info [at] clearhealthcosts [dot] com