Waste and fraud in Medicare 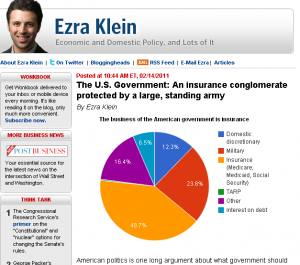 It’s an article of faith that one of the biggest sources of  health-care cost abuses is Medicare. The government pays bills for the elderly under this system, and it’s widely regarded as fraud-ridden and inefficient.

So it was no particular surprise to read the other day that Medicare recovery audit contractors have returned $237.8 million to the federal government in overpayments in the first six months of fiscal 2011, triple the amount returned in all of fiscal 2010.

Most of the overcharges involve hospitals, in these big areas:  incorrect medical codes for billing purposes applied to  ventilator support;   incorrect coding of operating room procedures unrelated to the principal diagnosis; and separate bills for  services involving medical equipment and supplies during inpatient hospital stays when the cost of the equipment was also bundled into the patient stays.

This is important because Medicare costs (along with Social Security and Medicaid, for the poor and disabled) eat up 40.7 percent of the U.S. budget, leading Ezra Klein of The Washington Post to famously declare the United States Government an insurance conglomerate with a standing army.

It also highlights one of the interesting ways the current health-care system is structured: it’s so big and complicated that hospitals and other providers have their own billing departments, which are advised by consultants and billing specialists on how to maximize their benefits in billing techniques. If you Google “medical billing specialists” you will get 1.3 million hits (and a lot of offers of courses). “Medical billing service” gets 15.4 million hits.

Then there are the recovery audit contractors, a special breed with a mandate to go ferret out fraud and overcharging by means of financial forensic work (“$77 per month for every hospital bed in the U.S.,” the Web site says). Google that phrase, and you get 160,000 hits.

Add to that the profession of medical billing advocate, the person who helps a consumer argue about a bill, and you get 65,900 hits — and  a real sense of how many people are spending how much time arguing about bills.

Finally, if this level of fraud and waste exists in the Medicare system, with presumably billions more to be found, it seems beyond plausible that this amount of waste and fraud exist in private insurance bills.