Jeanne Pinder May 7, 2011
Filed Under: Uncategorized 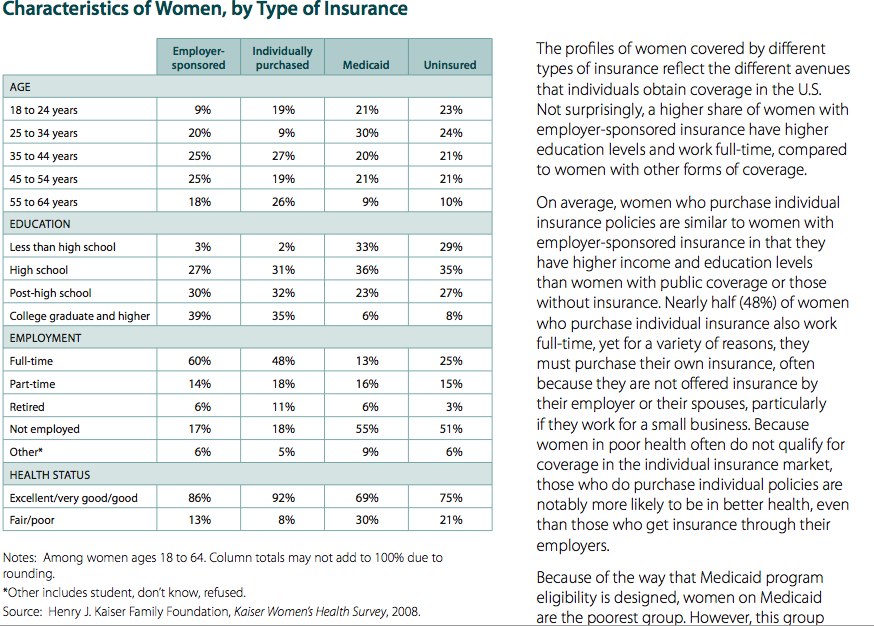 The Kaiser Family Foundation has a new study out, and I find it incredibly unsettling. Called “The Women’s Health Care Chartbook,” it gives key findings from a survey Kaiser did in 2008 of women’s health issues. Of course, the economy has gotten worse since then, with more people out of work for longer periods, and while things seem to be looking up right now, there’s no particular reason to believe that these numbers would have become suddenly better than this.

The survey found that 17 percent of women from 18 to 64 were uninsured, and another 7 percent had been uninsured within the past year.

Of the insured, 10 percent were covered by Medicaid, and they were heavily skewed toward younger women. The uninsured population also tends to be young.