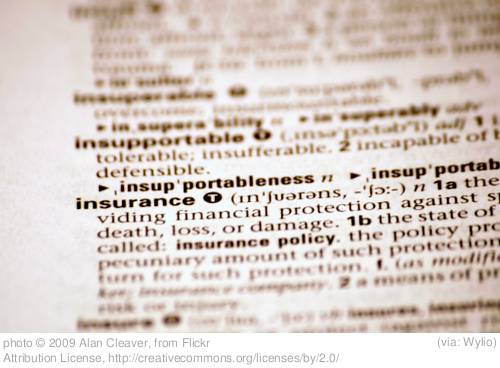 Welcome to Part 1 of our handbook for people who are uninsured. We’re planning to publish several articles in this series, much as we have started publishing our “Ways to Save” series, then archive them on the site.

Let’s define the problem: The  Census Bureau says 50.7 million  Americans had no health insurance in 2009, making up about 16.7  percent of our country’s population.

In 2009, nearly 9 million children under the age of 18 were uninsured, while some 15 million young adults ages 19 through 29 were uninsured. A survey published recently by the Commonwealth Fund, a private foundation that aims to promote a high-performing health care system, found that 45 percent of young adults said they delayed or  went without needed medical care last year, and 39 percent said they had problems paying medical bills.

People go without health insurance for many reasons. It could be the cost of coverage. Maybe it’s the complexity of choosing a provider.

People who are uninsured make a wide range of choices and arrangements to get care, but generally they tend to skip preventive measures and delay treatments when possible. They are also at a much greater risk for falling deeply into debt in the case of a medical emergency. As we’ve learned in our reporting about the costs of medical procedures, a trip to the hospital or emergency room without insurance can result in thousands upon thousands of dollars worth of charges.

We designed this guide to help uninsured people understand how the system works and what resources are available. It’s intended  to help people who have no knowledge of insurance, and people who have some knowledge. We’ll try to be clear and to the point.

The first thing to know about insurance that it varies from plan to plan, state to state, so much so that it sometimes seems impossible to navigate. Health insurance is a blanket term used to describe any insurance that offsets the cost of medical procedures, hospital visits or prescription drugs. Without any sort of plan, you’ll be solely responsible for the costs when you visit the doctor or the hospital.

Because health insurance is administered on a state-by-state basis, there are many options. But first you need to know what you’re looking for. Providers and plans may vary depending on where you live. Also, states have different rules and regulations.

By law, all insurance providers must also offer “family plans”: insurance packages that cover not only individuals, but also any children under 18.

New York State prohibits insurance providers from denying an individual coverage because of preexisting health conditions. However, if the you’ve been uninsured for 63 days prior to signing up for coverage, any insurer is permitted to investigate your medical records dating back six months and deny payment for any claims related to that particular condition for up to twelve months. A sure-fire way to avoid this is to make sure you’ve got creditable coverage.

Creditable Coverage: This is a term generally used to describe coverage an insured person has before enrolling in a new plan. Coverage is considered “creditable” if it hasn’t bee interrupted for more than 63 days.  It’s important to have because, if you’re on an insurance plan, then join another with a lapse less than 63 days, your new policy cannot subject you to any pre-existing condition exclusions. This is less important for states like New York, which are prohibited from excluding anyone based on a pre-existing condition, but in many other states, making sure you have creditable coverage is crucial.