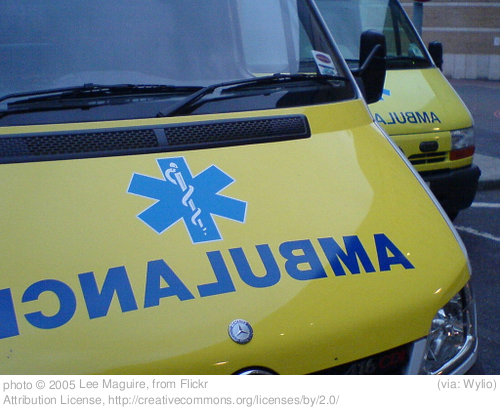 Out-Of-Network Ambulance Rides Can Bring Out-Of-Pocket Expenses. This spring, Blue Cross Blue Shield of Massachusetts launched a policy aimed at getting more emergency medical services providers to join its network: It began sending checks for out-of-network private ambulance rides directly to plan members rather than to the EMS providers. The move forces these providers to pursue consumers individually for payment. Kaiser Health News.

Will employers end health coverage? Last week, the consulting firm McKinsey released a report saying that 30 percent of employers are planning to drop health benefits once health insurance exchanges created under the health reform act open in 2014. The  report has provoked a great deal of controversy about its conclusions and methodology; other studies, including one written by a McKinsey expert, have come to very different conclusions. Greg Sargent, The Washington Post.

“Finding ways to meaningfully reduce the growth of public and private health care costs continues to be a vitally important issue for public policy. The growth of public health spending has dominated the recent debate about ways to reduce federal and state budget deficits, and critics of the newly adopted health reform act complain that it does not sufficiently address growth rates for private health care costs.

“But it is difficult to develop public policies that might affect private health care costs without a good understanding of where the money goes and what the cost drivers really are.” Health Reform Source, the Kaiser Family Foundation.