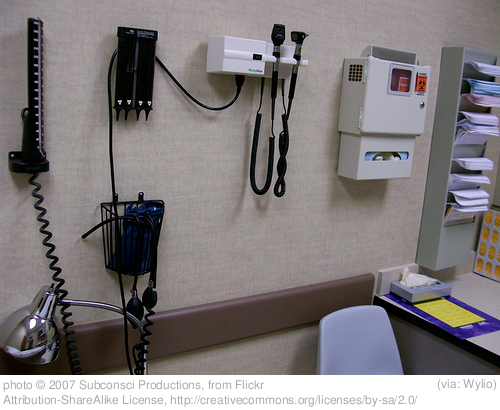 Ezra Klein on the future of health care: “Republicans have a plan that has been tried repeatedly but that has never worked. Democrats have a plan that might work in theory, but it is untested at the scale they’ll need for it to work in practice. And both parties are too scared to talk about the only plan that has worked.”

Unnecessary medical testing is the subject of a new post by KevinMd himself  at kevinmd.com and an older one about a doctor protesting an unnecessary test (one of the links in the piece).

The average annual health costs for a U.S. family of four approach $20,000, with employees bearing 40%  of the costs. Health Populi. Going to look at that Milliman Medical Institute study again from a different angle.

At least 30 percent of employers are likely to stop offering health insurance once provisions of the U.S. health care reform law kick in in 2014, according to a study by consultant McKinsey. Reuters.