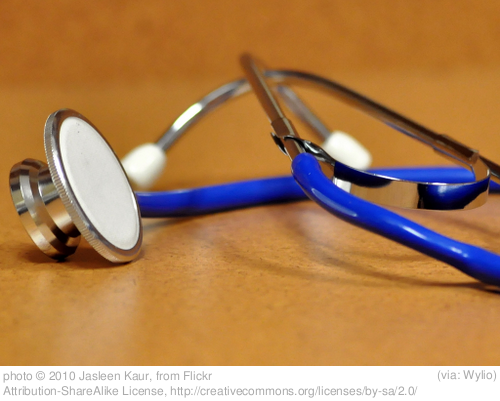 Steaming: “Elaine Farstad got antsy as she waited for her doctor, who was late for her scheduled appointment. Then she got downright impatient. Then, as nearly two hours passed, she got mad. Then she came up with an idea. ‘I decided to bill the doctor,’ she says. ‘If you waste my time, you’ve bought my time.'” Elizabeth Cohen, cnn.com.

Subsidies: “You likely know it, but when you get your insurance through your job, that money is not taxed. When the government decides not to tax something, they are giving up revenue. That hurts the balance sheet. Every time the government passes a new deduction or credit, it’s a tax expenditure.This means that when you get your insurance through your job, it’s being subsidized by the federal government. Taxpayers are paying for part of it, the part the government doesn’t take in.”  Aaron Carroll, The Incidental Economist.

Spending: “Most major insurers have benefited financially from a weaker health care demand, with most publicly traded plans booking tens of millions of dollars in earnings each quarter that represented funds put aside for care but never spent. Plans have insisted that the lower medical spending trend was temporary. Meanwhile, analysts, including Matthew Borsch of Goldman Sachs, have said it may be three to four years before medical spending grows at a pre-recession pace. Some health plan executives are beginning to agree — or at least acknowledge that they can’t predict future health spending.” American Medical News, from the American Medical Association.

Pricing power: “In the American Journal of Managed Care, James Robinson offers yet another look at how hospital market power relates to prices. Specifically, he examined, among other things, prices paid in 2008 by commercial insurers to 61 hospitals across 27 markets in eight states for six major cardiac and orthopedic surgery procedures. Consistent with theory and a growing body of evidence from other work (see the FAQ), he found that hospital prices and margins for comparable patients were substantially higher in concentrated markets (HHI above median) than competitive ones (HHI below median).” Austin Frakt, The Incidental Economist.