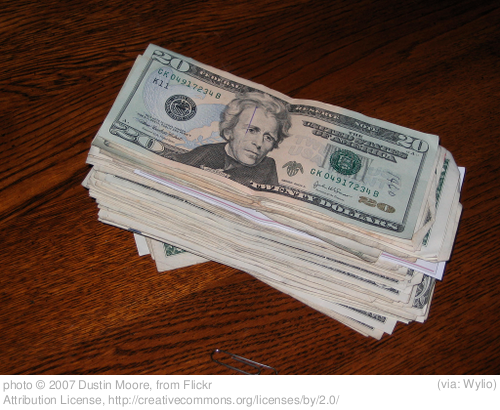 Less money for surgery: “HCA Holdings, the biggest for-profit hospital chain in the U.S., reported lower earnings than expected Monday. And one of the reasons might surprise you: some people appear to be forgoing surgery, in part, because of hard economic times. When the company looked at surgical admissions hospital by hospital, it found they declined 1.6 percent in the U.S. in the second quarter compared to the same period last year. Inpatient surgeries took a bigger hit than outpatient cases, but both were down.” Scott Hensley,  NPR’s Shots Health blog, “Bad Economy May Be Leading To Less Surgery.”

More money for fraud: “One of the nation’s largest providers of kidney dialysis deliberately wasted medicine in order to reap hundreds of millions of dollars in extra payments from Medicare, a former clinic nurse and a doctor are charging in a whistle-blower lawsuit.” Andrew Pollack, The New York Times.

More money for health: “The federal health law, which will expand coverage to 30 million currently uninsured Americans, will have little effect on the nation’s rising health spending in the next decade, a government report said today. The report by the Medicare Office of the Actuary estimated that health spending will grow by an average of 5.8 percent a year through 2020, compared to 5.7 percent without the health overhaul. With that growth,  the nation is expected to spend $4.6 trillion on health care in 2020, nearly double the $2.6 trillion spent last year.” Phil Galewitz, Kaiser Health News.

More money for a hospital: “A $9 million hospital bill. Mind-boggling. But is it a record? Sad to say, I suspect that if any hospital can beat it, it may be here in the health cost capital of the country. Can anybody top it, or come close?”  Carey Goldberg, CommonHealth blog, WBUR, Boston.

Another infographic from the folks at medicaltranscription.net; footnotes at bottom.