Health-care costs: Uninsured, then an employer 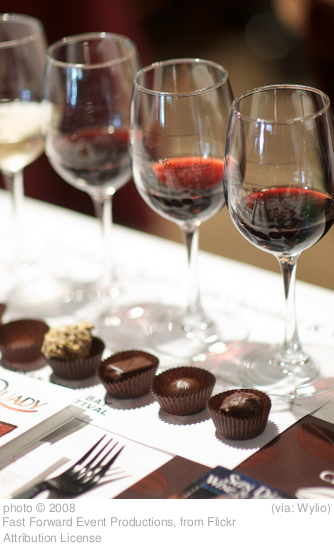 We’re inviting people to share their stories of the health-care marketplace. Here’s one, as told to Juliet Linderman. (While we seem to be writing a lot about insurance lately, this site is generally about price transparency — and of course, insurance and price transparency have a lot of overlap.) For previous ones, click here and here.

John Stires, an owner of the Brooklyn Winery, small business

Many years ago, John Stires was working full-time as a waiter in New York City. He didn’t have any health insurance, and was making most of his income under the table — his paycheck reflected a salary of just $2.10 an hour.

He began experiencing intense toothaches that finally landed him in the hospital, to get his wisdom teeth removed. He had two options as an uninsured patient: He could choose full anesthesia, which would cost him more than $1,000, or he could forgo the general anesthesia and choose local only, reducing the bill to $400. The nurse told him that because of his income level, he was eligible for a subsidy. At the end of the day, he ended up paying just $30 for the entire procedure.

Years later, Stires needed shoulder surgery. At this point, he had a comprehensive high-deductible insurance plan that covered most of the cost of the surgery. However, his insurance company covered only a small number of the physical therapy sessions necessary for a full recovery. The doctor told Stires that he would need to attend physical therapy three times a week for six months; his insurance was willing to pay for 20 sessions, or seven weeks worth.

“When my physical therapist told me I used up all my sessions I called my insurance company,” he said. “They said that was what they thought was necessary. They granted me three or four more sessions, which was pathetic.”

A receptionist at the physical therapist’s office clued him in: Because the injury was in his shoulder — something that would be easily injured in a work-related scenario — Stires learned that he was eligible for occupational therapy, and his insurance company would cover another 20 sessions. The therapy would be the same, but for insurance purposes, it would be classified with a different number code.

“So, I worked around the system and got another 20 sessions out of it. After that though, I spent $1,500 to finish off, going just once or twice a week. I wasn’t aware of what I was going to go through. Nobody tells you

up front. There’s such a myriad of different ways of how things progress. It’s about figuring out what the consequences are.”

Last year, Stires left his previous job to start his own business. He signed onto COBRA for the time being, and began searching for insurance to offer his full-time employees, as well as a plan for himself.

He wanted to offer his employees two options: a high-deductible plan with a low monthly payment, or a slightly more expensive copay plan, which is $180 more. But first, he wanted to get all of the facts. He quickly realized just how difficult a task this would be.

“I needed to find out how much my prescriptions would cost with a high-deductible plan,” he said. “If it was more than the extra $180 a month for the copay plan, that plan would make more sense.

“With COBRA, I was paying $20/month for my two prescriptions, the lowest tier. But all these companies have different contracts with the pharmacists, pay different amounts for the prescriptions. I needed to find out what my negotiated rate for my current plan, and for the new plan. My old plan was United, my new plan was Empire Blue Cross Blue Shield. But I couldn’t access Blue Cross Blue Shield until I was enrolled.

“I figured the rates are similar between United and Blue Cross, so I asked the pharmacist at Duane Reade what I would have paid without a copay. He told me he didn’t know. The only thing I saw was on my prescription: it said, you save $250. However, I don’t know what that money was in relation to. There’s the cost of the drug, then the negotiated rate. All the numbers are so confusing.”

“What’s frustrating both as an employer and someone who had to chose a health care plan is that every year someone comes in from an insurance company and they give me a piece of a paper with two columns on it. They distill these complicated plans into one page. Everyone sits there and nobody understands what the hell he’s talking about. The thing that it comes down to is the scenario. There may be situations where you have the wrong doctor involved and you’ll need to pay a copay.

“As an employer, I researched an Excel sheet showing people different scenarios and what they would pay based on each of the plans. If they were to have surgery, or need a monthly prescription so they could look at it from a personal way as opposed to looking at what they’re paying monthly. They really appreciated that. And in all honesty, I don’t know how to resolve this issue.

“Health care should be like the police department or the fire department. If my house is burning down, I don’t need to pull out an ID card. If someone is mugging me the officer isn’t going to ask for my insurance before helping me. It’s a gamble. Are you going to take your chances? This whole thing is completely damning. It’s a roll of the dice.”