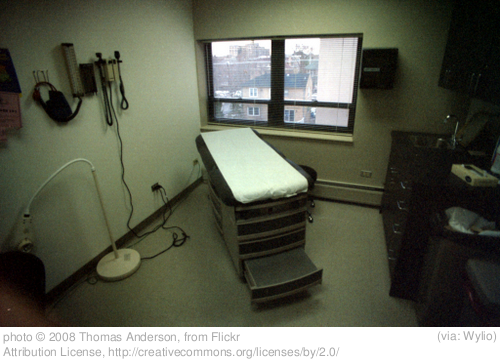 These conclusions — from an Oregon study published July 7 by the National Bureau of Economic Research —  may seem obvious. But because of the fraught nature of the debate over health care, it’s quite interesting to find that insuring previously uninsured people actually encourages health and well-being, and also saves money.

“It has become part of the debate on Medicaid, at a time when states are cutting back on this insurance program for the poor,” writes Gina Kolata, explaining the study in The New York Times. “Some said that of course it would help to insure the uninsured. Others said maybe not. There was already a safety net: emergency rooms, charity care, free clinics and the option to go to a doctor and simply not pay the bill. And in any case, the argument goes, if Medicaid coverage is expanded, people will still have trouble seeing a doctor because so few accept that insurance.

“Until now, the arguments were pretty much irresolvable. Researchers compared people who happened to

have insurance with those who did not have it. But those who do not have insurance tend to be different in many ways from people who have it. They tend to be less educated and to have worse health habits and lower incomes, said Dr. Alan M. Garber, an internist and health economist at Stanford. No matter how carefully researchers try to correct for the differences “they cannot be completely successful,” Dr. Garber said. “There is always some doubt.”

The study was made possible because Oregon wanted to extend Medicaid to more uninsured people in 2008, but could only cover 10,000 of the 90,000 people who applied. So the state had a lottery, and selected 10,000 people. They were compared with those who didn’t get insurance.

Some of these conclusions will come as no surprise to people who are uninsured: having access to medical care means you get more of it.

Why does it matter? David Leonhardt, a Times columnist, writes about it on the Economix blog, quoting  one of the study’s authors, Katherine Baicker, a Harvard economist who served in President George W. Bush’s administration:

“There has been a great deal of uncertainty about how much of a difference Medicaid makes to enrollees. Some argued that Medicaid isn’t ‘good’ insurance coverage and that a Medicaid card doesn’t get enrollees much access to care. Others argued that the uninsured already have access to care through the emergency room, clinics, or charity care.

“Our study shows that gaining access to Medicaid matters on a number of different dimensions, including increased access to and use of health care.”

Leonhardt also quotes another author, Amy Finkelstein, an  M.I.T. economist, as saying the study makes clear the financial benefits of having insurance:

“Health insurance isn’t just about access to health care – it’s also about protection from financial ruin. This point isn’t often discussed in the debate about health insurance expansions, but the reduction in financial strain that we found was substantial. This is important for enrollees, but it is also important for the providers who see fewer of their bills go unpaid.”