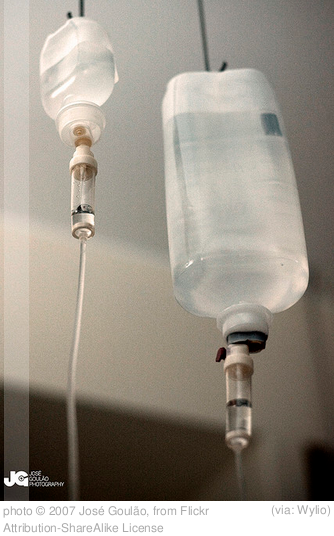 As part of our mission to help you save money by beating back your health-care costs, we’re running a series  giving practical consumer advice about the marketplace. Here’s the first post about saving money (we suggest that you always ask the price in advance); here’s the second (even in an emergency, ask!);  and ” target=”_blank”>the third (do you want to decide solely on price?); following is the fourth.

As always, our posts should in no way be construed as offering medical advice. We are strictly about pricing.

Hospital rates and other medical costs are regulated by the government, aren’t they? So there’s not really a great deal of variance.

The rates vary wildly: Here’s an explanation of hospital pricing showing striking variations in prices from insurer to insurer for various procedures: a coronary bypass at one New Jersey hospital costs $26,000, and at another it’s $46,000.  An appendectomy at the first one costs $2,700, and at the second it’s $4,300.

The rates hospitals charge are based on lots of things: their estimate of their costs, their status (teaching hospital, for-profit), geography (Iowa is cheaper than New York).

For further suggestions of the variance, check out our PriceMap, based on Medicare payment data. It’s an interactive tool: plug in a procedure and a place, and see how prices vary.

“Private insurers pay hospitals predominantly on the basis of per-diems or fee-for-service schedules,” the Princeton economist Uwe Reinhardt writes. “On average these payments exceed the hospital’s cost of providing the underlying services. The profits built into these payments cover the losses hospitals book on

serving Medicare and Medicaid patients, who are billed high prices but often do not pay their bills in full. Private insurers also feed the net profits that most for-profit and not-for-profit hospitals book.

“The per-diems or myriad fees that private insurers pay hospitals are negotiated annually between each hospital and each insurance carrier. A given hospital may thus negotiate one by one with several dozen or even several hundred insurers.”

In fact, we’ve written before about how the lack of regulation in the marketplace has led to some wild price swings, notably in a New Jersey case in which Aetna is suing several doctors for wildly overcharging–“including $56,980 for a bedside consultation and $59,490 for an ultrasound that typically costs $74,” according to a Bloomberg news article about the case.

Many economists think that one of the problems with our health-care system is that people who are insured don’t know what things cost, and are insulated from the costs, so they don’t work to press prices down.

Other economists will point out that hospitals, doctors, pharmaceutical manufacturers and so on don’t have any incentive to reduce the prices they charge if the amount of money they receive for a procedure, drug or suchlike depends on what the insurance company says it should receive, rather than what it costs — and that in an opaque marketplace, the consumer (patient) has no way of knowing what tthat procedure or drug might actually cost, because the information is hidden.

In any case, as a patient (consumer) you should know: there’s a great deal of variance in prices, even block to block. Pay attention to the charges.

As always, our posts should in no way be construed as offering medical advice. We are strictly about pricing. Our stated mission is to bring transparency to the health-care marketplace. Your decisions about treatment, providers and anything else belong strictly to you.

We’re starting this series with this list of topics. Send us your suggestions to info@clearhealthcosts.com!

3.    Do you really want to make medical decisions based solely on price?

4.    Hospital and other rates are regulated by somebody, aren’t they? So there’s not really a great deal of variance. Wait, they’re not regulated?

5.    The new movement toward “consumer-driven health care” will change the entire equation, and bring consumers to the fore, thus reducing costs. (Keep a hand on your wallet.)

8.    Read the small print. Ask questions if you don’t understand.

9.  Read the doctor’s bill. Ask questions if you don’t understand.

10.  Read the explanation of benefits from the insurance company. Ask questions if you don’t understand.