Checkup: The price of the pill, and the ongoing debate 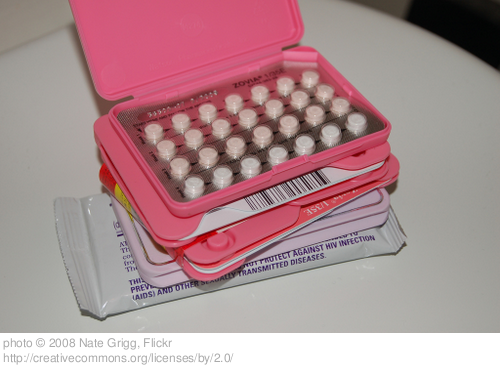 A roundup of opinions from the Web on the HHS ruling that insurers must cover birth control:

Steven Colbert objects to objections: The birth-control decision is the end to humanity as we know it.  And what does a T. Rex look like while putting on a condom)?

A conservative objects: “If insurance must pay for all contraceptives with no co-pay, why not choose the $100 option over a $9 pill, even if there is no medical need for the patient to have the newer product?  And why even mess with over-the-counter spermicides?  The irony here is that liberals have for years tried to push patients toward cheaper generic rather than brand name drugs.  But they have just rammed through another regulation that will have the exact opposite effect.”  Forbes.com.

An editorial board cheers: “While some fringe groups still debate the value of birth control pills and other preventive contraception, the reality is birth control is the most common drug prescribed to women ages 18 to 44. Private health insurers should no longer be able to get away with labeling birth control methods as ‘lifestyle drugs’ that they won’t cover or else require substantial co-pays and doctor justification to do so.” PennLive.com

The Big Government group objects: “The only thing this birth control mandate will do is remove the cost of contraceptives from women that can afford it, and shift it to everyone else in the form of their premiums going up. Which means that people barely managing their payments every month will have to scrimp elsewhere, or drop their coverage and get on the government plan. After all, it will soon be illegal to be without health insurance. When we remove free choice from American individuals and businesses, it’s always about growing government control. Anyone that believes the government does a better job taking care of people than the free enterprise should take a trip to Cuba. Birth control is free there too.” Andrew Breitbart’s BigGovernment.com.

Trojan Horse: “Women of reproductive age pay 68 percent more in out-of-pocket health costs than their male counterparts, most of it for reproductive care. They bear most of the costs of birth control. To address this disproportionate financial burden, the HHS announced new rules requiring that health-insurance companies cover the cost of women’s preventative care, including contraceptives. In solving one problem, though, the requirement may create another: Men will still have to pay for services related to contraception and sexual health. The question becomes, if men have to pay for condoms, for example, and women don’t, why would men buy condoms?” The American Prospect.