More generics mean cheaper drugs. What if you need the brand-name pill? 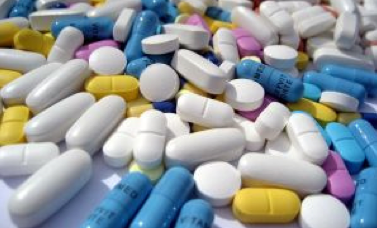 Some of the most popular drugs on the market will soon have generic alternatives. Last week, we talked about how this will make drugs cheaper for patients and the FDA’s efforts to keep generics safe. This week, we hear one woman’s story of her fight to stay on a brand-name drug after the generic came onto the market, the high price she pays as a result and what she learned along the way.

Our story is about a freelancer who has coverage through a small insurer. For 12 years she has grappled with clinical depression, for which she took a brand-name drug that made a huge difference. Her insurer covered some of the cost of the medication, which ran over $200 a month.

Then the generic came to market–a less expensive alternative for her, and her provider. She decided to try it.

“After I started the generic,” she said, “I became extremely depressed–very low energy, inability to sleep or focus on day-to-day work and tasks, crying about things that weren’t cry-worthy, persistent feelings of dread, self-destructive thoughts, and a weariness that literally began to hurt my head.

“Essentially, the generic was like I wasn’t on anything at all,” she said.

Her experience was somewhat unusual. As we learned last week, generics generally are “clinically equivalent” to their brand-name counterparts. But for this woman, it was different.

When she went to return to the brand, her insurer did not want to pay for the more expensive medication when there was a generic alternative. In fact, she had a hard time getting the insurer to fill her prescription with the brand.

Frustrated, she found a specialist who didn’t accept insurance, and paid out about $300 out-of-pocket for an appointment.  “He did a medically necessary brand-only prescription for me,” she said, meaning he said she had to have that specific brand and nothing else. She returned to the brand-name drug.

Her insurer soon outsourced the prescriptions arm to a big nationwide entity that was directing people to mail-order drug prescription fulfillment. One day, she got a call from her prescription provider. He offered her three months worth of her medication for $60 a month–a monthly savings of more than $170. She specifically asked him if it was the generic, which did not work for her. He told her it was the brand. “Next month, drugs come,” she said. “It’s the generic.”

Only after reviewing the tape and confirming her story did the company allow her to return the pills. Then she returned to paying $232 a month for the medication.

When it came time to re-enroll in her health insurance, she chose the most expensive plan, which seemed to promise that all medication would carry a maximum copay of $100. That worked–for two months. On the third, it was back to $232. She called her provider, and said, “The woman said, ‘You just have to pay. I mean that’s how much it costs, you just have to pay.’”

Most people may not share this woman’s experience regarding brand versus generic, but some of her takeaways echoed those of people we’ve spoken with who have tried to work out wrinkles in their health coverage:

Dealing with the company was “frustrating and it’s demeaning,” she said. “I think that there is a certain level of sensitivity that some people expect when you are having conversations with people who you haven’t met about your medical care. I feel vulnerable when I’m talking to them about this.”

Her takeaway, she said, is that she has to deal with her health care provider as if it is a company–like cable or the phone company–rather than an entity focused on her well-being. It was a frustrating lesson, but now she has changed how she does business.

“The bottom line is that for me, I finally learned, that I just have to literally take time out, and make dealing with my health care a priority,” she said.