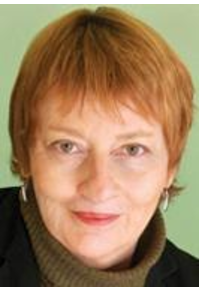 “In a recent column I reported on an effort in Ohio to bring price transparency to medical services,” Trudy Lieberman writes for the Rural Health News Service, in a syndicated piece used by The Journal Advocate in Sterling, Colo., and elsewhere. Lieberman is a longtime health journalist, chair of the Association of Health Care Journalists New York chapter and a dogged reporter widely known throughout the profession. “Ohio state representative Jim Butler had spearheaded passage of legislation that would require healthcare providers including doctors and hospitals to disclose prices for their services. The law was supposed to take effect last summer, but Gov. John Kasich, the Ohio Hospital Association, and other health groups that oppose transparency have stymied implementation. The governor’s budget for next year calls for repealing the law. Ohio’s law may disappear, but the demand for information is not going away. Many readers are downright angry after trying hard — and unsuccessfully — to get information to make good medical decisions. …No wonder patients are fighting back. … (snip)

“I checked in with Jeanne Pinder, who heads an organization called ClearHealthCosts. Its mission is to tell patients what their medical care costs. The organization now partners with media organizations in Miami, Tampa-St. Petersburg, and New Orleans and with MedPage Today. It has also worked with news outlets in California and Philadelphia to publish prices of 35 procedures that consumers can actually shop for such as MRIs and mammograms.

“ClearHealthCosts has just launched its latest site in New Orleans, and Pinder says, ‘Traffic is through the roof. People are sending us bills and calling us with horror stories.’

“ClearHealthCosts uses crowd sourcing to build a community-created guide to health costs. Patients from all parts of the country send in their explanations of benefits, dates of their procedures, names of providers and insurers, and amounts they paid, which are posted on the news outlet websites. They show wide variation in the price for the same service in a given area.

“In San Francisco, for example, they found that an MRI of the lower back without contrast could cost as little as $475 or as much as $6,221, depending on where it was done. Most patients would want to know that, but as the Ohio experience has shown, healthcare businesses and governments sometimes work together to keep prices under wraps.

“‘So many people have lost faith and hope that government regulators or industry will fix this problem,’ Pinder says. ‘We are supplying the fix, and the fix is transparency.'”

Source: Crowd-sourcing may bring transparency to medical charges – Journal Advocate The same story was published via syndication in The Shelbyville Daily Union; The Kearney Hub and others.