The case of the misleading anchor: How health care bills can deceive 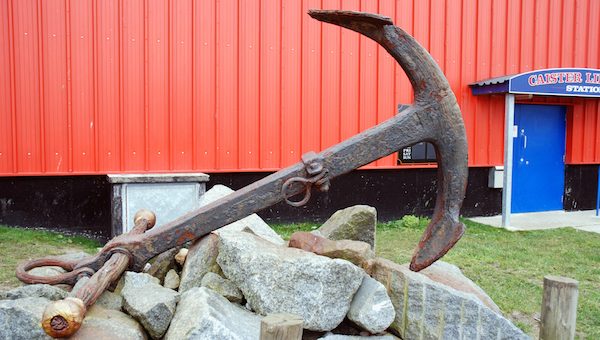 Medical bills and explanations of benefits seem to play on a human brain proclivity called anchoring.

What is anchoring? It’s a bias in our brains that basically says “the first number you encounter will be an anchor to the truth, and all other information will be a reaction or adjustment up or down from that number.” In other words, possibly irrelevant information, if introduced at the beginning of a process, will influence your thinking whether you want it to or not.

It’s a phenomenon that was first understood and described by the behavioral economists Daniel Kahnemann and Amos Tversky in this 1974 paper, “Judgment under Uncertainty: Heuristics and Biases.” What the two found is that essentially we are not able to rationally examine all parts of a purchase before we buy, because our first perception forms an “anchor” in our brain, and that affects later perceptions and decisions.

One way of thinking about it: You go into a store, and find a lovely coat priced at $1,000. Then you learn that the sale price is $500. That makes the $500 coat seem like a bargain — even if it’s something that you would rationally pay $200 for at most. The “anchor” changes your thinking.

Or, as Kahneman and Tversky put it: ‘In many situations, people make estimates by starting from an initial value that is adjusted to yield the final answer. The initial value, or starting point, may be suggested by the formulation of the problem, or it may be the result of a partial computation. In either case, adjustments are typically insufficient ”

In the case of most medical bills, the “anchor” can be incredibly misleading. We’ve seen a lot of these bills, and it’s pretty consistent.

We’ve said it before and we’ll say it again: A discount off a fancifully high charged rate is not a savings. But a bill that looks like this makes it seem that it is a savings. The really big number saying “Amount you saved” is the first thing you see, and the first thing you might take away: “Gosh, I’m glad my insurance company took care of that.” Essentially, that’s describing the insurance company’s writedown of the initial charge from the hospital to the insurer’s contract rate as “Amount you saved.” Those writedowns are governed by hospital-insurer contracts. 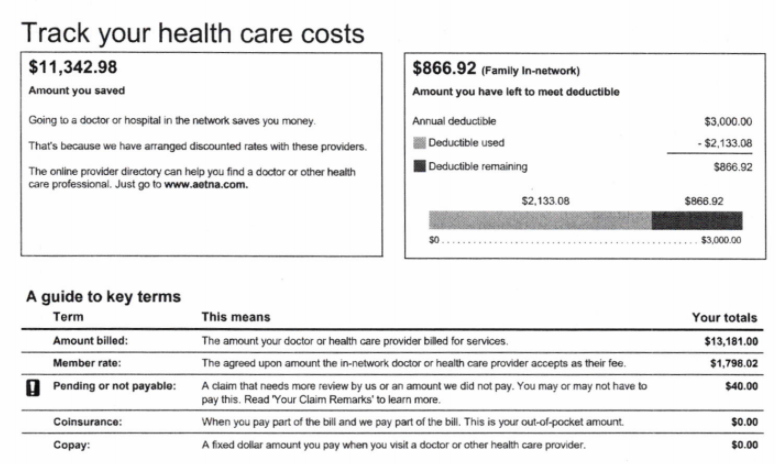 Digging deeper: There were two procedures in this bill. On this screenshot of the second portion of the bill, below, the biggest procedure charge is for an echocardiogram with doppler, charged at $11,201. His responsibility is $1,176.61.

The Philadelphia man who input this bill into our database was certain that his insurance company had paid upwards of $10,000 for the echocardiogram in this second screenshot, too. As it happens, the insurer paid nothing; it established a “member rate” or “negotiated rate” and paid not one penny. He paid the entire $1,176.61.

As part of our reporting, we collect and display cash prices for this procedure — what a patient would pay without insurance in the Philadelphia area. Our research shows cash prices ranging from $200 at Drexel University and Einstein Healthcare Network, on up. There are about a dozen providers under $500. The highest cash price is  $2,093.40 at Main Line Health’s four Philadelphia area hospitals.

The Medicare rate for this procedure in the Philadelphia area is $225. What if that price could be displayed everywhere and used as the anchor, instead of the fancifully high charged prices?

Note also:The most common way for information to be presented is that the first number you see, in the top row on the left, is the biggest number on the bill.

Why is this true?

So you are likely to see, or “anchor,” on a big number, only eventually reaching one that may be (we hope) the smallest, the “What you owe.”

By that time, you may have thought things like:

This display of information has several effects: It anchors us on a high price. It normalizes high prices, even if they’re not “real” in some sense. It frightens people into believing that their insurance company is acting in their best interests consistently, where there is real room for discussion about that. It consistently feeds the narrative that “health care is just expensive,” when we know from our reporting that cash prices often stay relatively flat — even though insurance premiums and pretty much everything associated with health care pricing continues to rise inexorably. 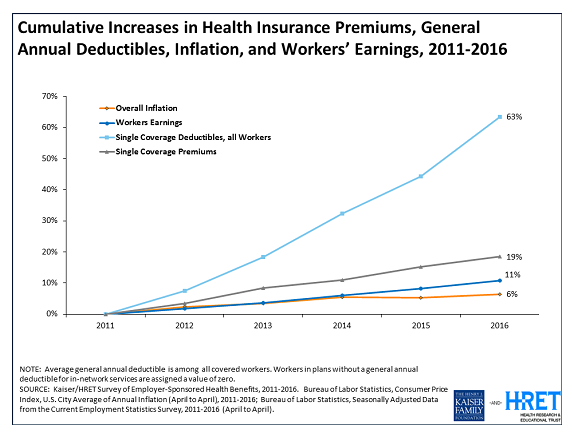 We see a lot of medical bills and explanation of benefits forms. Understanding them and analyzing them is one of our favorite things to do. We also see how people routinely misinterpret their bills and EOB’s because they seem designed to mislead, by:

To read more, see this blog post, which collects a number of EOB snippets displaying price information in different manners. This focuses on many other ways the EOB’s mislead people.

If you want to read more about the anchoring effect, here’s a discussion of why you react differently to a list of three price offerings than two. Here’s Kahneman and Tversky’s 1974 paper, considered seminal in this discussion. Here’s a popular-blog overview of the topic by David McRaney. Here’s the behavioral economist Dan Ariely talking about anchoring a price on your Social Security number or something equally irrelevant, the kind of research behavioral economists do to prove this sort of thing.