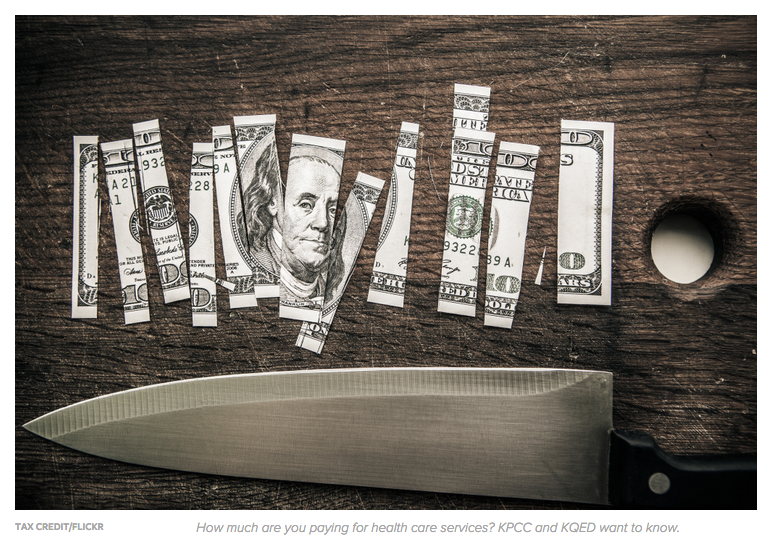 “When Larry Rose filled his prescription for Lantus last year, and his copay came in at $400, he knew something had to change,” Martha Bebinger writes over at WBUR public radio in Boston. “Just three months earlier, a 90-day supply of the popular insulin brand had only cost him $15. Rose hurried in to see his doctor for what he hoped would be an affordable substitute. ‘And he said, “Yep, I’m used to this. I can’t get you a cost. We’re going to have to play a game,”‘ Rose says, recounting the conversation.  That game turned into an exercise in futility for Rose and his doctor, one many patients will relate to as the price of insulin and other drugs soar. Doctors write prescriptions. Patients take them to a pharmacy. Some leave without their medication when they learn the cost. Diabetes and other ailments left untreated get worse. Patients return to their doctor and the cycle starts again. ‘If I can’t have the conversation, if I can’t know the costs in real time, in the exam room, I’m at loss,’ says Rose’s physician, Dr. Hayward Zwerling. ‘I can’t make a final decision.’ When Rose arrived, looking for help, there were three or four brands of insulin — long- and short-acting, in different doses and applicators — that Zwerling could prescribe. ‘The problem was, I had no way of knowing which one was affordable,’ Zwerling says. There are several websites that list the cash prices for insulin and hundreds of other drugs. But most of Zwerling’s patients have health insurance, and each health plan varies. When Zwerling meets with patients, he can’t tell what the copay will be for each drug. He doesn’t know if the patient has met their deductible. Those on Medicare may be in the so-called doughnut hole. The brands of insulin Zwerling prescribes are covered by some plans, with varying costs for members, and not others. And the negotiated price for each drug may be different from insurer to insurer and pharmacy to pharmacy.” Martha Bebinger, “The Risky Game One Doctor Plays To Help Patients Find Affordable Insulin,” CommonHealth, WBUR.