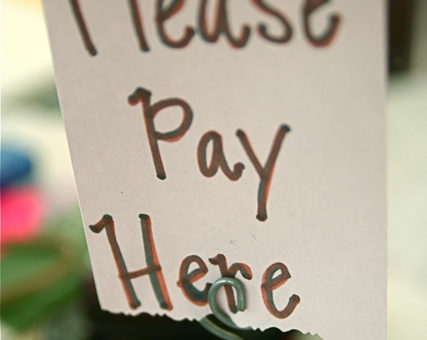 How much does a colonoscopy cost? It can vary: from $600 to more than $5,400, or even triple that — depending on, among other factors, where it’s done (doctor’s office or surgical center?), what the lab fees are (as in, what they find to test), how long the procedure lasts, what your anesthesia is, is it considered a screening (preventive) procedure or a diagnostic one, and so on.

So how much does a colonoscopy really cost? Well, that depends.

If you’re insured, you may think it doesn’t matter. But, it turns out, that it’s also a big question for insured people. Routine, preventive screening colonoscopies are to be covered free with no co-insurance or co-payment under the Affordable Care Act.

However, we’re learning that with colonoscopies, as with mammograms, people are being asked to pay sometimes. And if you haven’t met your deductible, there might be someone there telling you you need to pay full freight. And the actual charges — well, we’ve seen $15,000 and up.

Since we don’t know all the details of these events, we can only offer some general thoughts.

Generally, you should get assurances up front if you can, and question everything. Here’s our post about “10 questions to ask” to find out what things cost in healthcare.

If you’re on a high-deductible plan and the charge to you will be, say, $3,600, you can probably ask around and find a lower rate.

A thorough view of some colonoscopy billing issues is in this article in The New York Times by Libby Rosenthal, who once covered health costs for the paper. We’ve heard also about in-network providers using out-of-network anesthesiologists, and also about surprise “facility fees,” so it pays to pay attention.

Things to watch out for in billing

If you’re planning a colonoscopy, you might want to ask for the price in advance. Make sure that the price quoted to you includes everything: doctor’s fee, anesthesiology, lab tests and facility fee (sometimes but not always) are the main charges. Sometimes the doctor will charge an additional pre-procedure consultation fee, and sometimes the solution for “prep” to clean your system out is included, while sometimes it’s not.

Doctor’s fee. When we survey for prices, often we are quoted only a doctor’s fee, with anesthesiology and facility fee separate. Some doctors do this in their offices; some do it at different sites (a GI clinic, a hospital) and each of those sites can have a different fee. When we’re looking for prices, we always ask what’s included.

Also, make sure your doctor is in network, if you’re insured.

Anesthesiology. Sometimes this is a full general anesthetic, and sometimes it is a light dose of anesthesia resulting in what is called “twilight,” where you’ll be sleepy but able to respond to commands, essentially sedated. Generally with twilight you forget everything immediately.

There is a large body of research suggesting that full general anesthetic is wasteful for procedures like a colonoscopy, but it continues to be offered fairly frequently. A small number of people do it with no anesthesia or sedation.

“Between 2003 and 2009, the proportion of GI procedures involving anesthesia providers doubled, and overall payments for GI anesthesia tripled,”   a recent study by the Rand Corporation found.

Anesthesia can be pricey, and it’s important to be sure that the provider is in network — so make a point of asking, even if you are at an in-network doctor’s office, or other location. We hear a lot of complaints about this.

Lab tests. The providers generally don’t reveal in advance what lab tests will cost;  they will say that charge depends, often on what they choose to remove for testing during the procedure. We have heard labs estimated in advance to be as low as $50 and as high as “we can’t tell you in advance.”

What happened to me: I had $250 in lab charges, all covered except for a $30 co-pay (before the Affordable Care Act); my girlfriend’s lab charges were $950, about the highest I’ve heard. For her, it was completely covered, but of course that’s not always true.

Facility fee. This is a growing issue: a doctor’s office could be just an office, but it could be a facility. The facility fee is applied by hospitals, gastrointestinal ambulatory surgery centers, and just about anything that feels that it’s a facility.

In my case, there was no facility fee; the procedure took place in a doctor’s office. My girlfriend’s took place at a GI center, not her doctor’s office, and the biggest line item on the bill was $2,700, for the facility fee, of which the insurer paid a bit less than half. She was not asked to pay the balance.

So it pays to ask up front, “Is there a facility fee? How much is that? Is it covered by my insurance? Does there have to be a facility fee?” When we were collecting prices, we learned that some places would quote us only a facility fee, adding that the doctor fees varied by provider, and so did the anesthesiology fees. Most places said labs were extra and unpredictable.

Pre-procedure consultation. Not every provider charges this. Mine did, and it was $250. I saw a nurse, and got a checklist. My insurance company covered the whole thing, with a $30 co-pay.

Prep stuff. The medication you’re asked to drink to clean out your system is not free. We have heard prices as low as $12.10 over the counter, and as high as $38 — actually, both from the same person, which I wrote about in this blog post.

Insurers’ predictions: A grain of salt

If you’re insured, you could look at the insurance company’s prediction of prices.

My girlfriend’s experience: Bill totaled $5,544, plan paid $2,750.08, her copay was 0. (She had a different provider and has a different insurance plan; this was also pre-A.C.A.) Also, depending on your plan, under the Affordable Care Act, you should not pay anything for a routine preventive colonoscopy.

Why is it so hard to find the cost of a colonoscopy?

When we survey on colonoscopies, we ask for the following component parts of the procedure:

Doctor’s fee, for the person actually performing the exam.

Facility fee, if any. This is a growing issue: a doctor’s office could be just an office, but it could be a facility. The facility fee is applied by hospitals, gastrointestinal ambulatory surgery centers, and just about anything that feels that it’s a facility. Lab fees.

Any other charges (prep liquid, for example).

In our surveys, often we are told only one or two of these charges: Statements like these are common.

“That’s the facility fee for doing it here; the doctors all charge their own rates.”

“The anesthesiologist can’t predict in advance how much they’ll need or how long they’ll take, so we can’t tell you that.”

“We can’t tell labs in advance.”

“That’s a price for facility fee, doctor and anesthesiologist. Labs run between $50 and $250 usually.”

“We don’t quote prices in advance.”

“That’s the doctor’s fee — there might be a facility fee, depending on where he does it. We don’t know until he tells us.”

Here is one man’s experience, relating how the medical code tripped him up: “My wife had called our insurance company the day before and was told that screening colonoscopies were 100% covered, but the counselor asked for a 10% copayment and the rest of my deductible — about $800. It turned out the gastroenterologist had written CPT code xxxx5 for a screening colonoscopy with removal of polyps. If he had used code xxxx0 for a screening colonoscopy alone it would have been fully covered. The hospital could not change the code the doctor had submitted but agreed to waive our pre-payment pending a conversation with the doctor’s office.” The original blog post, no longer online, shows the frustrations people encounter in the system.

We’ve written about this before several times, here and here.

O.K., so how much does a colonoscopy cost?

A cautionary note: the billed price, as always in the health-care marketplace, can be a price that’s not actually real.

“In Keene, N.H., Matt Meyer’s colonoscopy was billed at $7,563.56,” Rosenthal wrote in her New York Times piece. “Maggie Christ of Chappaqua, N.Y., received $9,142.84 in bills for the procedure. In Durham, N.C., the charges for Curtiss Devereux came to $19,438, which included a polyp removal. While their insurers negotiated down the price, the final tab for each test was more than $3,500.”

The charged price for a medical procedure (often called the Chargemaster price) is seldom the price that is actually paid. What is actually paid is either set by law and administrative rules, in the case of government payers like Medicare and Medicaid, or governed by contracts, in the case of non-government insurance plans like Blue Cross, United HealthCare and so on.

If you ask for a cash or self-pay rate, that will often be considerably lower than the regularly charged price, reflecting cash discounts if they exist, and increasingly they do.

Also, we don’t give medical advice, but our friends over at the American Board of Internal Medicine Foundation do, via their Choosing Wisely campaign. Here is a fact sheet on colonoscopies from them.