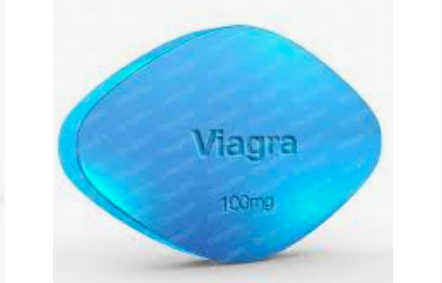 The phone rang, and the caller had an important message: People are being asked to pay high prices for generic Viagra, the erectile dysfunction drug, which has gone off patent and is available in generic form.

The differences can be startling, the caller said: $3 a pill or $40? (I’m not naming the caller, who lives in New Orleans, because he said he didn’t want to be named, but I vouch for his authority. He learned of our work from our partnership with WVUE Fox 8 Live and NOLA.com I The Times-Picayune in New Orleans.)

Viagra (sildenafil citrate) was approved by the Food and Drug Administration for use in erectile dysfunction in 1998. It comes in 25, 50 and 100 mg sizes; proper dosage depends on doctor’s orders. Viagra can cost $80 a pill.

Gradually, people began to notice that the drug Revatio, also sildenafil citrate, approved for pulmonary hypertension,  had the same effect on erectile dysfunction. It is sold in 20, 40, 60, 80 and 100 mg sizes. So if you knew this, the simple blood pressure medication was your friend, at less than $1 a pill.

Then a generic version of Viagra was approved, in December 2017. Sometimes, the authorized generic is made by the company that manufactures the brand name. In this case, that appears to be true: Greenstone, a subsidiary of Pfizer, makes one of the Viagra generics; another is made by Teva Pharmaceuticals. The price at retail of brand-name Viagra can be $60 or even $80 a pill; the generic can be much less, like $35.

But the price of Revatio, as a generic, can be less than $1 a pill. You can search for both on GoodRX, the drug price site. This search shows Revatio generic 20 mg, for $14.81 for 30 pills.

It seems there’s a little bit of intentional confusion here: Is sildenafil citrate Viagra or is it Revatio? Or does it matter?

“The discovery that sildenafil could lead to an erection was an unplanned event. The sildenafil compound was originally developed by Pfizer for the treatment of hypertension (high blood pressure) and angina pectoris (chest pain due to heart disease). During the heart clinical trials, researchers discovered that the drug was more effective at inducing erections than treating angina. Pfizer realized ED was an unmet medical need and a major opportunity for financial gain,” L. Anderson writes over a the industry site Drugs.com, describing the drug’s history.

“In 1998, the FDA approved Viagra, the first oral treatment for erectile dysfunction, under a priority review.”

Here’s a news article describing the Viagra development process, as well as several similar ones, this from The New York Times.

Three online startups addressing men’s health also sell Viagra. The three vary a little, but basically you contact them, have an online consultation, and receive a prescription for Viagra (or another erectile dysfunction drug, Cialis, or Propecia, the male baldness medication, or other meds). The idea is that by speeding access to medications by not requiring a doctor’s visit, but rather an online consultation, access can be faster. While these companies are creating a lot of buzz, doctors often suggest that patients may be harmed by cutting corners and skipping an in-person consultation. 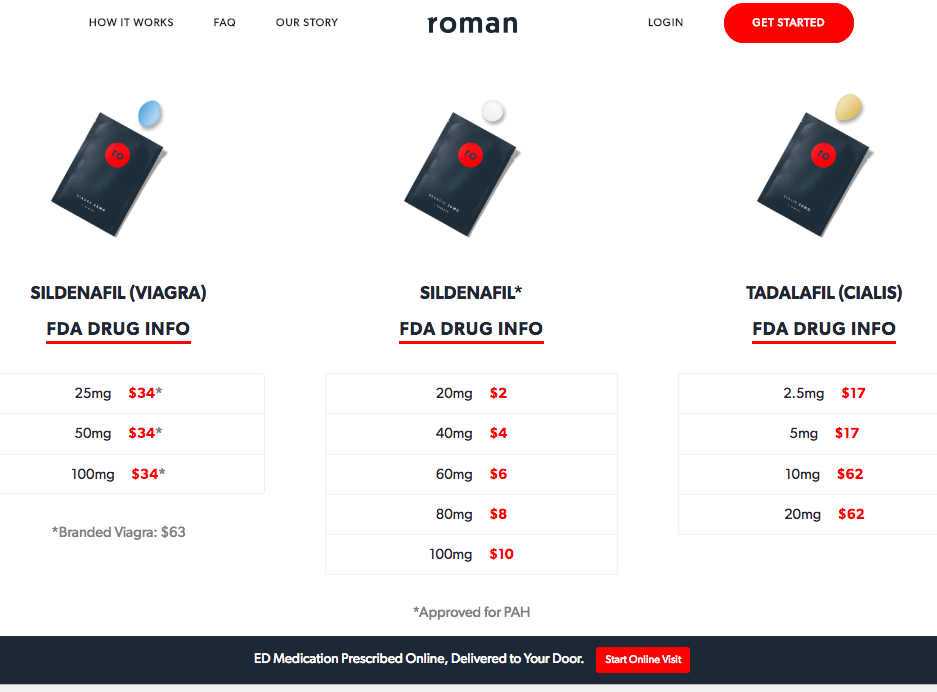 Before using Viagra or other erectile dysfunction drugs, doctors recommend assessing lifestyle and other causes. For example, diabetes can be an underlying cause, as can heart disease, high blood pressure or relationship problems. So examining all factors and promoting good health can obviate the need for Viagra.

Also, like any drug, Viagra is not without side effects, including light ones like headache, flushing and blue-tinted vision. More serious side effects have also been observed, like very low blood pressure, heart attack and stroke.

So as you might expect, doctors don’t hold online Viagra sellers in very high regard. Doctors believe that these other contributing factors, and general health, need to be examined and that a patient needs to be observed.

Price gyrations are  not unheard of: When brand-name drugs become available in a generic version, the drug industry deploys all sorts of pricing strategies. Sometimes only the brand name drug is on the “formulary,” the list that your insurance company uses to restrict drugs available under your insurance plan.

Also, the use of a drug “off label,” as would be the case for a pulmonary arterial hypertension drug prescribed for erectile dysfunction, is not uncommon. The use of beta blockers to address stage fright is only one such example. Here is a Peoples Pharmacy piece describing several others.

Sometimes the pharmacy benefit managers, the behind-the-scenes players that acquire and supply medications to pharmacies, impose hidden charges that jack up the prices.

Sometimes the maker of a medication about to go off patent will re-formulate the medication and claim that the new generic is not identical. There are a million different strategies to keep prices high.

This particular medication is interesting in this regard, our caller noted, because it is so often not covered by insurance.

The problem of counterfeits etc.

News reports of counterfeit Viagra and sildenafil are common, perhaps because of the embarrassment factor: Men might choose to order a medication online to avoid a doctor’s visit, but buying medications online is something to be approached with caution.

One solid source for information about medications is The Peoples Pharmacy, an informative and no-nonsense look at the world of medications. You can also check out our page on how to save on prescription drugs.

Meanwhile, you may be interested in the larger question: We can solve erectile dysfunction, but not osteoporosis, which predominantly affects women. We also place the responsibility for birth control on women rather than men, and anyone who has ever taken birth control pills will tell you that there are unpredictable side effects, both physical and behavioral.

Also, you probably knew this, but depression affects more women than men — and we’re still unable to grapple meaningfully with that. Mood swings from hormones in birth control pills exacerbate this problem. To add to the unlovely picture of women’s health, this nation has a very high rate of maternal mortality, compared to other developed nations.