What’s the cost for an emergency room visit for a twisted ankle? How to successfully argue a bill. 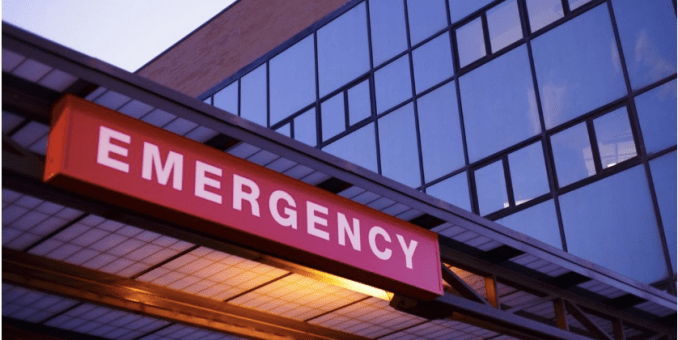 A friend recently told me about an emergency room visit for a twisted ankle that nearly cost her $3,500 — and how she successfully argued a bill. We’re leaving out the name of the hospital and insurer, and also my friend’s name; the point here is not to name names but to give helpful advice on challenging a bill.

My friend wrote in an email:

“Below is a draft with the details, that I asked [my wife] to put on her legal stationery, which outlines both what happened and the specific individuals my doctor friend suggested:

I am writing to you today because of a recent visit by [my wife] to [your hospital] on November 4, after she twisted her ankle while hiking nearby.

[My wife] was brought to your emergency room in the early afternoon by ambulance, where a physician’s assistant wrapped her leg with an ace bandage, and a nurse gave her Tylenol and sent her home with crutches. While she might have considered having an MRI to see how severe the injury was, she was informed that you did not have an MRI machine. The entire visit lasted about 90 minutes.

So imagine her surprise when she received a bill from her insurance company, showing that [the hospital] had charged $3052.00 for “Op misc. services” and $343.00 for ‘“doctor services.” Attached are the bills she received from [her insurer] for claim numbers [xx] and [xx].

This charge is unconscionable, not only because of the high cost for the most minimal care. In addition, not a single diagnostic study was performed, other than the laying on of hands. It is simply impossible that this amount of care could be considered complex or intensive—and that the charges are in any way ‘reasonable and customary’. To charge more than $3000 to view what might have been a sprained ankle is an egregious abuse of the medical system and I would like to request that the appropriate person at the hospital review my request to significantly reduce the fee charged.

If you have further questions, please feel free to contact [my wife] at [phone] or via email at: [email].

Thank you for your consideration,
[signature]

“I was given the name of a patient advocate who was the most helpful contact, since my many years at [former employer]  taught me that these types of customer activities are critical for adjudication and perhaps even more pertinent for the hospital given the liability issues they may face in some circumstances.

“Every time the billing department gave me the runaround or failed to call me when planned, I contacted my advocate.

“I can give you more details about all the back and forth if you want, but in the end, I paid $386 to the hospital, about 1/3 of the $300 bill for the physician’s assistant who wrapped my leg in an ace bandage, and my insurance covered the ambulance charge (since by then I had met my deductible.). The entire thing was resolved by about April but it did require me calling weekly—and sometimes a few times per week when they hospital was non-responsive.”

“Hope that helps; let me know if there’s anything else I can do to help.”

I asked her a few questions:

1. How much did you pay the patient advocate?

“I didn’t pay the advocate anything—he was a hospital employee on a recorded line.”

2. This draft letter — is this what [your wife]  sent from her law practice, signed by her? And she asked them to contact you, and not her?

“I couldn’t find the final letter in my files so I sent what I had on file. [My wife] is a family law attorney and said it was better to have her contacted if she was sending the letter and ‘representing’ me. Once I sent it and was turned over to an advocate and the billing department, I contacted the hospital myself.”

3. I am kind of interested in how you arrived at those numbers.

“They began at $3000, then offered me the ‘insurance approved rate’ of about $1000, and when I refused (and kept calling) they finally reduced it to $386 which I accepted. The initial rate (billed separately) for the physician’s assistant was about $300, and I was billed for 30% which I did not dispute.”

4. When we write this kind of piece, we always see if we can give a takeaway for people to learn from your successes.

“1. My insurance company didn’t really care about the cost since when this began, I hadn’t met my deductible and they weren’t going to pay out anyway. Both they and the hospital tried to convince me that this was customary and the minimum fee for an admission was $3000. Don’t believe them.

“2. I think it was important that I knew exactly what care I had received (and my procedures were very simple,) so I could outline what was (and what was not) done. Initially the hospital tried to say that their service was ‘appropriate’ and I had to remind them that I didn’t say the care was inappropriate but the billing for the care received was inappropriate. So pay attention to the argument and refute it specifically.

“3. Be persistent. This took tenacity and was frustrating over several months, but each call was fairly short and once I was assigned a patient advocate, he was always my second call (after calling the billing department and getting little satisfaction.)

“4. Be polite. No matter how frustrating it gets, keep you cool and thank the people talking to you. Be persistent –but cordial. Acknowledge that you know it is not the representative’s decision, but that you want to know where to make an appeal or who else you can talk to about the matter.”