Privatizing the Veterans Administration — along with Medicare and Medicaid 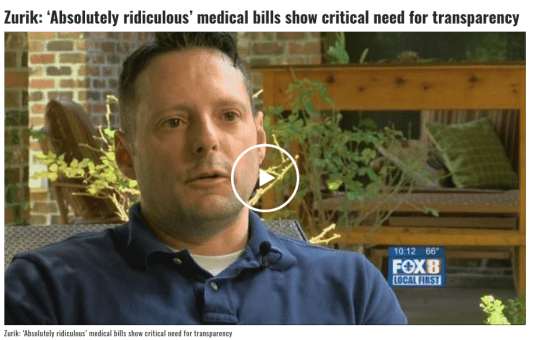 The Trump Administration seems to be working toward privatization of the Veterans Administration. As this article from The New York Times says, “The Department of Veterans Affairs is preparing to shift billions of dollars from government-run veterans’ hospitals to private health care providers, setting the stage for the biggest transformation of the veterans’ medical system in a generation. Under proposed guidelines, it would be easier for veterans to receive care in privately run hospitals and have the government pay for it.”

I’m particularly interested in this because our knowledge of veterans’ medical care, while skimpy, seems to show that Veterans Choice is a very mixed bag. The Veterans Choice program was put in place allowing vets to go to non-V.A. hospitals and doctors, during the time that the V.A. was showing heavy time lags in giving service to its patients. But Veterans Choice seems not to be doing much better; longer waits for appointments and higher bills for taxpayers have been among the results.

Here are two news articles from our partners in New Orleans, WVUE Fox 8 Live and NOLA.com I The Times-Picayune, which titled its article “Why was Army vet charged $4,033 for $450 MRI? It’s ‘complicated,’ hospital says.”

Briefly, a veteran, Mitch Brandon, reached out to us to say he had been told by the VA to go use Veterans Choice for an MRI to diagnose a back problem. He went to a local hospital and had not one but two MRI procedures on his back. And then he got a bill for what appears to be the full, or chargemaster, rate for not one, but two MRI’s. And … the hospital threatened to send him to collections over the unpaid bill.

He reached out to us because he knew from our reporting that the bill was way too high. He knew he would not be liable, but he felt certain that the VA might have to pay — and that would threaten the availability of health care for other veterans.

“My biggest concern was that, knowing that this was provided by the VA or a program of the VA, through the Veterans Choice Program – my biggest concern was that they would not be charging a private insurer perhaps this much,” Brandon told our partner Lee Zurik at WVUE. “And they could be potentially taking advantage of a government program and the VA program, and it could potentially compromise other veterans, current and future veterans from getting care.”

Zurik wrote, “Lakeview Regional Medical Center in Covington is asking Mitch Brandon to pay $4,000 for each MRI. But our database shows that the same MRI’s, just a two-minute drive away at Medical Center Diagnostics, cost $350 with cash, off insurance.”

We’re following up on the bill now, to learn what happened. But even absent that follow-up, what we are sure of is that privatizing the VA will have the same effect that privatizing Medicare Advantage has had.

The common thread here: privatizing a government-run program does not necessarily lead to good results. We’ve been down this road before, with Medicare Advantage, the private version of Medicare.

Medicare Advantage, run by private and often for-profit companies, covers about a third of the people eligible for Medicare. But the Medicare advantage plans have had a mixed record of success at best. Here and here is some coverage from journalists  examining the records: You need to make choices yourself, based on the evidence, but this certainly gives me pause to consider. Trudy Lieberman is a terrific reporter, and she told me that she thought if she’d been in Medicare Advantage instead of Medicare during a recent serious illness, she’d be dead.

Here’s a deeper dive on the Medicare vs. Medicare Advantage question from Gary Schwitzer, a longtime journalist who was steward of the nonprofit watchdog Health News Review for a number of years before it shuttered at the end of last year. Please be sure to read the comments, many of them from experts in the field who have additional information to add to the murky picture Schwitzer paints.

Medicaid, the federal-state program for lower-income people, has seen some of the same issues. When a big insurance company like UnitedHealthCare or Blue Cross takes over these programs, low-income people don’t always get the care they need. Perhaps it’s not a surprise: UnitedHealthCare is answering to stockholders, not to patients. The stockpile of money designated for health care goes to feed the company.

Put these programs into the hands of private companies, who are answering to shareholders and seeking their 7 percent growth for next year, and …. Well, maybe you can guess what will happen.