Do PBMs Delay Drugs and Drive Up Drug Prices? – The Atlantic 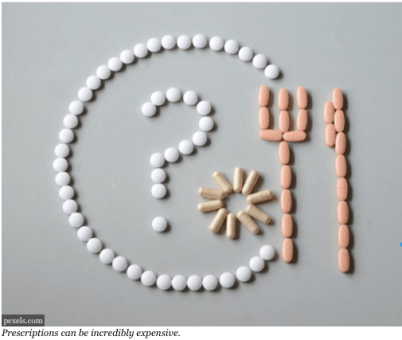 “Lynn Lear finished her final round of chemotherapy for breast cancer in December. To help keep the cancer from coming back, Lear’s doctor told her about a new medication she could take called Nerlynx. Lear, who is 46, wanted to do everything she could to remain healthy, so she asked her doctor to order the drug for her,” Olga Khazan wrote over at The Atlantic. “Unlike, say, an antibiotic or an antidepressant, a Nerlynx prescription can’t be filled at a neighborhood CVS or Walgreens. Instead, Nerlynx is dispensed either through certain doctors’ offices or through specialty pharmacies, which exist specifically to process expensive drugs for difficult conditions and often deliver medications by mail. On December 18, 2018, Cheri Bateman, a nurse in Lear’s doctor’s office near Virginia Beach, Virginia, sent the prescription to Accredo, the specialty pharmacy that worked with Lear’s insurance.  So began Lear’s Kafkaesque journey to getting this life-saving drug, which she wouldn’t be able to start taking until nearly two months later. Accredo had a prior-authorization process, in which companies called pharmacy benefit managers ask questions of doctors before they will release medications to patients. Accredo’s pharmacy benefit manager is called Express Scripts. Like all pharmacy benefit managers, Express Scripts negotiates drug prices with drug manufacturers on behalf of insurance plans, determines which drugs are covered, and conducts the prior-authorization process for certain cancer drugs.  The problems began with an error on Bateman’s end. During the prior authorization for Lear’s Nerlynx, Bateman accidentally answered a question wrong—she thought the person on the phone was asking whether Lear had ever been on an antiemetic medicine rather than an antidiarrheal—and Express Scripts promptly denied approval for the drug. The very same day, Bateman appealed the denial and provided the correct information, but she had to wait nearly a month before the medication was finally approved, according to clinical notes she provided to The Atlantic.” Olga Khazan, “Do PBMs Delay Drugs and Drive Up Drug Prices?” The Atlantic.