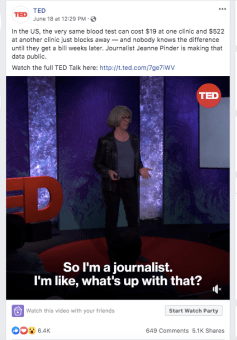 It’s by far and away the most shared item on TED’s Facebook feed, even more than Esther Perel on infidelity. When you’ve beat out sex, you know you’re onto something. (Her talk has many more views on the TED main site than mine, but I’m beating her in the Facebook view count, today at least.)

Comparing with other TED Facebook posts, mine was one of the top 5 percent in the last several weeks. Here’s the video in its shortened form — all 3 minutes and 33 seconds. (The original was 6 minutes 57 seconds.) People are clearly watching the video in the Facebook post, rather than clicking through on a link to the original, longer talk on the TED site — the view count on the full talk on the TED site has gone up a few thousand a day, but the Facebook post with abbreviated video has almost 600,000 views. 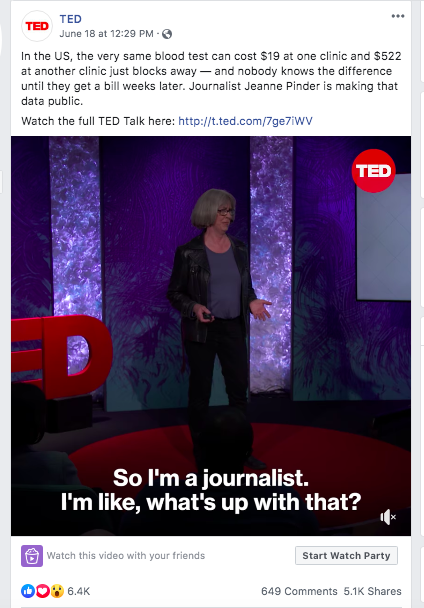