How much U.S. households with employer insurance spend on premiums and out-of-pocket costs: Commonwealth Fund 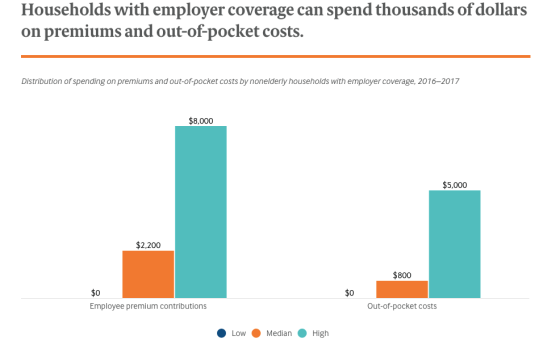