Opinion | Abortion pills should be everywhere: The New York Times 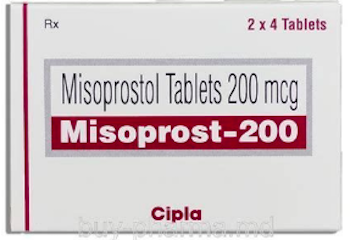 “One afternoon about a year ago, just as the Senate began considering Brett Kavanaugh’s nomination to the Supreme Court, I logged on to Day Night Healthcare, an online pharmacy based in India, and ordered a pack of abortion pills,” Farhad Manjoo writes for The New York Times. “A few hours later, I got a call from a Day Night customer-service agent with a warning. If my credit-card company called to ask about the purchase, ‘tell them you approve the charge, but don’t say what it’s for,’ the man advised. ‘If they ask, say it’s gym equipment, or something like that.’ In fact, the bank never called, and in a week and a half, a small brown envelope — bearing a postmark not from India but from New Jersey — arrived in the mail. Inside was a foil blister pack stamped with a manufacturer’s logo, dosage information and batch-identification numbers. It contained five pills. One was a 200-milligram dose of mifepristone, better known by its code name during its development in the 1980s, RU-486. The four others were 200 micrograms each of misoprostol, a drug used widely in obstetrics and gynecology, including to induce contractions.  … Mifepristone was approved for use by the Food and Drug Administration nearly 20 years ago. Used in combination with misoprostol for pregnancies of up to 10 weeks, the pills are more than 97 percent effective. The drugs, which have been used by tens of millions of women around the world, are also some of the safest known to modern medicine — mifepristone has accumulated a record of adverse complications lower than that of Tylenol, Flonase, Xanax and Viagra. In 2017, Canadian regulators lifted most restrictions on the drug, allowing it to be prescribed by any doctor, without requiring an ultrasound, and dispensed in any pharmacy.” The cost for each of the three packs he ordered was $200 to $300, he writes. For details, here’s our longer piece on abortion costs. Farhad Manjoo,  “Opinion | Abortion Pills Should Be Everywhere,” The New York Times.