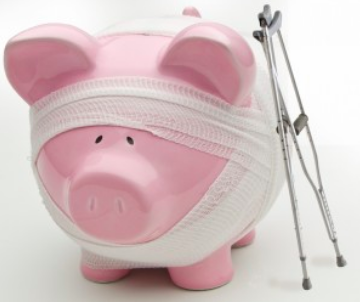 Epic, the giant electronic medical records company, is offering a price estimate button that doctors can use in the office.

Kristin Cain, a reproductive endocrinologist in North Dakota, posted this on Twitter:

“EPIC has a button I just discovered: Patient Estimate. After you place an order, it estimates the out of pocket cost. Except if the patient has more than one plan, or for blood tests, or meds…”

I asked if it works, and she replied:

1. where do you practice?
2. May I use your name/specialty? Your Twitter bio says “Reproductive Endocrinologist at [redacted]  specializing in the diagnosis and treatment of fertility issues.”

3. did you do any other tests beyond the one you tweeted about?
4. do you hear from patients a lot/a little about health costs?
5. How did you find us?

I’m kind of curious if yours is a pilot or what. I have a friend who is an Epic consultant, and he says he’s never heard of this!

Thanks so much for your help!

I practice in Fargo at a hospital based practice. Feel free to use my name and specialty but please do not name [redacted]  as they have not given permission to be discussed.

I have checked the price a few other times. We charge about $220 for an ultrasound to check follicles for IVF. The other times it has estimated costs of $0 and $160 but I have seen the $8550 number a few times. The button does not appear to be complete. There is no information about drug costs or office visits or lab tests. Just ultrasounds. It isn’t very helpful.

In my field, cost is the primary issue for our patients because infertility is often not a covered service in North Dakota. Even the two carriers that do cover infertility don’t cover it for all their patients.and roadblocks to accessing coverage are frequent. For example, fertility preservation prior to cancer treatment is often denied because the cancer patient has not been trying to conceive for a certain amount of time. I think that is starting to change, but it still is an issue and many companies don’t cover it.

I hope this is helpful.

Kaiser Health News wrote recently about a pricing tool in a doctor’s office.

“Allina Health, a large Minnesota hospital network to which Gilbert’s doctor belongs, is one of a growing number of health systems and insurers providing real-time drug pricing information to physicians so they can help patients avoid ‘sticker shock’ at the pharmacy,” Phil Galewitz wrote.

“The pricing tool, which is embedded in physicians’ electronic health record and prescribing system, shows how much patients will pay out-of-pocket based on their insurance and the pharmacy. It allows the doctor to find a cheaper alternative when possible and start the process of getting authorization for a drug, if the insurer requires that.”

We haven’t heard a lot about this kind of tool. I was at a health care thinkfest a few years ago on pricing and access to care, and my breakout group recommended that this would be an ideal tool to have. We all thought of it as kind of ideal but a “pie in the sky” idea. An Epic person attending the event, hearing the recommendation of our breakout group, said something to the effect of, “We can do that, but no one really wants us to.”

I would also like to note that a number of walk-in clinics have posted prices (often in cash) and that direct primary care providers take the mystery out of pricing by giving a monthly plan for “all you can eat,” in clinical terms, plus often discounts on tests and medications.

Worthy of note: There is the recent tangentially related move by the Centers for Medicare and Medicaid Services ordering hospitals to post their charged prices, as of Jan. 1; as we have written before, that’s of limited value because the list price is rarely if ever what’s paid. We also note that the Trump administration has called for negotiated prices to be made public; we’re skeptical of that too. See our reporting on these two developments here.

So hearing news of the button, I reached out to Epic for a chat, and heard back from Meghan Roh at Epic “media inquiries,” who set me up with a phone chat with Ryan Krause, vice president of revenue cycle products.

He said, “We’ve been allowing our customers to provide price quotes to patients since 2010.” Not every hospital or health system wanted to provide this estimate of an out-of-pocket expense, he said. At that time, of course, deductibles weren’t as high, and co-insurance wasn’t as much of a factor.

But “fast-forward 9 years,  and now we have the ability for any person to go to a customer-public-facing web site, and they can get a quote without having to log into a portal,” based on the health system’s information in Epic.  It can also be done in the exam room he added: “If I’m a doc, I can click a button and get that semi-preliminary price quote.”

All of the Epic customers have the ability to do this, he said, but only 200-plus have actually turned it on. “In terms of the number doing it in the exam room, that’s a newer feature. That’s been around for more than a year,” he said, and only a few dozen providers have chosen to use it.

Is it accurate, I asked? “It’s difficult to be accurate to the penny,” he said. “The accuracy has certainly improved over using third-party tools. Accuracy is higher when the thing that is ordered is what will actually be done,” but with surgery accuracy will obviously be little lower, because of complications, etc.

He said the estimates are based on the historical data in the customer’s system.

“The system will find all the knee replacements Dr. Armstrong has scheduled in the last year, look at the actual charges, the actual allowed amount, and then we use the patient’s current benefits,” he said.

Accuracy varies, though he said it tends to be highly accurate. We don’t have any way of assessing that statement because we have no reports from individuals with either positive or negative experiences — so we’ll have to report what he said (noting as we do that insurance companies’ estimates are wildly inaccurate in many instances, from what we hear).

Krause said the system is able to do both procedures and medications. He added that the medication information does not reside in Epic, as procedure information does, so the estimates come from an integration with a third party, like a pharmacy benefits manager.

“We can find out is it covered, and what it will cost out of pocket, and work with third parties to return a cheaper alternative that is still clinically relevant, and the provider and patient can decide if they want the cheaper alternative,” in the clinical setting, he said — as opposed to the more frequent case, when the patient goes to the drugstore, finds out she can’t afford it, and has to circle back with the provider for an alternative (or simply not fill the prescription, and not follow up with the doc).

And what are the pitfalls? He said that sometimes pre-authorization gets in the way. Not all insurance companies “participate,” he said. “It continues to be a pit of frustration — I might give a patient a quote, but they might find out a week later that this isn’t going to be covered, and we need to take an alternative path,” he said.

How many payers participate? “Right now, around a quarter with the real-time authorization,” he said.

He said that in one test, “something like 85 percent of the quotes were off by less than $50.”

I asked the Epic folks for examples of the tool in the wild, and they sent references to this piece and this piece. Again, we have no patient experience of the validity of the predictions — so if you can tell us how well it’s working, we’re eager to hear.

Of course, the idea is to end the experience like my recent one.

I went to my doctor for a physical, and was assured in advance that it would be free, part of the regular preventive protocol. I confirmed this both before going, by phone, and at the doctor’s office.

A few weeks later, I got a bill for $705 through the endlessly klunky “patient portal.” I emailed the office through the portal, and was told “we don’t do billing here,” so I was instructed to address the headquarters of the health system where my GP works.

By email, I told the contact at headquarters to fix it, and he responded that I need to address the insurer. He said he had checked it, and the insurer had denied it, so it was my responsibility to address with the insurer.

We all know that the effort and time needed to argue a bill is a huge timesuck. I explained to them that they had mis-coded the visit, and that the argument was between the hospital system and the insurer.

And yes, they use Epic — though I am sure they have not enabled this “ask how much will it cost” function.

After six or seven such emails involving six people at my GP’s office, including the GP, and the hospital system, they acknowledged that the billing was wrong.

Just imagine how much time could have been saved if everybody was on the same page. Of course, in this case, I was “lucky,” because I yelled at them via email insistently over the course of a few days, rather than taking the bait and getting on the phone for a series of voicemail trees, eternal holds and billing office supervisors who wanted to ask me if I had read my plan document — or, worse, hanging on hold and then getting disconnected, with the billing dispute still unresolved and a pile of negotiations on my plate instead of the hospital’s or the insurer’s.

But imagine again — how smooth would it be if the price in the system was the price that was true and accurate, and none of the subsequent conversations had been necessary? This is the promise of a billing system that gives accurate results at the doctor’s office.

Also — this is the fastest resolution to a billing dispute that I have ever experienced. I still can’t believe it’s real.

Our ask: Do you have experience with advance estimates? Let us know how it shook out for you: jeanne@clearhealthcosts.com, or @chcosts, or here in the comments. Thanks!