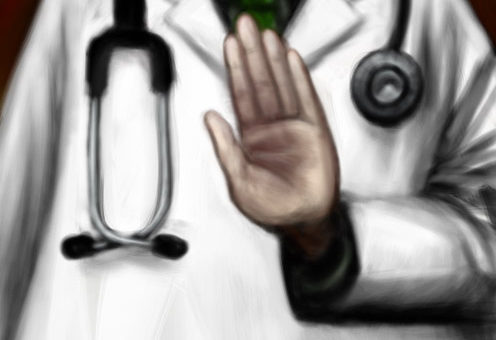 It’s insurance open enrollment season. This may not be in time to help you, but here it is anyhow. A friend writes:

I’m not sure how typical our family’s experience is with regard to managing healthcare costs in today’s environment, but I hope this may be helpful. Also, as a note, this is not meant to be a critique of one particular insurance carrier over another. What I’ve found is that the choice of carriers, plans and associated medical networks are in many cases unique to each family. Anyway, here goes….

Prior to 2014, our family purchased healthcare coverage through my spouse’s employer. By 2014 we were being subjected to increasing coverage costs through COBRA, as my spouse had retired a couple of years earlier (without retiree medical coverage), and I had also left the formal workforce, becoming self-employed once again.

We selected Oscar as our insurance carrier and elected a platinum plan based on our family’s medical situation. What follows is a recap of our costs since 2015:

I was concerned in 2016 when I learned that our costs for our plan would be going up 17% the next year, after already having gone up 9% in the prior year. I felt trapped; we liked our service providers and felt as though we had no options. So, we hung in there, absorbing the increases and dreaming of the day when we turned 65 and could get some relief in Medicare.

When we received a notice in June of 2018 that our plan costs were projected go up another 22%, I called Oscar to get a better understanding of our options. The rep was polite and walked through various family plans.

An ‘aha moment,’ completely by chance

Later that day, I called back, as I had some additional questions. A different rep answered the phone, and after getting some background, he asked me if I had considered getting individual plans for each family member based on their specific needs rather than going all in again on a family plan.

That question was the “aha!” moment for me, as I had never thought about coverage in that way. For my spouse and my entire working life, we had been purchasing health coverage from our employers. And, although “Individual Plan” was always an employer option, it was out of context with the annual sign-up materials and orientation.

The closest analogy I have is the time when we wanted to renovate our kitchen. We drew plans and made measurements, but our design ideas were all based on the existing layout -– we were tweaking what was already in place. We eventually hired an architect who literally changed our model by suggesting removing walls, repositioning appliances and creating windows and doors where there were none. We would not have been able to come up with the design we ended up with by ourselves.

So, we ended up going with 3 individual plans – a platinum plan for my spouse, a silver plan for me, and a “simple secure” plan for our then 22-year-old son who is in good health. Here are the costs associated with last year’s plan coverages:

Our individual plans will be going up 10% in 2020, but at least the increase is on a lower base.

How they think about it

Despite that, I feel better about the situation – a little less out of control, and what it has forced us to do is take a 12-month look forward for each member of the family to see if we can anticipate any unusual medical situations. Emergencies occur, of course, but thinking forward about health-related stuff is useful.

For example, my spouse has bad hips and we’ve had the discussion about when hip replacement will be necessary. After the latest medical consult, we’ve decided to do the surgery in 2020. Given that, we’re keeping the platinum plan for the coming year, due to anticipated hospital and rehab costs. It’s not a perfect system, of course, but it seems to me to be better than just drifting along, absorbing the costs every year and being angry.

I ran the numbers several times and have calculated that the only way we were going to be worse off with the Individual Plans was if my son and I both reached our individual out of pocket amounts. So, we made out in 2019, and meanwhile we creep ever closer to the Medicare mountain.

Truthfully, it is a bit frustrating that my “aha!” moment came in a random fashion –- had I not called Oscar back and spoke to a different rep, I may not have been made aware of the Individual Plan option.

Another friend chimed in

“I did same 2 years ago, UnitedHealthcare national for hubby and I, MVP gold for one child, silver for the other. It is not only premium savings (about $1200/year), importantly allowed to tailor coverage, doc network, meds, specialists to one person with a chronic condition. One possible down side is loss of “family deductible met” when pooling all medical visits of all 4 family members. Still, so far, it worked as expected. Continuing same for 2020, considering dialing down to Bronze MVP for one kid.”

Another friend did something similar

She and her husband are on a family plan. One of their sons is on CHIP, the child health insurance plan. One son, who’s in college, is on a student plan.

Eligibility for CHIP varies state by state. Look here on healthcare.gov for details. This is not completely uncommon; A recent study found that 70 percent of the children on Medicaid or CHIP have parents who work for private companies.