Eli Lilly promised to lower Insulin prices, but its cheaper drug is hard to find: The Washington Post 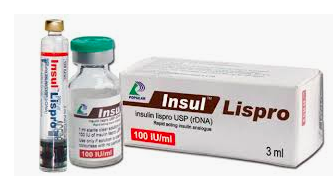 “Each year brings a fresh episode of popular and political outrage over high drug prices,” Christopher Rowland writes for The Washington Post. “In 2019, it was insulin’s turn in the spotlight. The lifesaving drug for diabetics surged in list price more than 250 percent over a recent 10-year span — despite being a century-old invention. The three largest manufacturers, one American and two European, were accused of excessively pricing their drugs. The media featured stories of patients rationing their insulin, sometimes with fatal results. Eli Lilly, the U.S. manufacturer of Humalog brand insulin, sought to douse political anger with a pledge in March to distribute an ‘authorized generic’ that would cost 50 percent less than Humalog’s $300 price per vial. Although an authorized generic may carry a lower price tag, it doesn’t pose the same level of aggressive market competition as a real generic drug. By the end of the year, Senate Democrats said the benefit to insulin consumers appeared to be minimal and accused Eli Lilly of a ‘broken promise.’ Earlier this month, Sens. Elizabeth Warren (D-Mass.) and Richard Blumenthal (D-Conn.) commissioned a spot check of nearly 400 pharmacies by their staffs. They found Eli Lilly’s authorized generic, called Lispro, available in only 17 percent of pharmacies contacted across the country. ‘Its authorized generic, rather than expanding access to low-cost insulin, appears instead to be a public relations move intended to ease scrutiny on the rising price of insulin,’ the senators’ survey concluded.” Christopher Rowland, “Eli Lilly promised to lower Insulin prices, but its cheaper drug is hard to find,” The Washington Post.