Not everyone has eye-popping deductibles, or how one union kept medical bills in check: Los Angeles Times 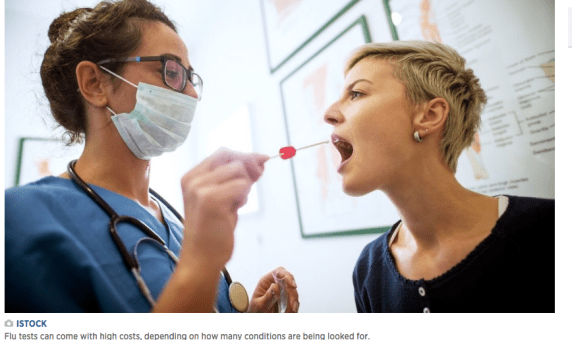 “Even as soaring insurance deductibles wreak financial havoc on millions of American families, some workers have managed to dodge the affordability crisis,” Noam N. Levey writes in The Los Angeles Times. “In Boston, a labor union representing the city’s hotel workers offers its members health coverage with no deductible and family premiums just a tenth of the U.S. average. Workers and their families pay nothing out-of-pocket for doctor visits, tests and hospital stays. Even the most expensive specialty drugs cost just $12 per prescription. Generics are $1. The push by Unite Here, Local 26, to protect Boston hotel workers highlighted the challenges of protecting patients from medical bills, as workers were forced to make difficult choices. But the union’s success — in one of the most expensive healthcare markets in the country — also suggests that Americans may not have to settle for huge deductibles that have put medical care out of reach for millions. ‘Everyone says we can’t do anything about costs, or we just have to get patients to put more ‘skin in the game,’ said John Brouder, a longtime health benefits consultant who worked with Local 26 to develop its health plan. ‘This union showed that’s not true…. It’s a very profound and important message.’ …Starting in 2013, when the new health plan debuted, Local 26, which provides coverage for roughly 9,000 union members and their families, had to confront the biggest cause of soaring insurance premiums and deductibles: the high price of U.S. medical care, particularly at hospitals. It required union members to make a trade-off that many, at first, found unpalatable — giving up access to some of the city’s best known, and most expensive, hospitals. In return, however, workers not only kept their insurance premiums under control, they saved so much money that housekeepers like Rajae Nouira saw their hourly pay increase from $16.98 to $23.60 in five years, a 39% jump.”
Noam N. Levey, “Not everyone has eye-popping deductibles: How one union kept medical bills in check,” The Los Angeles Times.