The public health legacy of slavery: The Baltimore Sun 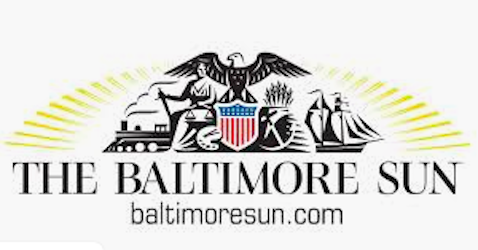 “It has been 400 years since the first enslaved Africans arrived in the British colonies, yet the bodies of many Americans today are still marked by the effects of that horrible institution,” Lisa A. Cooper and Jeremy Greene write in The Baltimore Sun. “Across the nation, African American adults have death rates from heart disease that are about one and a quarter times higher than white adults. African American women experience pregnancy-related deaths three to four times more than their white counterparts. In Baltimore, these disparities are written on the map, with predominantly African-American neighborhoods of the ‘Black butterfly’ of East and West Baltimore, showing lifespans 14 to 20 years shorter than those of largely white neighborhoods in the ‘White L’ through the city’s center.   As primary care physicians working in a community health center across from the Latrobe Homes housing project, down the street from the jail complex, both of us go to work each week to confront the massive health inequities that are realities for African Americans in Baltimore and across the United States.  These evils stem from the racial demarcation of urban neighborhoods from redlining policies, to our carceral systems and segregated institutions from Jim Crow, down the tracks of the Great Migration, past the failed promises of Reconstruction to the bodily harms and psychological trauma of plantation life. They can be traced to the Fells Point waterfront where Harriet Tubman hid slaves she helped escape, to the slave markets where Power Plant Live now entertains us and to the ships of the middle passage that killed more than 2 million enslaved Africans before they reached American shores.  Michelle Simmons, a mother and grandmother on the Johns Hopkins Center for Health Equity community advisory board, can feel the weight of this history on her family’s health. She grew up watching her parents struggle, sometimes having to choose between buying medicine or dinner. Her loved ones suffered from heart disease, emphysema, diabetes and cancer. Her mother died of a heart attack at 68, and her cousin died from diabetes at 62.” Lisa A. Cooper and Jeremy Greene, “The public health legacy of slavery,” The Baltimore Sun.