How to negotiate for lower medical bills if you are uninsured or underinsured: Reddit 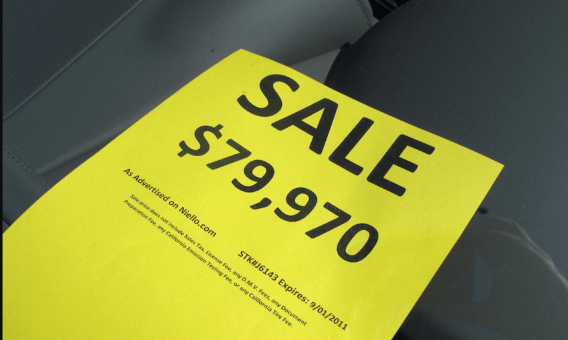 I noticed this piece on Reddit, and found it intriguing. I wrote to the author, who gave us permission to reproduce it here.

I used to work in medical billing/finance and have a pretty good understanding of how the billing system works. I have successfully used this knowledge to negotiate my medical bills, and realized a lot of people don’t have a good understanding of how this works. I will explain a bit about how medical services are priced and then how to use this to negotiate with your doctor when it comes to payment. You can actually lower the price of service, not just change the payment schedule.

A basic idea to understand is that individuals don’t have a “market” for medical service, only for medical insurance. We can’t really compare prices of services at doctor’s offices, because those prices aren’t transparent or available.

A main reason for this is that doctor’s offices use something called fee schedules.

These fees are not uniform across doctor’s or payers, and also changes every year.

But, when Dr. John’s office bills a checkup to these insurance companies, it’s easier for them to just bill one amount. And, a fee schedule is a binding agreement, so they know that no matter how much they bill, Aetna will pay $150 and CIGNA will pay $175. So, Dr. John’s office says, what the heck, let’s just bill a really high price to cover our asses, just in case. If we bill $150 to CIGNA, we’ll be losing $25, so might as well go extra high.

On average, companies bill at 3 times what they actually receive. So, Dr. John would probably be sending out bills for a checkup for $450. When they get the check from Aetna, it would basically say: “Here is $150. You charged $450, and we rejected $300 of that amount due to our agreed upon fee schedule”. Dr. John’s office says, ok, no problem! They knew they wouldn’t get $450 anyways, so they don’t care.

I know this sounds weird to a lot of people, but yes, this is really how it works. When I worked at a drug testing laboratory, we did a lot of urine drug screens. I processed every payment for about a year, which amounted to literally tens of thousands, and I not a single time saw one paid in full.

If you don’t have insurance, or have a big deductible, then you’ll be billed the full amount, the same as insurance companies. If you get a checkup from Dr. John, you’ll get a $450 bill.

Dr. John knows that no insurance company would give them that much money, but that’s still how much they charge you. Obviously, most people have no idea about how this all works, so they just pay the $450 out of pocket and suck it up.

So, if you receive one of these bills, here is how to negotiate. Remember, you’re not asking for the price to be artificially lowered for you, you are asking to pay for the actual cost of service. This isn’t charity, it is something that the doctor’s office does with insurance payers on a daily basis.

Talk to the billing department. They’ll know what you’re talking about.

Have your date of service and procedure names ready. If you are able to, you can also look up the CPT code for your procedure using google. If you are really wanting to go hard, also look up the fee schedule that is set by CMS for Medicare every year online, and see how much the government thinks is a fair price for your service. [Editor’s note: You can find the CPT code by asking the doctor, and you can find the Medicare price using the search tool on our PriceCheck share and search form here: You’ll need to put in the CPT code and then restrict it to your zip code, and you’ll get the Medicare price.)

Tell the person you are talking to that you would like your bill adjusted to reflect an average insurance payment amount. Specifically use the term “adjusted,” not lowered. This is standard in the industry.

If they tell you that they can’t lower the price for you, tell them that you understand how fee scheduling works, and that you know that they would not receive anywhere near the billed amount for the services rendered. This is where having an alternative amount (like the Medicare fee schedule) can come in handy — the disparity is usually very striking.

If they ask whether or not you can pay it, or if they mention pricing schedules (how long you can take to pay it), repeat that you would like them to lower the fee, not the schedule. A line I used that seemed to work well was:

“I want to pay you what any other payer would pay you, not an inflated amount that is used to cover fee schedule variations. I’m happy to pay you an amount that reflects an average insurance payment for the same service”.

Don’t let them play dumb. Most billing people would feel so on the spot in a situation like this, but they will know what you are talking about. If they don’t, request to talk to a supervisor. Anyone who works in medical billing will 100% have knowledge about how this works.

Don’t let them say that they can’t change the fees. It wasn’t even part of my job and I knew how to do this — it’s one of the easiest things to do in a medical billing software, and I’ve used multiple. Also, at least where I worked, the owner/doctor would never notice or care. The amount of money received isn’t being lowered at all, it’s staying the same. Where I worked — and we weren’t especially kind or helpful in general — we always adjusted fees for people.

Bonus: Ask them at what rate of the CMS fee schedule they bill (usually it’ll be 3x, you should be able to pay a third of your bill). Ask them if they can pull up an explanation of benefits (this is the name for the form that accompanies a payment) from Medicare so that they can check how much Medicare pays for this service, so that you can compare.

As I said, they will know what you are talking about, and they will do it with relatively little pushback in many cases.

Let me know if you have any questions about this stuff.

{Editor’s note: We hear that this kind of negotiation can work well BEFORE you have received a bill also; check the suggestions on our “10 questions to ask to find out what stuff costs in health care,” That post also links to other posts on “how to argue a bill” and “how to turn an insurer’s ‘no’ into a ‘yes.'” A commenter on this Reddit piece also added, “Another important thing to look at is if they have any financial assistance plans. My local hospital is Sanford, and if you’re making less than 376% of the poverty level (which is something like $50k/yr.) they’ll write off at least 60% of your bill. If you’re making less than 225% of the poverty level, they write off 100% of it.”]