PSA testing: What does it cost? And what’s covered? 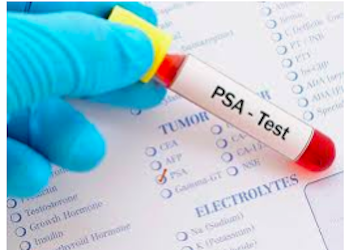 We have heard a lot lately about mammogram screenings that cost a ton of money — especially when the plain-vanilla screening mammogram doesn’t deliver a definitive result, so the woman has to go for a second level of screening (ultrasound or MRI), for which she is charged what can be large amounts of money. See stories from our partners at CBS here and WNYC-Gothamist here.

So what’s the analagous situation for men?

The protocols of prostate cancer tests are less clear than those for mammograms, and
insurance companies can fight back against paying for tests for men with confirmed
prostate cancer. Cancer of the prostate, the gland that produces seminal fluid, is the
second most deadly cancer among men.

Ask your primary care doctor whether or not you should have the common Prostate-
Specific Antigen (PSA) blood test to detect prostate cancer. PSA tests usually cost $20-40, or as much as $140, with an additional charge possible for a doctor’s visit.

He or she will factor in your race (African Americans are at much higher risk), family history (if you have close relatives who have had cancers of the prostate or some gynecological cancers,
your need for the test rises), age (men without risk factors usually get tested at in their
fifties), and overall health (if you’re 70 and not expected to live another decade, you
likely don’t need a test, as in general the cancer won’t be what kills you.

U.S. Preventive Services Task Force guidelines say: “For men aged 55 to 69 years, the decision to undergo periodic prostate-specific antigen (PSA)–based screening for prostate cancer should be an individual one. Before deciding whether to be screened, men should have an opportunity to discuss the potential benefits and harms of screening with their clinician and to incorporate their values and preferences in the decision. Screening offers a small potential benefit of reducing the chance of death from prostate cancer in some men. However, many men will experience potential harms of screening, including false-positive results that require additional testing and possible prostate biopsy; overdiagnosis and overtreatment; and treatment complications, such as incontinence and erectile dysfunction. In determining whether this service is appropriate in individual cases, patients and clinicians should consider the balance of benefits and harms on the basis of family history, race/ethnicity, comorbid medical conditions, patient values about the benefits and harms of screening and treatment-specific outcomes, and other health needs. Clinicians should not screen men who do not express a preference for screening.”

A recent study out of the Netherlands advocates stratified screening, with longer gaps
between tests for younger men with low (good) initial PSA levels, and stopping
screenings for men 60 and over who have had consistently low PSA levels. This
timeframe resulted in far fewer overdiagnoses.

If the test detects cancer, many doctors take a watchful waiting approach, because the
treatment can have very damaging effects, including incontinence and erectile
dysfunction.

Appealing for coverage of screening

For men with prostate cancer, some insurance companies have balked at providing the
Axumin scan, which tests for metastases, while patients on HealthUnlocked.com have
shared their strategies for fighting claim denials.

Costs for the Axumin test range from $4,500 upwards. One patient, DMT1121, described his quest to have their insurer cover the scan:

“As many of you know, I had two oncologists fight with my health insurance company
(Providence Health Plan) up to the peer-to-peer review level and were turned down flat. Well,
the insurance company was no match for my wife!

She went to the final step of filing a “grievance appeal.”

And if that doesn’t work, he advised (time for all caps)
File an EMERGENCY GRIEVANCE APPEAL…. Be sure that to include in your “THIS IS
THE STANDARD OF CARE FOR THE DIAGNOSIS OF UNDETECTED METASTASIS
FOR THIS CONDITION AND YOUR PROTOCOLS DO NOT MEET THE STANDARD OF
CARE OF THE REST OF MEDICAL PROFESSION AND CHANGES IN COVERAGE FOR
THE AXUMIN PET/CT SCAN BY OTHER MAJOR HEALTH INSURANCE COMPANIES
9IN IDENTICAL CASES. THIS IS MATTER OF MY SURVIVAL AND YOUR LIABILITY.”;

Two other men offered to borrow DMT1121’s wife to cut through their own red tape.

Have you had pushback in getting your PSA test covered? Or, if you have prostate
cancer, has your insurance covered what your doctors recommend? Let us know: info@clearhealthcosts.com. Thanks!