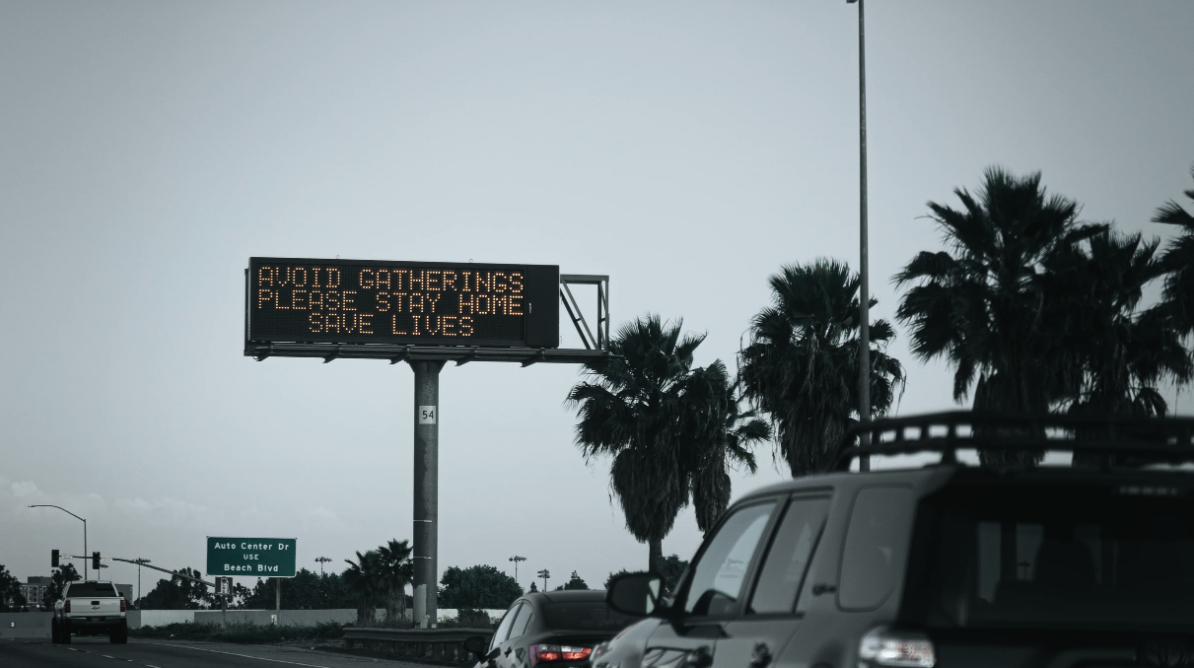 By MOLLY TAFT and JEANNE PINDER

Are we starting to get back to normal? The White House says it’s winding down its coronavirus task force, states across the country are easing restrictions, and the nice weather is drawing people in New York City to socialize outside and look forward to summer. What do the next couple of months look like in the United States? Have we reached a turning point?

It’s looking like June 1 and Sept. 1 are inflection points, decision points, for all of us. Let’s take a look.

What will happen this summer?

What your summer is going to look like will depend on where you are. A survey conducted by the Kaiser Health Foundation shows that more than half of states have started easing social distancing measures or announced concrete plans to lift measures.

“Reopening is not back to normal. It is trying to find ways to allow people to get back out to do things they want to do, and business to do business,” Dr. Marcus Plescia, chief medical officer at the Association of State and Territorial Health Officials, told Kaiser Health News. “We can’t pretend the virus has gone away. The vast majority of the population is still susceptible.”

If that’s the case, what IS safe to do for the next few months? What will our summer look like?

Experts say that socializing outside with friends – while masked and maintaining a six-foot distance – is okay to start doing as the weather gets warmer, and eating at restaurants that have outdoor seating is a possibility with the correct cautions as well. But they caution against unnecessary trips or vacations, warn against interacting with at-risk populations like the elderly or immunocompromised, and say that hugs are off-limits for now.

Many tourist towns and summer planners are struggling to prepare for a summer that will look vastly different than usual. Across the country, towns and cities have been postponing hundreds of summer events to Labor Day: from a truck meet in Florida, to a beauty pageant in Kansas, to Memorial Day celebrations in California, to a sand sculpting competition in Massachusetts. Towns in upstate New York, Connecticut, Ohio, Pennsylvania, Wisconsin, and elsewhere have postponed their Fourth of July celebrations for that weekend as well.

Phased reopening of businesses is happening at different paces in each state, and sometimes even within states: upstate New York will open earlier than New York City under Governor Cuomo’s plan, while Georgia’s hairdressers, massage therapists, gym employees and other workers have been back at work for two weeks now. But many companies across the country that went totally remote in March are still adapting plans for going back to their physical offices, with many telling employees that they’ll be working from home at least through the summer.

But what happens after Labor Day?

“We will have coronavirus in the fall,” Anthony Fauci told reporters late last month. “I am convinced of that.” All the distancing measures taken this summer still won’t be enough to keep us totally safe after Labor Day.

Educators, students and schools in the US are in a particularly tough spot when it comes to planning for the fall – and the decisions they make will have a huge impact on American lives. Colleges across the country are juggling a range of possibilities for how the fall semester may look – and it’s very probable the 2020 school year will involve some major changes.

Inside Higher Ed has laid out 15 different potential scenarios for colleges and universities, ranging from a normal semester to a delayed start to gap years to totally-remote learning – and notes that many schools will probably pursue a combination of tactics.

College students aren’t the only ones facing an uncertain future. Parents of K-12 students across the country are anxiously awaiting news from school districts about what the school year will look like in the fall – and what that will mean for parents and caregivers who may need to go back to work beforer their kids can start school. Like with colleges and universities, the combination of responses varies by location. In Denver, schools are looking at a mix of remote and in-classroom instruction for the fall; Connecticut could put kids in school on alternating days; officials in Maryland may mark playgrounds with social distancing spacing checks; Minnesota’s schools are exploring installing sneeze guards.

New York City, the epicenter of the pandemic, is facing a particularly tough slope to getting its more than 1 million students back into the classroom in the fall. The city said last week that it still does not have a plan for testing teachers and school staff when schools reopen, and the teachers’ union has suggested morning and afternoon shifts, or alternating days, to teach kids and keep everyone safe.

The pandemic could permanently change how education looks in this country. Governor Andrew Cuomo has tapped the Gates Foundation to “reimagine” schools in the city during the pandemic.

This idea is not without precedent: A school in Michigan said that it would go completely and permanently virtual in the fall as the state faces a looming budget crunch for education.

Why won’t my boss tell me what’s up?

Business owners and managers are trying to figure it out with fragmentary and partial information. Quite possibly, they don’t know. We heard from a midlevel manager who said that in the last 64 days his email guidance from management had changed A Lot.

That has the ring of truth for us. What’s next? Most of us don’t know.

If you’re antsy, maybe offer to help in planning? A new line of business, how to fix an existing problem? Just a thought.

Again, fragmentary and partial. We are hearing some places management is saying, “How soon can you get on a plane?” and others, “Don’t you dare get on a plane.” Generally, no international travel for an unforeseeable future. Also no travel to hotspots like New York City.

Most people are apparently putting it off, though we hear of people planning to get antibody (serology) tests in case they can (or need to) see relatives in other countries like Canada, Australia etc., where U.S. citizens may be required to quarantine for 14 days after a flight. Short answer: check the consulate of the nation you’re visiting.

When will we get back to ‘normal?’

If we make it through the disruptive shifts to our schedules and lives, there’s no signs things will return to “normal” any time soon – and we may need to return to full lockdowns if coronavirus gets worse in cold weather.

“There’s a possibility that the assault of the virus on our nation next winter will actually be even more difficult than the one we just went through,” CDC Director Robert Redfield told The Washington Post in April. Redfield also explained that flu season will hit hospitals and healthcare systems hard, creating a one-two punch that could create another spike in deaths and scarce resources.

Looking at countries that are opening again, it’s clear that as long as we don’t have a cure or a drug, the new “normal” is very different from our old lives. The Atlantic interviewed sources in China, Denmark, South Korea and other places that are ahead of the United States in fighting the virus, including Christopher Suzanne, an expat living in Wuhan who describes his “new normal:”

In Wuhan, the city is coming alive again, Suzanne told me when I checked in with him this week. Trains, highways, and buses are humming anew and people venture out more. Yet many businesses have not reopened, many people (including Suzanne and his wife) are still working from home, many restaurants are still open only for takeout, and the local economy is still a shadow of its former self. “There’s a lot of traffic, but looking around, I just don’t know where these people are going,” he said.

“I don’t want people to think Wuhan is this booming city again, and everyone’s ready to go, and the economy is roaring,” he added. “No, it’s 20 to 30 percent open for business. Maybe 70 percent of people are outside.”

Suzanne said that although he’s still fearful of the virus, he “can’t be inside locked up” for long. Nevertheless, he’s not spending time with friends, in part because there are few places to meet, but also because everyone knows this ordeal isn’t over. The government is still sending texts with messages such as “‘wash your hands, be afraid, the second wave may be coming,’ so everyone is kind of expecting this second wave. And we definitely don’t want to be a part of it,” he explained.

We live in Kansas (Wyoming, South Dakota). Why is this all being driven by New York City’s experiences?

Epidemiologists tell us that the experiences of the places like New York, with dense populations and uncontrolled spread, predict what will happen in other places where the spread of the virus is more controlled.

As we write this, Iowa and Nebraska have jumped into the ranks of states with the fastest rate of increased cases — while New York remains the highest absolute value, because it has the highest population. Other high population centers are close behind.

The epidemiologists hope that Iowa’s per-capita rate slows. Per-capita cases and death rates are most informative, not absolute numbers.

On May 12, Dr. Fauci warned states reopening that “the consequences could be really serious” if they went ahead too early.