Coronavirus (Covid-19) and work: Here’s how some are returning to the workplace 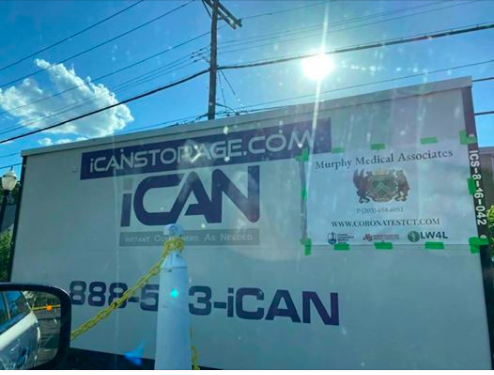 Coronavirus (Covid-19) has sent a lot of people out of the workplace, especially in places like New York, the center of the pandemic.

As the New York area cautiously starts to leave full lockdown, examples of workplace practices are being discussed. Employees are waiting to hear what’s up at their workplace, and what has been done at offices that remained open during the lockdown.

Most of the return-to-work protocols include some mix of temperature tests,  nasal swab test for evidence of current infection, and blood testing to seek antibodies to the virus as evidence of previous infection. Traffic control also figures prominently.

Some essential workers have been in the workplace straight through — metro transit, hospitals, police, grocery store workers, for example. Of non-essential workplaces, not everyone is going back to work. Many New York area workplaces have already said they’ll let people work from home through the summer at least and perhaps longer.

Public health officials have said that testing is an integral part of any return-to-work plan. Yet at the same time, we and others have reported that the tests are not always accurate. See here and here. Some tests are 30 percent accurate — some are 50 percent accurate. Michael T. Osterholm, a well-known scholar of epidemics, told our partners at CBS News that marketing materials for return-to-work antibody testing was misguided and misleading — see our  piece  on the topic here.

For a look at the legal issues, including  Equal Employment Opportunity Commission (EEOC) and Americans With Disabilities Act (ADA), see our piece on the topic here.

How a medical office returned to work

A medical office in southern Westchester opened up in April, with a testing plan devised by the employees. The doctor who runs it had been seeing patients, but wanted to bring his staff back to help, and asked them to advise what precautions would make them comfortable.

They decided to start out by testing all 11 returning employees for antibodies, said the nurse manager who described the plan, speaking on condition of anonymity. Four tested positive, though all said they didn’t think they had symptoms or family members who had been exposed. Seven tested negative. The four who were positive said they felt comfortable with providing patient care, given their antibody tests.

“The CDC and Board of Health suggested those with antibodies were less likely to get sick if they were in contact with a patient with Covid,” the nurse manager said “That’s how we decided who would work with patients, and who would work at the front desk, limiting their exposure.”

The office then began a rotating series of tests for active infection, every employee every 12 to 14 days, with next-day results. “That way if we know someone has it, we can shut down,” the nurse manager said. The idea was based partly on  experience of one employee whose husband is a firefighter — firefighters are tested regularly, she said, and it is assumed that they will pass the virus quickly among themselves because of the way they live together at stations. “We’re not doing a temperature check because it doesn’t matter,” the nurse manager said.

The doctor is tested weekly.

The nasal swab tests are being done by a hospital that the practice is affiliated with, she said.

The office also set up partitions of plastic and glass where they did not already exist to keep patients and staff members separate. They also devised a patient flow that keeps patients from hanging out in waiting rooms or meeting others in the hall, the nurse manager said. Patients call from their cars and when it’s time for them to come in, they are directed to do so by office staff in a way that maintains social distance.

The day before patients come in, the staff asks them about any symptoms. Most of the people coming in are urgent or severe cases, she said — no routine visits.

Two employees have not yet returned, she said — one who had a recent transplant and thus is immunocompromised, and one who recently had a baby.

The testing protocol drew heavily on Westchester County’s guidance for physicians, at this page, and on Centers for Disease Control recommendations, the nurse manager said. Also “there were a lot of Zoom calls” to discuss the procedures with other offices.

A doctor told us his office checks his temperature every day when he arrives, and then gives him a pass to enter the building. This seems a little puzzling, because we know that many Covid-19 patients never develop a temperature. Also, scientists say that they believe patients can be at their most contagious after exposure to the virus and before any symptoms arrive — so asymptomatic people will not be caught by a temperature check.

A grocery store in southern Westchester has been bringing in a traveling testing lab in a trailer. The tests are provided by Murphy Medical Associates of Greenwich, Ct., at coronatestct.com.

Morgan Stanley is planning to bring employees back to its New York headquarters in mid- to late June, Hugh Son wrote in a piece for CNBC. “Employees will have to queue up to get their temperatures checked before entering the building,” he wrote, describing conversations with people working on the plans. “Inside, signage will direct people where to walk so they don’t bump into each other. Only two or three people will be allowed in an elevator at a time. Employees will get welcome kits with masks and hand sanitizer, and will be required to wear masks in most situations except when sitting at desks, the people said. Most meeting rooms will be shuttered, and the corporate cafeteria will likely only offer boxed meals that can be ordered via app, said the people. These plans could change and are contingent on guidance from local and national authorities including the Centers for Disease Control and Prevention, the sources said. Workers who don’t feel comfortable returning won’t be forced to, they said.”

Citibank is saying it will return 5 percent of its 12,000 workers in July or August to its New York headquarters, Eric Schatzker wrote for Bloomberg.