We won! Our CBS partnership is the top network public service journalism project in the nation! 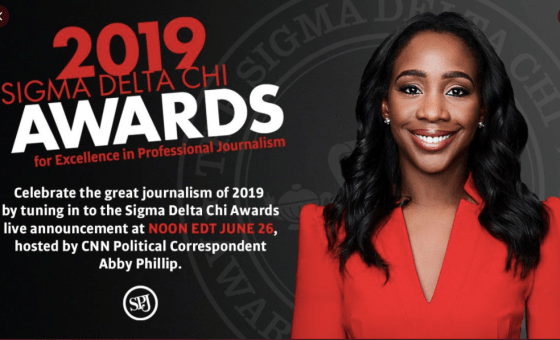 We’re thrilled to report that we and our partners at CBS News won the 2019 Society of Professional Journalists – Sigma Delta Chi Public Service gold medal for network news for our health costs partnership, “Medical Price Roulette.”

Let that sink in for a second: This is the best public service journalism at the TV network level of last year, and we were part of it. We’re beyond proud that our work has been honored.

The partnership, exploring the vagaries of medical pricing, can be viewed in its entirety at this link on our site, with links to the pieces.

The series has won regulatory change, made people’s bills vanish and elicited a huge response from CBS viewers. The leadoff piece, on a man whose back surgery bills were rejected by his insurer, brought Gov. Andrew Cuomo of New York to the phone to address the billing problem, and also to add consumer safeguards in New York State for people receiving surprise bills. Two other pieces, on the topic of mammograms, explained the ways in which women who have a mammogram — which they believe is supposed to be without charge under the Affordable Care Act — get charged for breast examinations. Hundreds and hundreds of women shared their stories with us.

Named as team members were Anna Werner, chief consumer investigative correspondent; Wendy Krantz and Nicole Busch, two CBS producers; and Jeanne Pinder, the ClearHealthCosts founder and CEO. Many others at CBS and ClearHealthCosts contributed to the success of this series, and they own this every bit as much as those of us who were named. Thank you, Erin Rosenblum, Nicole Keller and Sharon Choe at CBS, and Eliana Perez, Avery Miles, Tamsen Maloy, Laura Olivieri Robles, Elisia Guerena, Tina Kelley and Alex Filatov at CHC. Thanks also for CHC assists from Molly Taft, Ben Glickman, Phoebe Pinder, Marian Pierce and Graison Dangor.

Thanks especially to Susan Zirinsky, president of CBS News, and Kim Godwin, executive vice president of news at CBS, for championing this work.

The awards were announced Friday, June 26, in an online ceremony. Other award-winners included The Washington Post, ProPublica, The Los Angeles Times, The Wall Street Journal, The New York Times, The Boston Globe, The Chicago Sun-Times and other major news providers.

The formal name is “Public Service in Television Journalism (Network/Syndication Service/Program Service).” Last year’s winner in this category was Reveal with the PBS NewsHour; the previous year it was 60 Minutes and The Washington Post.

In the rules, the SPJ application says: “Entries in the public service categories will be judged on the significance of the service rendered. Judges will look for evidence of courage and initiative in overcoming opposition; effectiveness of the presentation; and results obtained, such as changes and reforms effected or pledged.”

SPJ also has a category for public service for large-market television and small-market, as well as magazines, radio and newspapers with a similar size breakdown. We won the public service award for 2017 for small-market TV with WVUE Fox 8 Live and NOLA.com I The Times Picayune, for our “Cracking the Code” health cost work in New Orleans.

That time, the awards were given at a ceremony at the National Press Club in Washington, D.C.

“Cracking the Code” also won a national Edward R. Murrow award and was a finalist for a Peabody Award, one of the most prestigious honors in American journalism. Other news finalists are primarily big organizations like CNN, ABC, PBS, Vice, the BBC, etc.