Coronavirus (Covid-19) and testing: Why is CVS delivering results after 13 days? 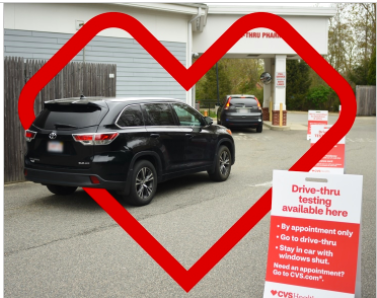 We have been following coronavirus (Covid-19) testing since the beginning of the pandemic. One of the constant problems has been that people can’t seem to get tested — or when they do get a test, the results don’t come back quickly. That means that anything like treatment decisions or contact tracing are difficult if not completely worthless.

Many people here in the New York area experienced this, but it seemed to have more or less resolved itself here — after the first wave of the pandemic passed — though we heard about this problem in hot spots like Arizona, Texas and Florida. Then just recently I heard from a friend in the New York Area who had a lengthy delay in getting his results from CVS. Here is his story.

“Following a week of experiencing continuous lung congestion and sporadic breathing difficulties that seemed to arise out of nowhere, on July 3rd I went to a local CVS on Long Island for a drive-up self-swab COVID test.

“The CVS process involves driving up to a drive-up pharmacy window at an appointed time and being handed a kit that includes a pre-labeled test-tube type container for the swab. The test kit I was given requires the swab to be inserted only about an inch into each nostril and rotated, then placed in the tube and the stopper placed back into the tube. The tube has some sort of solution in it that presumably preserves the sample (hopefully for at least 13 days!). The pharmacist explained to me exactly what I needed to do and watched me do it. She noted that the one inch insertion was far less unpleasant than the deep insertion swabbing technique that has been widely used.

“At that time, the pharmacist mentioned that the testing lab, Quest Diagnostics, had a backlog and told me it could take as much as 8 days to receive my results. Over the next couple of days, I set up CVS MyChart and Quest MyChart on-line accounts where I could check for test results.

“Nine days after I was tested (Sunday, July 12), I contacted that same CVS pharmacy to tell them I hadn’t received results and they explained that they are not involved with reporting results and gave me a customer service phone number for Quest Diagnostics. When I reached someone at Quest, they informed me that their group didn’t handle test results information and gave me another number to call. She added that since it was Sunday, they would not be working and to try that number on Monday (now Day 10 after my test). I called the number the next day and was on hold for over an hour waiting to be connected to a live person and finally gave up after holding for an hour.

“Increasingly frustrated by the delay and inability to speak with a live person about the delayed result, I then tried calling Quest Diagnostics corporate headquarters in Secaucus, NJ. I believed that if I could get through to someone in the office of the C.E.O., they would be able to flag my case to the appropriate team to get an answer. However, the voice response system for Quest headquarters prompts for a known extension or the name of the person you are trying to call. I pressed ‘0’ to be connected to a live operator and after several seconds of hold music, the call was cut off. I tried again and got exactly the same result. It was apparent that Quest headquarters has no desire to take calls from the public when they are falling so far behind.

“Finally, this morning, Thursday July 16, 13 days after I was tested, I got my results (posted on-line). Fortunately, the result was negative. But had my result been positive, it would have been so much harder to re-trace my steps for 13 days (plus 5 days pre-symptoms) to support an effective contact tracing and anyone I had had contact with early on would have had multiple contacts, and so on, before anyone alerted them that they might have been exposed to someone with COVID. Clearly, it is more than just an inconvenience for testing delays to be this extreme. Though my results came back negative, what will the consequences be for public health for any who test positive and don’t receive their results for nearly 2 weeks? Testing delays represent a big risk and I hope capacity can increase to the point of rapid turnaround for drive-up tests such as the one I went through.”