Coronavirus (Covid-19) and gender: How the illness affects the sexes differently 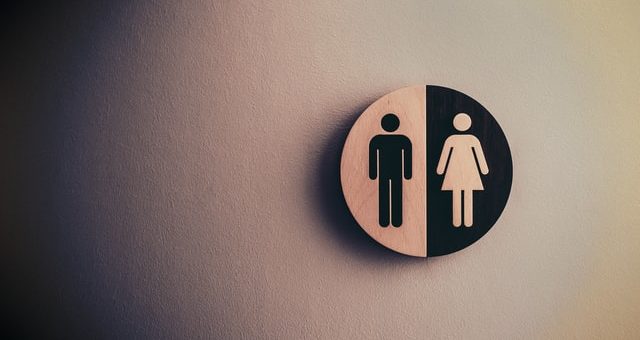 - photo by Photo by Tim Mossholder on Unsplash

If there’s one thing we’ve learned during the pandemic, it’s that not all cases of Covid are the same. While science is still catching up to the disease, a growing body of research shows coronavirus may affect people differently based on their sex. .

How does Covid affect the sexes differently? We break down the state of the current research.

(Please note that none of the studies we reviewed referenced trans or nonbinary people, or made reference to patients’ gender identities; we’re using “male” and “female” throughout this article in reference to these studies as catchall terms for people assigned to these genders at birth. If you’re aware of a study or body of research that addresses different gender expressions and Covid, please let us know!)

Research findings appear to indicate that males may be more susceptible to severe Covid infection than females.

One such study, published by researchers in China, found that, while men and women are equally likely to be infected with the virus, men are more at risk than women of becoming very ill or dying, regardless of age.

Specifically, the researchers determined that the number of men who died from Covid (at the time the study was conducted, in April) was 2.4 times that of women, and that men’s illnesses tended to be more severe. A similar gender disparity was also previously noted amongst SARS patients.

Another study, by researchers at the College of Medicine at Zhejiang University in China, noted that, among severely ill patients, virus duration (based on regular SARS-CoV-2 RNA viral load measures) was significantly longer in male patients than in female patients.

Male-bodied patients have reported the presence of reproductive symptoms since initial Covid infection, including testicular pain and erectile dysfunction.

Researchers in Wuhan, China have found that the sex hormone profiles of males with Covid differ from those of healthy, age-matched individuals. Specifically, the researchers found that “serum luteinizing hormone (LH) levels were elevated and the ratio of testosterone (T) to LH and the ratio of follicle stimulating hormone (FSH) to LH were dramatically decreased in males with COVID-19.” This finding, they warned, “could be a potential marker of impairment of reproductive health by SARS- CoV-2.”

A number of female-bodied people have also reported changes in reproductive health since becoming ill with the virus, including a worsening of Covid symptoms during menstruation, menstrual cycle changes — heavier, lighter, and/or irregular flows — return of menstruation in menopausal women, changes in sex drive, breast pain, and more.

You can read more about ClearHealthCost’s coverage of this phenomenon here.

The role of ACE2

Several studies have shown that SARS-CoV-2 (the virus responsible for Covid-19) is thought to enter into host cells by binding to a type of protein known as angiotensin-converting enzyme 2 (ACE2). A 2010 study on SARS carried out by Chinese researchers found that “the organ involvements of SARS correlated with organ expression of ACE2.” Thus, in theory, any cells expressing ACE2 may be susceptible to Covid infection and attack.

A 2013 study in Australia found that “circulating ACE2 levels are higher in men than in women.”

A study carried out by Chinese researchers this spring noted that “ACE2 expression was notably up-regulated in male testes, while very little expression of ACE2 was seen in ovarian tissue.” The researchers concluded that this may “provide evidence that the human testis is a potential target of SARS-CoV-2 infection” — a potential factor in male-bodied vulnerability to the virus.

Autoantibodies are antibodies that mistakenly target a person’s own body. They are the cause of many autoimmune diseases.

A recent study published in Science found that around 10% of Covid patients who develop severe, life-threatening pneumonia possess specific autoantibodies that disable important immune system proteins known as interferons. These interferon-disabling autoantibodies were not found in infected individuals who were asymptomatic or mildly ill, or in healthy individuals.

Yahoo News reported that a subsequent study by the same researchers found “an additional 3.5 percent of critically ill patients had mutations in genes that control the interferons involved in fighting viruses. “

Interferons are particularly important in protecting the body against new infections and, the authors wrote, “individuals that lack specific interferons can be more susceptible to infectious diseases.”

Lab studies, Yahoo News wrote, have shown that some individuals with Covid appear to have suppressed interferons. These studies are particularly important because they provide a potential genetic explanation as to why some people are more susceptible to severe illness following Covid infection than others.

Unexpectedly, the Science study’s researchers reported that the patients in the study did not appear to make autoantibodies in response to coronavirus infection, but seem to have possessed them before becoming infected. For some reason, the autoantibodies in their bodies had not caused issues in the patients before, but Covid infection or the subsequent immune response appears to have triggered them.

Even more unexpectedly, the researchers reported that 94% of the Covid patients in their study who possessed autoantibodies were male. This was a surprising result, as autoimmune disease is generally far more common in females.

Researchers at Yale School of Medicine suggested that this autoantibody disparity could potentially be due to the fact that several of the genes responsible for the immune system’s response to viruses are located on the X-chromosome, of which male-bodied people have only one.

“If so,” the researchers wrote, “males would be more vulnerable because they depend on a single copy of these genes on their X chromosome, unlike females, who have a back-up gene copy on a second X chromosome.”

Studies have shown that severe Covid outcomes are due less to viral replication and more to the delayed and exaggerated innate immune system response. Specifically, the virus can trigger a “cytokine storm,” the “excessive and uncontrolled release of pro-inflammatory cytokines” in the body, which can lead to “acute respiratory distress syndrome (ARDS), multiple organ failure, and death.” These cytokine storms were previously seen in SARS and MERS patients, and now appear to be a main culprit in severe Covid illness.

“The observation that men have more severe COVID-19 outcomes is likely to be multifactorial, including the fact that women usually mount a stronger immune response to viral infections,” a study by Franck Mauvais-Jarvis MD, PhD, Director of the Diabetes Discovery Research and Sex-Based Medicine Laboratory at Tulane University Health Sciences Center and colleagues wrote. “This difference in immune response is due to genetic differences in sex chromosomes and possibly the immunomodulation by sex hormones.”

Clinical trials are currently underway to explore the potential of estrogen and progesterone treatment in reducing the severity of Covid illness.

“Both estrogen and progesterone have shown immune modulating activity through their individual receptors on cells,” Dr. Patricia Thompson, Deputy Director for Research at Stony Brook University Cancer Center, told Endocrine Web. “At this time, we do not know if estrogen or progesterone would be better at modulating patient immune response to COVID19. Our interest in estrogen stems from prior evidence of the effects of estrogen through expression of its receptor on immune cells to enhance antibody responses and viral clearing immune responses. In contrast, progesterone has been shown to have greater immunosuppressive effects. This may be more important in preventing later inflammatory effects.”

A 2017 study by researchers at the American Association of Immunologists, Inc., found that “women exhibit stronger innate, cellular, and humoral immune responses to all pathogens in contrast to men as a result of differences in the effects of sex hormones and the gene dosage on sex chromosomes.” This phenomenon, they noted, contributes to lower susceptibility to viral infections “in females in contrast to males, even when infected with lower viral load levels or higher rate of viral clearance.”

Another factor researchers have noted that may contribute to the sex disparity in Covid is that a number of pre-existing conditions, including “hypertension, cardiovascular disease, chronic lung disease, diabetes, and cancer,” all of which increase an individual’s susceptibility to illness, are more common in male-bodied people than in female-bodied people.

Women more likely to be ‘long-haulers’

In a piece published in August, the British Medical Journal defined post-acute Covid-19’ (a.k.a. “long Covid”) as illness “extending beyond three weeks from the onset of first symptoms, and ‘chronic Covid-19’ as extending beyond 12 weeks.”

Sufferers of this lingering illness have been dubbed “long-haulers,” and they can experience a variety of symptoms, the most commonly reported being extreme fatigue, shortness of breath, and brain fog.

The U.S. Centers for Disease Control and Prevention reported in July that, in a follow-up survey with symptomatic adults who had tested positive for coronavirus, 35% of the patients had not returned to their usual state of health 2-3 weeks after testing. The British Medical Journal reported that approximately 10% of patients who have tested positive remain ill beyond 3 weeks.

Puzzlingly, studies have shown that women are as much as four times more likely than men to experience long-lasting Covid symptoms. There have not been conclusive findings that explain this disparity, although it may be of note that patients with myalgic encephalomyelitis/chronic fatigue syndrome (ME/CFS), a debilitating post-viral illness that in many ways resembles long Covid, display a similar gender ratio of 4:1, affecting more women than men. As with long Covid, the reason for the gender disparity in ME/CFS is not definitively known.