Coronavirus (Covid-19) and re-infections: More people are getting COVID-19 twice, suggesting immunity wanes quickly in some 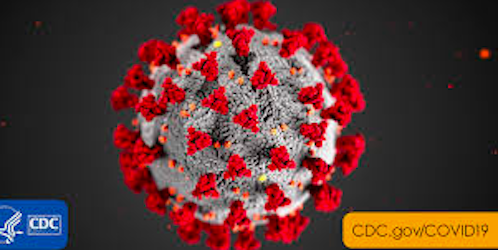 “In late June, Sanne de Jong developed nausea, shortness of breath, sore muscles, and a runny nose,” Jop de Vrieze writes for Science magazine. “At first, she thought it might be lingering effects from her COVID-19 infection in the spring. De Jong, 22, had tested positive on 17 April and suffered mild symptoms for about 2 weeks. She tested negative on 2 May … and returned to work as a nursing intern in a hospital in Rotterdam, the Netherlands. But when her symptoms re-emerged, her doctor suggested she get tested again. ‘A reinfection this soon would be peculiar, but not impossible,’ she told De Jong, who by then had again lost her sense of smell and had abdominal pains and diarrhea. The call from her municipal health service came on 3 July. De Jong had tested positive again.  … Scientists are keenly interested in cases like hers, which are still rare but on the rise. Reinfections hint that immunity against COVID-19 may be fragile and wane relatively quickly, with implications not just for the risks facing recovered patients, but also for how long future vaccines might protect people. “The question everybody wants to answer is: Is that second one going to be less severe most of the time or not?” says Derek Cummings, who studies infectious disease dynamics at the University of Florida. … South Korean scientists reported the first suspected reinfections in April, but it took until 24 August before a case was officially confirmed: a 33-year-old man who was treated at a Hong Kong hospital for a mild case in March and who tested positive again  … after returning from a trip to Spain. Since then, at least 24 other reinfections have been officially confirmed — but scientists say that is definitely an underestimate. To count as a case of reinfection, a patient must have had a positive polymerase chain reaction (PCR) test twice with at least one symptom-free month in between. But virologist Chantal Reusken of the Dutch National Institute for Public Health and the Environment (RIVM) explains that a second test can also be positive because the patient has a residue of nonreplicating viral RNA from their original infection in their respiratory tract, because of an infection with two viruses at the same time or because they had suppressed but never fully cleared the virus. So most journals want to see two full virus sequences, from the first and second illnesses, that are sufficiently different, says Paul Moss, a hematologist at the University of Birmingham. ‘The bar is very high,’ Moss says. ‘In many cases, the genetic material just isn’t there.’ Even if it is, many labs don’t have the time or money to clinch the case. As a result, the number of genetically proven reinfections is orders of magnitude lower than that of suspected reinfections. The Netherlands alone has 50 such cases, Brazil 95, Sweden 150, Mexico 285, and Qatar at least 243.The Hong Kong patient’s second infection was milder than the first, which is what immunologists would expect, because the first infection typically generates some immunity. That may explain why reinfections are still relatively rare, says Maria Elena Bottazzi, a molecular virologist at Baylor College of Medicine and Texas Children’s Hospital.They could become more common over the next couple of months if early cases begin to lose their immunity. Reinfections with the four coronaviruses that cause the common cold occur after an average of 12 months, a team led by virologist Lia van der Hoek at Amsterdam University Medical Center recently showed. Van der Hoek thinks COVID-19 may follow that pattern: “I think we’d better prepare for a wave of reinfections over the coming months.” That’s “bad news for those who still believe in herd immunity through natural infections,” she adds, and a worrisome sign for vaccines.” Jop de Vrieze, “More people are getting COVID-19 twice, suggesting immunity wanes quickly in some,” Science.