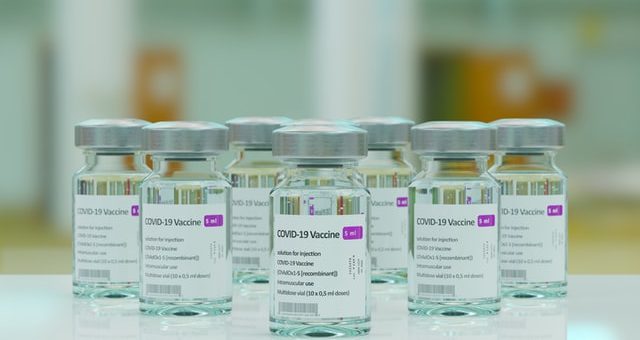 - photo by Braňo on Unsplash

For the last few months, news sources across the country have increasingly been reporting alarming evidence that, since the beginning of U.S. vaccine distribution in December, vast numbers of vaccine doses have gone to waste, with numbers still increasing in some states to this day.

The New York Times reported in early August that, according to a survey of data from 10 U.S. states, 1 million doses of the vaccine have been wasted since December; these numbers are likely far higher when taking into account trends in the remaining 40 states as well.

This practice has been noted as early as January of this year, when NBC News reported on some shocking situations, including cases of hospital employees roaming their hallways to find people to vaccinated so that doses would not go to waste, only to find that the vaccines had been considered expired and disposed of in the meantime.

“This kind of thing is pretty rampant,” Dr. Ashish Jha, dean of the Brown University School of Public Health, told NBC News. “I have personally heard stories like this from dozens of physician friends in a variety of different states. Hundreds, if not thousands, of doses are getting tossed across the country every day. It’s unbelievable…hospitals that do report this get pilloried in the press for wasting vaccines, so many hospitals are not reporting and this is happening across the country.”

Prior to use, Covid vaccines are stored at freezing temperatures; they arrive frozen at vaccine distribution centers, and are then thawed and stored in refrigerator units until use. Moderna and Pfizer vaccines have different preparation methods but, according the the Centers for Disease Control and Prevention (C.D.C.), after thawing, both vaccine types, when unpunctured, can be stored in refrigerator units “between 2°C and 8°C (36°F and 46°F)” for up to 30 days. Punctured Moderna vaccines may be stored “between 2°F and 25°C (36°F and 77°F) for up to 12 hours.” Pfizer vaccines, once mixed (a method of preparation) “can be left at room temperature (2°C to 25°C [35°F to 77°F]) for up to 6 hours.”

In all cases, after the allotted time frame has passed, if the vaccine has not been used, it must be discarded, as it is considered to be spoiled and no longer viable for use.

There are many potential reasons for vaccine wastage, the New York Times reported, including “breakage, storage and transportation problems, expiration, and shots that were prepared but not used after people did not show up for appointments.” The primary reason however, they speculate, is due to declining demands for the vaccine, despite recently increasing cases of the highly contagious Delta variant of the Covid virus.

Vaccine rates have increased slightly since early August, before which they were at an all-time-low, according to New York Times data. However, rates now sit at approximately one-fifth of what they were during the peak of vaccine administration in April.

According to C.D.C. vaccine-tracking data, 58.2% of the U.S. population has received at least one dose of the vaccine, and 49.9% has been fully vaccinated. CNN calculated that, “If the US picked up vaccinations to the April pace (around 2 million people receiving their first shot each day), it would take only a month and a half to reach all eligible people.”

Despite this, huge portions of the population are still refusing vaccination, for various reasons, and hundreds of thousands, if not millions, of vaccines are going to waste to this day.

NPR recently reported that, “in North Carolina, for example, more than half a million Pfizer shots are set to expire by the end of August. Alabama just threw away 65,000 doses. Last month, Arkansas said it was going to toss 80,000.”

Several months ago, people across the U.S. were struggling to find extremely limited vaccine appointments and that, to this day, millions of people in countries around the world have not yet been given even the option to get vaccinated.

“I’m angry, upset, disappointed,” José R. Romero, the Arkansas secretary of health, told NPR. “As a nation, we’ve worked so hard to get these vaccines out, and not to have them accepted by the public is very disappointing, very disappointing. If you look at it from a global point of view, millions of people are affected by this virus around the world and we’re throwing it away. It is difficult to understand and difficult to accept.”
Currently, “red tape and logistical challenges” create an effective barrier to states being able to donate leftover, soon-to-expire doses, NPR reported. In addition to concerns surrounding the overseas transportation of vaccines, which are fragile and must be kept at specific, consistent temperatures, there are also legal obstacles.

States cannot bypass the federal government to donate leftover vaccines abroad, and the government faces legal concerns, including, according to NPR, “concerns among drugmakers about liability if their products cause harm in another country.”

International advocates and public health agencies appear to be putting pressure on the U.S. to find a way to send their leftover doses abroad.

“Every dose available right now remains a precious resource in the face of the global surge of the delta variant,” Dr. Carissa Etienne, director of the Pan American Health Organization, an international public health agency affiliated with the World Health Organization, told NPR. “Please don’t wait until you have surplus doses. You [countries that have enough doses] need to share out of what you have now.”