Coronavirus (Covid-19) and the vaccine: Who is lying, and about what, and why? 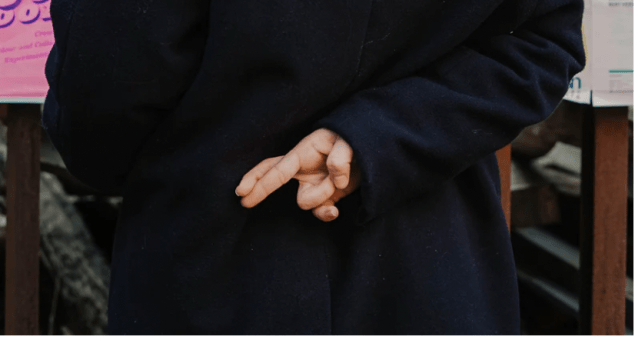 - photo by Toa Heftiba on Unsplash

Perhaps it’s not surprising that we’re hearing of people who are lying — again, or still, or more and more — about the coronavirus (Covid-19) vaccine.

Of course, there are also people lying about the supposed side effects of the vaccine, spreading misinformation that can discourage people from getting it. Let’s explore.

One of my online groups sent around a piece the other day about parents who are lying about their children’s age to get them vaccinated.

“I just watched a piece about parents who are lying about their child’s age in order to make them eligible for the vaccine. Here is the link:” one participant wrote.

“This is very heartbreaking, on the one hand officials are asking parents to be patient and yet children and those who are immunocompromised are sitting ducks. There is only so much masking and social distancing will prevent the virus, especially if you must interact in a community and at this point unless you plan on isolating yourself and becoming a hermit it’s impossible to protect yourself with any degree of medical certainty.

“You can’t blame people for ‘lying’ at this point, to no fault of their own… the science and the medicine have been very inconsistent at the end of the day people’s lives are at stake.”

Another longtime vaccine hunter chimed in, “People have been lying about their kids’ age since February!”

Clinical trials are under way on the vaccines to establish safety to the satisfaction of the FDA for anyone under 12, which is currently the lower age limit in the U.S., and that’s only for the Pfizer vaccine. Until the FDA says it’s safe, experts say, “Don’t do it!”

Is it ever O.K. to lie about something like this?

Wanting to hear from an ethicist, I reached out to Dr. Charles E. Binkley, a cancer surgeon who is
director of bioethics at Markkula Center for Applied Ethics at Santa Clara University, a Jesuit institution in Silicon Valley. (See an abridged transcript of my chat with Dr. Binkley here.)

Binkley pointed out that for many people, the idea of an end justifying the means is important: If the end goal is deemed to be good, then the means might be O.K. ethically.

“In law, there is the ‘fruit of the poisonous tree,'” he said. “If evidence was was gathered in an illegal fashion, it’s inadmissible because it’s an evil or bad means, and it doesn’t justify a good end. So almost universally, we acknowledge that an evil means doesn’t justify good ends — you can’t justify bad actions by the outcome.”

But of course a lie for a good outcome can be acceptable in some cases — for instance, he described a hypothetical case in which a vaccine-carrying ship is waylaid by pirates, and the captain lies about the presence of vaccines on board. The ship can then proceed to its destination and vaccinate people. That lie, he said, would be justified by a greater good.

“I don’t think you’d be justified in lying for a couple of reasons. Because first of all, the bad act of lying isn’t justified by any greater good.” Also, he pointed out, the science about vaccines for children under 12 has not proven that it’s safe, so it might actually be dangerous. And for some people, a second shot (of a different vaccine) or a third shot might be dangerous by provoking an immune response that would “overshoot” the immune system. So until the science is there, it’s not a good idea.

A patient in chemotherapy

On the other hand, he said, a friend’s father who is in chemotherapy took a blood test, showing that — although he had been vaccinated — he hadn’t mounted an immune response. He had a doctor’s note recommending a third shot, but couldn’t get one.

“He has had the darndest time, because there’s no protocol out there for third dose. No one’s going to want to give it, especially the commercially available places like the CVSes, and other large immunization clinics. They’re not going to give you a third dose because it’s not approved — there’s no protocol for doing it,” he said.

“I think that the moral burden there is on the physician, to do more than simply say, ‘You need to go and get a third dose.’ I think that the moral burden there, the ethical burden, is not just to write an order, but to actually make sure that the patient gets what the patient needs. I don’t even think in that situation, it would be justified to lie to get a third dose.

“So I don’t think there are many instances when an individual would be justified to lie in order to get that individual or one other individual a dose of vaccine.”

(See an abridged transcript of my chat with Dr. Binkley here.)

Thinking back to February

In January and February, when vaccines were scarce, we heard of people who conjured up a fake set of working papers as a restaurant worker when New York City made food workers eligible. Other people, we heard, were looking for doctor’s notes saying they were immunocompromised to jump the line.

Many people qualified for early shots because they had a high body mass index, or B.M.I., signaling obesity, which is a risk factor for Covid. One person I know said that she qualified — as a sports enthusiast and all-around extremely fit person, she is short-ish and thus qualified on the B.M.I. qualification. But she didn’t tell any untruths.

There was a lot of whispering then about “she certainly doesn’t qualify” — when in truth, many people with an immunocompromised condition or other status that’s not visible to the naked eye indeed qualified, and weren’t lying, but might have aroused others’ suspicions.

And that’s not all. In the early going, people were allowed to get a vaccine in some cities and states only if they worked or lived there. So there was a bit of finagling going on.

More complicated: People who are living in this country undocumented were shut out of the vaccine process early on. Some of the big stores like CVS and Walgreens demanded documentation — which undocumented people did not have. So those undocumented people didn’t get vaccinated in many cases — even though the stated policy of the state and federal government — especially as shortages eased and vaccines were widely available — was to ask for no documentation.

A number of people like Binkley’s friend’s father have been told that they should think of a second shot (if they had Johnson & Johnson’s one-shot regime) or a third (if they had the two-shot initial series).

But, like that friend’s father, they have been told they cannot get it — since the protocols don’t exist yet. These people include immunocompromised people, older people, people who reacted badly to the first shot of Pfizer, like my friend Joanne Kenen of Politico. She’s a longtime health journalist and a relentless force of nature. But getting the second shot of non-Pfizer very nearly didn’t happen, because the system is not set up for people like her, as she writes in this piece.

A woman I know went through this recently, as we wrote in this piece. Advised by her doctor to get a shot to boost her one Johnson and Johnson, shot, she wrote, “I went to CVS and mistakenly disclosed that I have the J&J shot, so they refused to give me the Pfizer shot at that time.”

Are shots being thrown away? Shouldn’t they be used, if possible?

Katelyn Jetelina, who writes as “Your Local Epidemiologist” on Substack, wrote the other day about booster shots and similar matters. A commenter on her piece noted that vaccine doses are being thrown away. ” I keep reading about extra, unused vaccines not being used. What if we started giving that surplus of vaccines as a booster? For example, I had my second vaccine in the middle of February, I am willing to go get another dose. Can’t hurt. So why not. Seems like a good use instead of disposing of it as it expires,” he said.

She replied, “i personally know a lot of people doing that right now. and actually the ACIP at the CDC agrees. it was clear at the meeting last week that we’re waiting for FDA”

In this context, we should note that a lot of unvaccinated people are lying about their status. I wrote a piece about the unmasking controversy at places of worship regarding the Centers for Disease Control and Prevention in May. A Twitter member named TClark_nurse wrote: “So bizarre that our Church Pastor announced yesterday at church to the congregation those who have been vaccinated may take their mask off but those who have not should leave them on! My husband and I almost got up and walked out of our church but instead we took ours off as well.”

And fake vaccine passports are in circulation, at one point available on eBay.

Also there are a ton of people who are circulating misinformation about the vaccine’s supposed side effects on social media and elsewhere, without any evidence. Isn’t this conscious lying? Or do they get a pass because they are misinformed, hoodwinked, inattentive to facts?

If you wanted to go really deep, you could talk about the general breakdown in societal norms: I want to protect you for the good of the community, and for my own good, but when I see others acting badly, I start to wonder why I’m the only Girl Scout.

The previous administration contributed to this breakdown mightily, but it was already a force in place (Michael Milken, Enron, junk mortgages, you name it). But now it’s not just robbing people of their savings and their retirement, it’s actually killing people.

I’m not immunocompromised but I know some reading this are. I want to protect you and everyone else!.And it really does make me angry to think of people not masking and not vaccinating, and contributing to the general misery and body count. And straining the health care system, costing us all a ton of money, harming the economy, and — oh yeah,  killing others.

One of our long Covid acquaintances lost her mother to Covid three days before her mother was to have had her first vaccine.