Coronavirus (Covid-19) and the vaccines: The third shot is here, for immunocompromised people. How does it work? 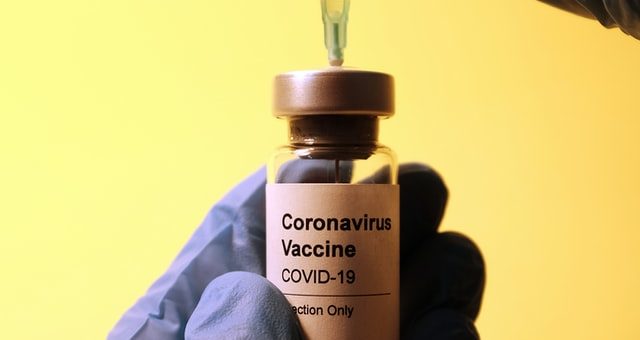 Third shots of the Covid vaccine are now being broadly recommended for people who are immunocompromised. But like a lot of the rest of the vaccine rollout, the change in policy has been a little rocky. 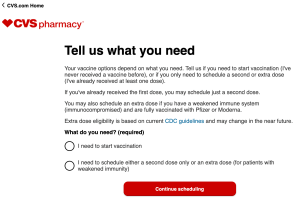 So it wasn’t a complete surprise Aug. 13 when the Food and Drug Administration and Centers for Disease Control and Prevention announced that they were recommending the extra shot.

First things first: Ask your doctor. The shot may not be appropriate for you.

The Centers for Disease Control and Prevention listed who is eligible:

“Currently, CDC is recommending that moderately to severely immunocompromised people receive an additional dose. This includes people who have:

How do you do it?

First, talk to your doctor to make sure you should get one.

Then you can register at the web sites of the big box stores, or use vaccines.gov or vaccinefinder.nyc.gov.

Early reports say this is being done on the honor system, with self-attestation — no doctor’s note seems to be needed.

As we understand it, the C.D.C. is recommending the third dose be of the same that you got before: So if you got two Pfizers, you should get a third Pfizer.

A friend who received the one-shot Johnson & Johnson vaccine in the spring said her doctor had recommended that she get a shot of either Pfizer or Moderna, but she had trouble doing that. We wrote about it here.

The C.D.C. addressed this in its explainer: “Emerging data have demonstrated that immunocompromised people who have low or no protection following two doses of mRNA COVID-19 vaccines may have an improved response after an additional dose of the same vaccine. There is not enough data at this time to determine whether immunocompromised people who received the Johnson & Johnson’s Janssen COVID-19 vaccine also have an improved antibody response following an additional dose of the same vaccine.”

Meanwhile, some medical practices are forging ahead. ColumbiaDoctors, Weill Cornell Medicine and NewYork-Presbyterian sent an email titled “FDA Authorization on Booster Shots for Immunocompromised Individuals” to patients on Aug. 13. It read, in part: “As you may have heard in the news, the US Food and Drug Administration (FDA) authorized Pfizer and Moderna COVID-19 vaccine booster shots for certain people who are immunocompromised, specifically, solid organ transplant recipients or those who are diagnosed with conditions that are considered to have an equivalent level of immunocompromise, such as cancer and HIV patients.

“These individuals with compromised immune systems who can receive the booster, will be administered the same Pfizer or Moderna shot they received previously. Those who received the Johnson & Johnson vaccine, will receive a Pfizer shot.”

“We anticipate that next week we will begin offering the booster shots to our immunocompromised patients. We will provide more information once guidance from the CDC is released.”

(Update, Aug. 17) ColumbiaDoctors, Weill Cornell Medicine and NewYork-Presbyterian sent an email update with this sentence: “Please note: Currently, an additional dose is not recommended for those who are immunosuppressed and received a Johnson & Johnson COVID-19 vaccine.”

“This week, we are going to prioritize people who are in any of the following groups to receive this third dose of the vaccine:

A friend wrote: “I just scheduled a covid-19 third vaccine for myself at cvs. They are available to those with weakened immune systems. They do not require any proof of being immune compromised. It goes by the honor system. ”

A Facebook poster wrote on Sunday: “Just got the 3rd shot for being immunocompromised at CVS with an appointment. The man before me was there for the same thing with a walk-in. No problems, no questions, and they didn’t ask for proof. Pretty easy except I had to wait 45 minutes plus 15 after the shot, and there were tons of people coming in to pick up their meds with no masks on

The New York Times reported on Sunday that further booster programs are being planned.

“With a stockpile of at least 100 million doses at the ready, Biden administration officials are developing a plan to start offering Covid-19 booster shots to some Americans as early as this fall, even as researchers continue to hotly debate whether extra shots are needed, according to people familiar with the effort,” Sharon LaFraniere wrote.

“The first boosters are likely to go to nursing home residents and health care workers, followed by other older people who were near the front of the line when vaccinations began last year. Officials envision giving people the same vaccine they originally received. They have discussed starting the effort in October but have not settled on a timetable.

“While many outside experts argue there is no proof yet that the vaccines’ high level of protection against severe disease and hospitalization is waning in the United States, administration officials say they cannot afford to put off figuring out the logistics of providing boosters to millions of people. The spotty nature of the nation’s disease-reporting network makes the question of timing even trickier.”

The Times reported that “More than a million Americans have already managed to get booster shots, even though the Food and Drug Administration has not even been asked to rule on whether they are safe or effective.”

Both Moderna and Pfizer “are expected to apply soon to the F.D.A. for authorization of a third shot of their existing two-dose vaccines. Moderna is studying the effectiveness of both a full dose and half dose as a booster,” The Times reported.