Coronavirus (Covid-19) and the vaccine: Rolling out the vaccine to 5- to 11-year-olds. What we know so far. 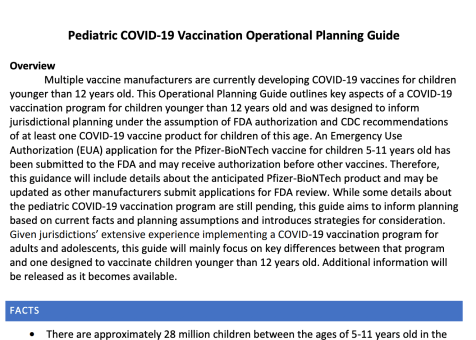 By Jeanne Pinder and Virginia Jeffries

Covid vaccines for children aged 5 to 11 are likely to be approved for distribution in early November by the Centers for Disease Control and Prevention in the United States.

The decision on giving vaccines to younger kids will affect as many as 28 million children ages 5 to 11. The CDC is expected to give authorization Nov. 2 or 3, and shots can begin the next day.

In advance of the approval, parents are asking a lot of questions about what will happen and when — on social media, through their elected officials and through their medical professionals.

We want to help answer those questions. So we asked a lot of doctors, medical practices, public health officials, pharmacies and so on for comment — and they all said some variation of “we don’t know yet” or “the CDC hasn’t approved it” or “we’ll get back to you.” Or “Did you see my blog post?” 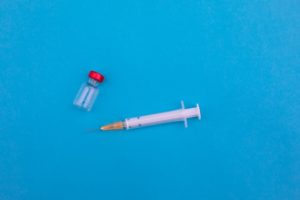 So — while we don’t have all the answers, and we won’t for some time, some things are clear from earlier reports. So we’re starting here, with what we know (and freely acknowledging what we don’t know).

The Biden administration has issued a policy that, not surprisingly, places a lot of responsibility at the state levels, as the federal government did in the preceding rollouts. This policy is published but vague, saying that more than 25,000 pediatricians nationwide and more than 100 children’s hospitals and health systems, as well as thousands of pharmacies, will be involved . Details of rollouts in some states are more specific than in other states at this point, Oct. 27, as we set forth to tell what we know.

How will it work? Here are some questions. Expect updates.

Where should I start?

First: Call your pediatrician’s office. This will vary greatly from state to state, from practice to practice.

I don’t have a pediatrician. What should I do?

Your local public health practice — state or county government, a public hospital, federally qualified health center, or a local group of parents who compare notes — should have information. We also see a lot of really good information being shared by parents on social media, much as it was in the earlier rollouts. But beware: Social media can also be a source of misinformation.

Will I be able to get my children vaccinated at the pediatricians’ office?

Some pediatricians will be vaccinating children, and some won’t. Call and ask.

Will I have to make an appointment?

It depends. We have seen some plans for walk-in locations, and some planning appointments-only operations.

Can we just go to the local chain drugstore, like CVS or Walgreens?

We asked the major chains what they expect. CVS told us on Oct. 26 that they are awaiting guidance. Other big chains did not respond to our query.

I hear that the Biden administration has a plan. How will that work?

President Biden has put out a plan that defers a lot of power to the states. In Iowa, vaccine orders are in place and the plan is to send the vaccine to county health departments, pediatricians, family clinics and pharmacies, according to WeAreIowa. In Michigan, the Detroit News reported that the Gov. Whitmer’s administration ordered 287,000 doses and has ordered state agencies to encourage pediatricians and other providers to get ready to vaccinate children. So your state government is likely to play a major role, and perhaps also the county health departments. That’s what happened in the earlier rollouts.

Chain pharmacies were included in the Federal Retail Pharmacy Program and seemed to operate under different rules from the state-mandated vaccine rollout partners in the various states. In previous rollouts, independent pharmacists were sometimes very nimble, much more so than the chains. 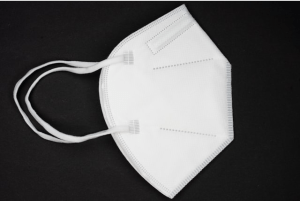 What’s the difference between an adult dose and a kid dose?

The children’s dose is 10 micrograms; the adult dose is 30 micrograms.

Is it one shot or two?

As with the adult Pfizer vaccine, it’s a series of two shots, spaced three weeks apart. In past rollouts, the people who administered the first shot scheduled the second shot at the appropriate time.

Why is it only Pfizer, not the others?

Pfizer is the only company that has done trials for children aged 5 through 11. The Washington Post reported that Pfizer trials for younger children, between 2 and 4, and then children under 6 months are underway, with results possible before the end of the year.

Moderna is also running clinical trials within that age group, but the data isn’t expected until late fall or winter, Healthline reported. The trials were recently expanded to seek to catch more possible reports of side effects, The New York Times reported.

Johnson & Johnson is also reportedly planning trials in children under age 18, but no timeline has been reported, Healthline said.

Can parents register their kids now for an expected vaccine approval on Nov. 2?

We have seen reports of pediatric practices that are accepting registrations, but that is the exception and not the rule. Some pediatricians have told their patients they will not be doing vaccines at all.

Previously, registrations were widely available only after formal approval by the CDC. This practice is expected to continue in this case; that approval is expected in early November.

You said it’s up to the state. What does that mean: Should I call the governor?

As we understand it, every state will make its own decisions about how to distribute its vaccine, quite like the initial rollout of shots for adults. So it might be that your governor is settling power on city and state officials, while reserving certain decisions for herself. It’s a feature, not a bug: If it came from Washington in every case, it would not be the United State of America.

What is the CDC saying?

There’s a page on the CDC site with guidance, including an operational planning guide for vaccinating children under 12. It specifies storage temperatures and procedures; for example, an opened vial must be used within six hours.

The public is directed to use vaccines.gov to find locations that have pediatric vaccines, once approval is in place.

The rollouts before also seemed disorganized. Wait, they WERE disorganized. But let’s remember, this has never been done before. Also, let’s try to think the best of the health care system — this is a monumental task.

Also, from the previous rollouts, starting last December, some of the best sources of information were Facebook groups of “vaccine angels” — people who could understand and play the system, and volunteered to make appointments for people who found it challenging. We understand that Facebook is a complicated thing, but these Facebook groups were an amazing resource. Here are some:

Many are closed, but some remain open. In New York City, there are several. Here’s a  list. Again, the best place to find vaccine sites remains the federal one (vaccines.gov) and the New York City one (vaccinefinder.nyc.gov). There will be others in your locale.

My child is terrified of needles. Any advice?

We sympathize. There’s no easy answer for this. The New York Times recently published this helpful handbook with suggestions for easing the pain.

But children don’t actually get Covid that often, or get that sick. So why vaccinate them?

Children do get Covid frequently, and they can get very sick. Sometimes they die. We have been writing about this since the summer of 2020.

Also children can suffer long-lasting effects, of the type referred to as “long-Covid.” Children can also get Covid and then spread it to others, even if they themselves are not that ill. Children are also at risk of MIS-C (Multisystem Inflammatory Syndrome in Children), a life-threatening condition that can develop in children after a Covid infection.

Epidemiologists note that vaccines do not prevent all cases of a disease. But if we can prevent some, make some less serious, and reduce the spread from those who do get sick, we will be better able to contain Covid.

Anything else we need to know?

Vaccines are one tool in the fight against the pandemic, epidemiologists say.

Masks are important. Distancing is important. If you must gather, gathering outside is safer than gathering inside. Good ventilation in indoor spaces will also help.

Test and/or quarantine at the first sign of symptoms. Your behavior affects family, friends and the community at large. Stay safe.