Coronavirus (Covid-19) and the pass: The New York Excelsior pass, and how those vaccine apps work (or don’t work) 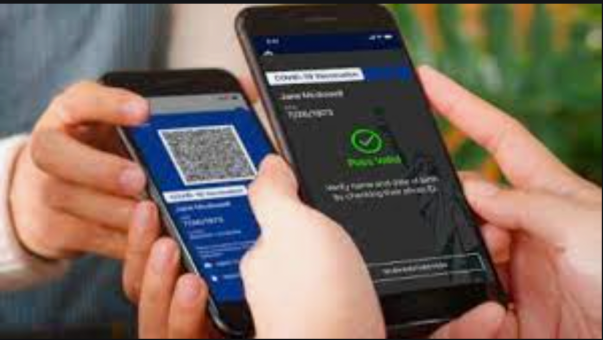 By Jeanne Pinder and Virginia Jeffries

How well do those electronic vaccine confirmation passes on your phone work? We did a little bit of digging, and found out that it’s a mixed bag.

The Excelsior pass is the New York State version, and that’s our focus here. It or something similar is needed to show vaccination status for a host of activities: In New York City, the vaccine requirement, known as Key to NYC, applies to dining indoors at restaurants, working out at the gym, indoor entertainment, nightclubs, pools, city museums and other cultural institutions.

We have heard many other reviews from other states’ vaccine pass apps. This piece will discuss New York’s Excelsior Pass.

There are a lot of happy customers out there: Here’s a sampling from my local Facebook group in response to my question about experiences with the pass.

“I have the Excelsior pass. Easy to use and much prefer it to carrying the physical card.”

“No complaints and it’s the only thing I use now. Frankly I don’t even know where my original card is so the benefits of having it search your dates and having them at your fingertips based on ID was incredibly helpful. It’s seemingly accepted at all places.”

“It works well. I recently found out that it has a QR code, if you click on it. I never saw anyone scanning it or asking to show it. They just look at the first picture. It’s a little confusion [sic] which places in NYC require id’s for minors and which places don’t. I don’t mind bringing my son’s passport if it’s needed, but I don’t want to always carry it with me.”

“I love it. I have my entire family and my disabled SIL’s proof on my phone. Amazingly easy, Android phone.”

“Very easy to get and use for us. We didn’t want to get it for privacy reasons, but ultimately did – I don’t want to carry my card around or have my daughter carry hers. A picture on your phone works sometimes – but not always in NYC.”

But not everyone was happy.

A Pelham woman wrote in a Facebook exchange describing her husband’s situation, and her own: “As an UNi prof in the city, he was directed to the uni’s vaccine program in late Jan 2021, all set up by the faculty, with a second shot 3 weeks later. When Excelsior was launched in April (?) and he attempted to set it up to access the campus, he noticed that his name on the CDC card was misspelled, 2 middle letters of his last name were in reverse order.

“He attempted to log in excelsior with his name misspelled as per the card, no luck, then spelled correctly as per UNi records, no luck. Tried couple more spelling, then emailed HR as this would have restricted his access to the campus to teach.”

Speaking on condition that we not use her name, she added, “In my case, I was vaxed in the Belmont facility in Long Island in late March. … My info was entered online by myself, and it is all correct, one proof is that when I log in my insurance provider account , the vaccination records show up correctly, no misspelling. Even so, Excelsior app cannot not find me when I enter the information.

“I plan to try again today, in case the system was ‘updated’, and will let you know either way. Since excelsior pass is not critical for me, I gave up after two attempts, this was sometime late summer. I did read somewhere that up to 120K people are not able to retrieve their records from the excelsior system. oh and hubby has an iphone too , and I have Android. I can’t see any reason why type of phone makes a difference, but who knows 🙂

Laurie Ulster, a freelance writer and editor in Pelham, wrote in a Facebook exchange:

“Hi! My tale of woe is simple: I cannot get the Excelsior Pass to recognize my info. I tried several times. I called the local pharmacy where I got vaccinated and we went through all the info painstakingly, checking for misspellings or variations. Everything was correct. They resubmitted it, just in case, but it has made no difference.

“I did download the app, and it noted when I had been (recently) tested, but still has no record of my vaccination. When I fill out the request form to have them look into my records, I eventually get a reply telling me to call the pharmacy again, which is obviously pointless.”

A friend on the same thread suggested that there is an email address to use to fix this. Others said they had tried this, with no success.

Another friend chimed in: “stop by your Dr’s office and have them make a copy of your vaccine card to enter your correct info in NYSIIS. Once they do that then you can use the Excelsior pass. It’s the same for anyone who received shots out of state.”

Ulster replied: The “suggestion to go see my doctor is inconvenient… my doctor was not involved in my vaccination and is in NYC while I’m now working remotely from here in Pelham.”

“So I gave up, and have photos of my vaccination card but I also bring it if I am traveling or going to a concert or something where it’s required.

“At this point, the effort to get it into the app is greater than the effort of just bringing the card with me and taking care of it.”

More unhappy people, and some happy ones

One woman wrote: “I got the shots in a pop up site in NYC and unfortunately it couldn’t find my info. When I reached out, the rep told me to go back to the site (which doesn’t exist anymore)”

Another: “i don’t use it and don’t recommend it. Take a pic of your vax card/s and keep on your personal phone… There’s way too many opportunities for breaches. i have one ‘note’ with all our family vax cards- and don’t need to sign into anything. No offense to anyone but you cannot be too careful.”

Another: “I love it. Quick and easy compared to the handwriting on my vaccination card. Hoping they’ll make the QR code more globally acceptable as it was not readable at airports / venues recently in Italy, Amsterdam and Paris.”

Another: “Love mine, but I also keep a photo of the card on my phone and carry a paper copy knowing that someday a dead battery on the phone will get me.”

Lisa Wagner, also from Pelham, wrote: “We use our excelsior pass frequently. They questioned it recently at the airport in Mexico but it ended up fine.

“Also just added the app NYCCovidSafe. it allows you to add your vaccination, pic of license and Covid test if you have recently had one.”

It’s easier, she said, because you don’t have to show your pass on your phone and then get your wallet and show your license or other form of identification.

NYCCovidSafe is only available on the App Store for iPhone. It includes not only your vaccine record, but also your ID and any recent Covid test, unlike Excelsior.

A number of people agreed that the need to show an ID with the pass or card is a hassle, for kids especially — who may not want to carry their passport all the time. Several said that a picture of the passport on a phone will work often.

Another Pelham woman also had problems. She wrote: “In theory, it is good. But initially it could not locate my vaccine record, so I was relying on the City version that takes a photo of your vaccine card. It turned out that the pharmacy had uploaded an address where I lived 15+ years ago in Virginia and the pharmacy itself was registered in the system as being in Staten Island even though the actual location where I received my vaccine was in Queens. I only found this out after calling my pharmacy directly in order to locate the records so that I could avoid a quarantine order. My earlier online queries to the excelsior pass system about the error/lack of a record were not answered.”

She ultimately solved it: “Once I knew to plug in a VA zip code and use Staten Island for the vaccine location, the record popped right up.” She did determine that they used the last address on file for her, and did not use the information on the form she filled out when they administered the vaccine.

Meanwhile, as always, there are scammers: A scam involving fake vaccine cards in the summer in New York found people who had bought cards and people who had made false reports into the system. A New Jersey woman calling herself “AntiVax Momma” was the primary culprit, Gothamist wrote.

“The investigation also uncovered the 13 public-facing employees — including at least six New York City residents — who’d purchased the cards and now face felony charges of their own,” Gothamist added. “Earlier this summer, the state lawmakers passed a bill clarifying that falsifying a vaccine card could result in up to a year of jail time, but former Governor Andrew Cuomo never signed it.

“The takedown comes weeks after Mayor Bill de Blasio signed an executive order requiring businesses to verify vaccination status for a host of in-person activities. All city employees are also required to get vaccinated or face weekly testing — with teachers subject to a full vaccination mandate.”

What you can do to fix your Excelsior Pass

We have picked up some solutions, and we welcome hearing yours. Here is a sampling.