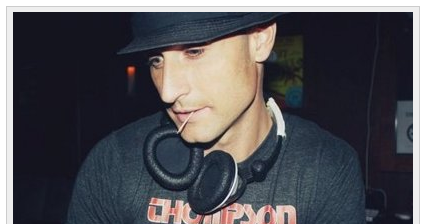 It’s a story of the health-care system run awry, from Dan Savage over in Seattle: Let’s Not Let Him Die | Slog.

I haven’t researched the nuts and bolts of this story, so I have it only from Dan Savage’s column, but it sounds basically like this: A Milwaukee man suddenly got sick. Sadly, he is uninsured.

He and his friends ask for donations.

People step forth with donations; maybe he will get the money for a diagnosis, and then perhaps he will find  treatment.

Steven (Hawley), a musician and DJ who lives in Milwaukee and an acquaintance of Savage’s, recently began to have health problems. The employee of a music equipment supply store, he did not have health insurance.  Hawley writes:

Seven months ago my life came to a screeching halt due to a sudden inability to properly exhale. My exhalation levels are less than 40% of what’s normal so far nobody has really seemed to figure out why. I have NO history of breathing problems, but this did come on me suddenly after taking two rounds of the antibiotic, Amoxicillin for an apparent sinus infection last Feb. My symptoms are:

My apartment for the last five years was very damp and musty, and there was some visible mold. What I’m not sure of, really, is if I’m the a victim of black mold some other fungus. Or if my issue isn’t primarily mold, I dunno what it is. But it’s now strongly suspected. Of course, no insurance company will touch me now due to my new ‘pre-existing’ condition and the charity/financial assistance programs here won’t do any of the necessary workups—or anything pricey really—to diagnose or treat me.

I literally have been unable to do anything for seven month. I’m so depressed, distraught & confused. My day consists of trying not to move until it’s time to go to bed. The shortness of breath 24/7 is literally that bad. My whole life as I knew it was taken away from me virtually overnight. Before this, I ate mostly raw foods, worked out, and had hardly ever been ill.

Savage (you may know his name because he’s the author of a syndicated relationship and sex advice column called “Savage Love), writes: “I want to tap the wisdom of any docs out there—particularly any pulmonologists in the Slogiverse—and tap the connections of anyone who knows any docs out there. Steven is desperate for answers and any expert advise, insight, or recommendations—that’s expert advise, insights, and recommendations from concerned and qualified individuals—would be welcome. You can share your thoughts (and qualifications) in comments or email me (savage@thestranger.com) and I’ll pass your note on to Steven.

“The second part of this bleg: Steven needs expensive diagnostic work done. He needs a bronchoscopy (a camera stuck down into chest to take a look around) as well as complicated, invasive, and expensive lung biopsies. Have I mentioned that these things are expensive? Steven is—again—uninsured and, under our current system, he is now uninsurable. He doesn’t have family that he can fall back on. With great reluctance Steven has created a Chipin account to raise money to get the tests he needs. Like a lot of Americans who have to beg for for money to pay for their health care, Steven feels mortified and humiliated about asking strangers for help. He has raised a little more than $1700 so far; the bronchoscopy he needs costs $3000. [Note: Since the Savage column, according to A.V. Club of Milwaukee, donations have more than tripled.]

“Finally: Steven has been in and out of ERs since he became ill. His frequent visits to ERs for emergency care—he goes in when he feels like he’s about to suffocate to death, the ER docs stabilize him and send him home—will ultimately cost all of us more than a bronchoscopy, biopsies, a diagnoses, and a treatment plan ever could. The expense of his frequent ER visits will get passed on to the rest of us in the form of higher health insurance premiums and higher hospital costs. Which means we’re spending more money to keep Steven in pain and in limbo than we would have to spend to heal him. It’s the US health care system in a nutshell: cruel, unusual, and obscene.”