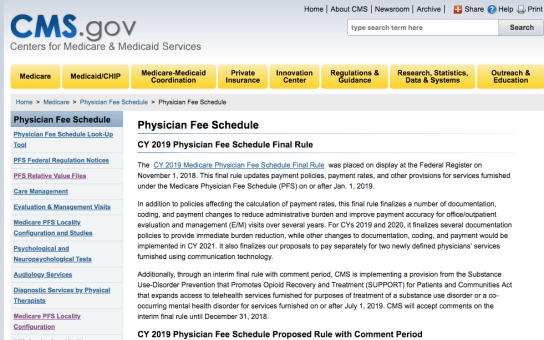 The numbers used in the health-care marketplace to identify procedures and items go by many names. One of the most common is the HCPCS code, for Healthcare Common Procedure Coding System. It’s the system used by the Centers for Medicare and Medicaid Services.

Are your eyes glazed over yet? I’m not surprised.

Why does this matter?

The codes are often five digits — 77057 is a screening mammogram, for example — but sometimes they are an alphanumeric; G0202 is a digital screening mammogram. A 72148 is an MRI of the lower back without contrast. The codes will often appear on a bill from a provider next to the procedure or item; they also often appear on the explanation of benefits from an insurance company.

If you need to question a bill, you might look up the code to see if the actual procedure or item was one that was part of your visit. There are thousands of  codes, so mistakes are common.

This can be tricky, though, because some bills omit the codes, making the system even more opaque. One of my friends asked a hospital for a bill with codes not long ago, and she was told that they would not give her the codes; she asked her insurance company, and they wouldn’t deliver the codes either. (Yes, this sounds impossible, but there you have it.)

The HCPCS coding system is used by the government to establish the rates it will pay for Medicare services, the closest thing to a fixed price in this marketplace. Here’s the government’s complicated “physician fee schedule” lookup, which begins with terms of service for something called the CPT code.

One complicated thing about the HCPCS coding system is that it’s built using the Common Procedural Terminology coding system, which was invented by, and is maintained by, the American Medical Association. It is copyrighted, and licensed for use only to paying customers. Every time you encounter a CPT code lookup tool online, odds are you will be asked to accept terms of service. The AMA earns a lot of money from using this lookup tool. The CPT categories are generally broken down into anesthesia, for example, surgery, radiology and so on.

If you’re curious about what the code stands for, you can use the CPT code finder on the AMA site. You can also find an abbreviated version on our site — in the “Find prices” box at the top of the page, type in either the number or the name of the procedure, and you’ll see an autocomplete-pulldown menu with explanations.

The codes are incredibly confusing, with a standard office visit to a doctor attaining a different code based on the number of symptoms the patient has, the age of the patient, the amount of time the doctor spends with the patient, and so on. It’s actually mind-boggling. They’re also not in real English: US means ultrasound, or sonogram, for example. That makes the coding system even harder for normal people to negotiate.

That’s why there’s a whole industry built around coding. Whole online communities where people gather to question coding practices and share expertise. There’s even a discipline called “upcoding,” which describes the practice of making sure that the maximum amount of goods and services are included on a bill.

Oh, and if that’s not enough about codes: There’s also the ICD-10, the International Classification of Diseases, maintained in the United States by the Centers for Disease Control, and internationally by the World Health Organization. They describe diagnoses and the genesis of the problem, as opposed to the HCPCS, which describes procedures.

There was big turmoil over the switch from the ICD-9 to the more complicated ICD-10, as Anna Wilde Mathews details in this fabulous Wall Street Journal article. Walk into a lamppost, or get bitten by a macaw? There’s an ICD-10 code for you. These codes speak about the both the genesis of the problem and the diagnosis. Find ICD codes here.

Also, there are DRG codes, for diagnosis-related groups. These codes, too, are not specifically about procedures, as the HCPCS codes are; rather, the DRG’s are used by Medicare to group  hospital services based on a diagnosis, type of treatment, and other criteria, the assumption being that a similar diagnoses should bring similar treatments, giving another guideline to how care is delivered to patients. (They don’t always speak to the genesis of the problem, which is what the ICD codes do.)

So a DRG for pneumonia might include a chest X-ray, a course of antibiotic treatment, a hospitalization. Find DRG codes here.

Confused? Sorry. It’s a confusing marketplace. Be glad we didn’t drag you into the conversation about RVU’s, the relative value units used by Medicare to determine prices.

Here’s a glimpse of how the codes are used, from NPR.

Here’s a description of coding from a doctor and a tech advisor to hospitals, on our blog.

For a glance at what the bills actually look like, here’s our “how to read an explanation of benefits” post.